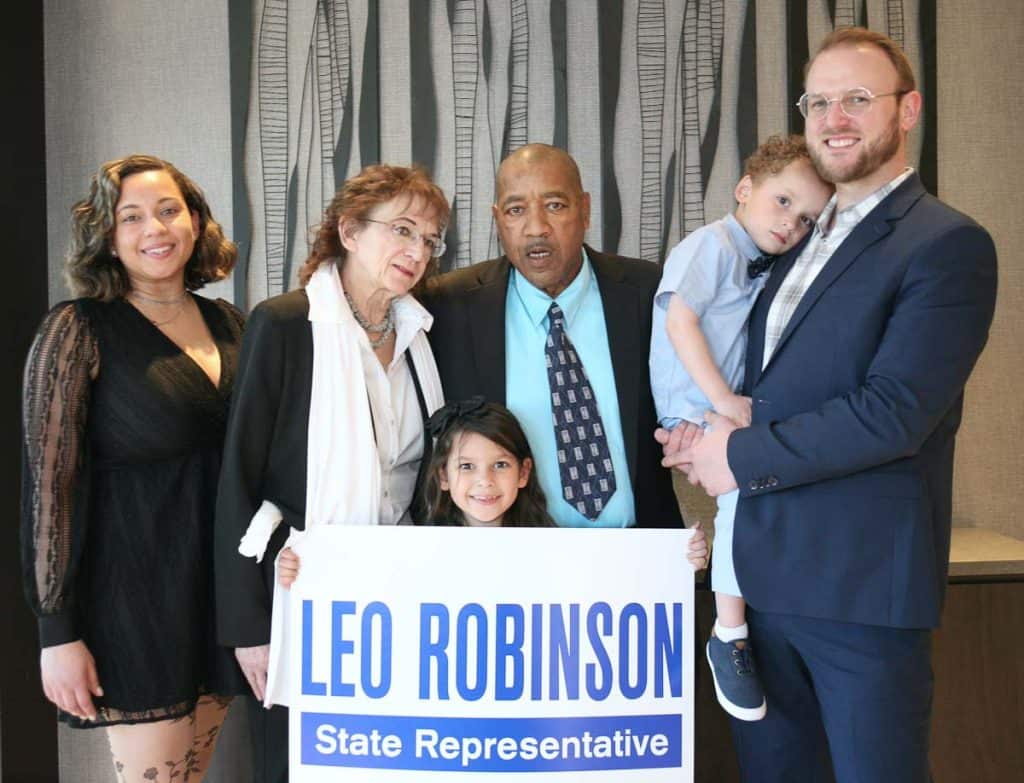 Below are remarks that were prepared for delivery by Councilor Robinson:

Ladies and gentlemen, my name is Leo Robinson. I am the longest serving City Councilor in Chelsea, and I am announcing my candidacy for State Representative in the newly formed seat that has united all of Chelsea, as well as portions of Everett.

It is with great pride and honor that I enter this race seeking to represent my life-long hometown of Chelsea. I have dedicated my entire life to service and community, and I believe that this unique opportunity will allow me to continue giving back to the place I love to call home. Our next State Representative needs to know the unique challenges facing this district and have the experience and relationships necessary to deliver the results we so desperately need.

For those of you who don’t know me or my story, I am a life-long Chelsea resident. After graduating Chelsea High School in 1968, I attended Burdett College. I also served in the U.S. Army during the Vietnam War and upon my return to the United States, launched my career as a public servant. I started coaching basketball in the Chelsea Youth League and prior to the re-organization of Chelsea city government, was elected for two terms to an Alderman At-Large. I then served on the Board of Chelsea Community Development as a commissioner for the Chelsea Housing Authority.

I am currently a Councilor-At-Large and have served five terms as President of the City Council. I am co-founder and director, along with my brother Ronald, of the Lewis H. Latimer Society. I serve on the Board of Directors & Treasurer for the Chelsea Restoration Corporation and formerly as the President of the Community Action Programs Inter-City Real Estate Board.

Proudly, I coached the girls’ basketball team at Pope John XXXIII High School for thirteen years. I served as Assistant Athletic Director and on the Board of Trustees at Pope John. I have served on The Boston Harbor Association as a Trustee and was awarded the prestigious Paul Harris Award from both the International and Chelsea Rotary Clubs. I have also been awarded the 2017 Chelsea Trailblazer Award, Resident of the Year, All Chelsea Awards in 2002, and the George Washington Medal of Honor by the Boy Scouts of America.

Throughout the COVID-19 pandemic, Chelsea and Everett have had to fight longer and harder to receive the resources necessary to protect our friends and neighbors. Those battles continue to this day when it comes to the availability of vaccinations and testing. As State Representative, I will be the tireless advocate we need to finally break this cycle and begin to put this pandemic behind us.

My priorities will also include expanding affordable and workforce housing and combating rising sea levels and climate change. Those have been my issues while serving on the Council and I look forward to taking that advocacy to the State House. One of my greatest accomplishments as a City Councilor has been the passage of the inclusionary zoning policy that is creating affordable housing in our community. We need more advocates pushing for reforms like this, and I will do just that as a State Representative. Finally, Chelsea and Everett are widely impacted by our history of industrial activities, as well as Logan Airport. This, combined with rising sea levels, puts huge swaths of Chelsea and Everett at risk. When elected, I will join my colleagues on Beacon Hill to support the investments necessary to protect our coastal communities and to fight climate change for future generations.