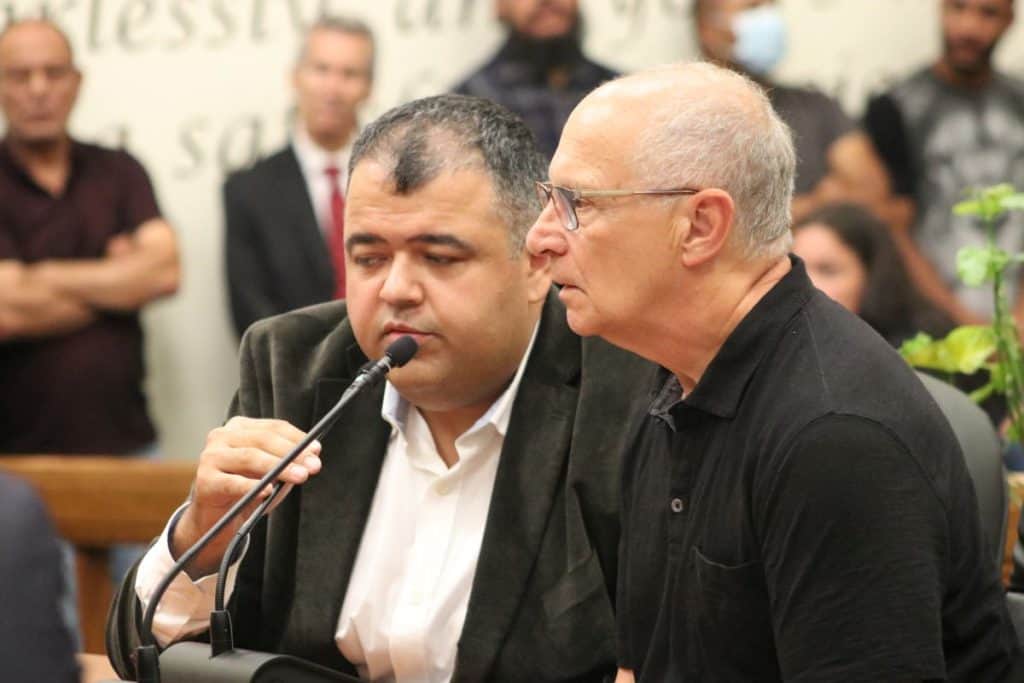 Councillor-At-Large Irene Cardillo addressed some allegations made about her character during Monday’s council meeting at City Hall.

“Last meeting, two weeks ago, I was caught off guard very hurt and upset,” Cardillo said during a point of personal privilege. “I don’t like bullies — I was bullied.”

Next door neighbor Paul Daniel, who rents from First Baptist Church, asked if the Everett Grace Food Pantry could relocate due to parking and traffic restrictions. North Shore Evangelical Missionary Church, which previously rented the space, moved to School Street. Both churches had approximately 60 to 70 members in support on Monday.

During a June 13 city council meeting, Daniel said during public participation that food pantry trucks are often parked in his driveway.

“Boxes of food are often thrown in front of my driveway,” Daniel said. “We are afraid to walk to the streets of Everett, as our vehicles are being targeted.”

Cardillo replied that space is tight in that area, and as a tenant, Daniel doesn’t have a say in relocation, adding the driveway, or lack thereof, belongs to the church/food pantry.

“We distributed 300 million pounds of food in two years,” Cardillo said in a telephone interview with the Everett Advocate on Wednesday. “Why would we move now?”

Daniel alleged that food pantry members are acting racist. However, Cardillo took exception to his allegation stating her church has Haitian and black members and are the furthest bit from racist.

“That was the first time I ever heard of race — it’s about space, not race,” Cardillo said. “They don’t have anything to back up that claim.”

The matter between the two churches regarding occupancy went to court in 2014, which Daniel said he won but is in court again. The judge will decide whether the North Shore Evangelical Missionary Church will move back into 50 Church St. although they had moved out in February 2020 citing the pandemic, eventually ending up at a School St. restaurant. Now they want to move back in.

“If I appear dumb or stupid, I have strong Christian values and my religious background allows me to see everyone as a child of God rather than as an adversary,” Daniel said.

During Monday’s council meeting, Cardillo said her home, church and pantry are open to all races, denominations ethnic backgrounds, origins, color and people who self-identify themselves.

During Monday’s meeting, Everett Food Pantry founder and executive director Richard DelRossi said there are language barriers with clients and city-wide, but that smiles and hugs are the universal language.

“I would like to call out Irene Cardillo for her brave and tireless efforts in leading the team as she lovingly embraced every nationality, culture and faith, transforming 50 Church St. into a bright light during dark times,” Del Rossi said during the public comment.