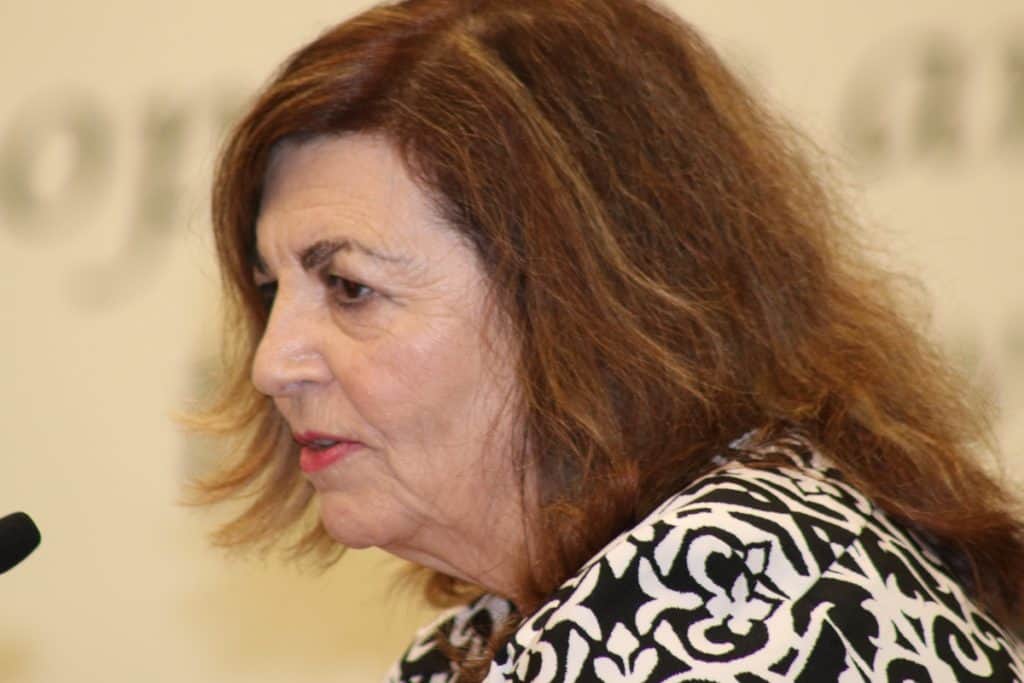 City Councillors recommended favorable action for the administration to provide an update on the disposition on the former Pope John HS site and suggested councillors take a walk through the former school during Monday’s meeting at City Hall.

The administration, and any related departments, will appear at the next City Council meeting in two weeks to discuss making Pope John a school and to get estimates on what it would cost the city to renovate it for school use as well as the cost to the city to keep it as affordable housing. Councillors will walk through the school before the next council meeting.

Councillor Stephanie Smith said there wouldn’t be a vote coming up Monday on the disposition — only information provided by Mayor’s Chief of Staff Erin Deveney and Superintendent of Schools Priya Tahiliani.

“I have ideas about this, Smith said. “If we take the 8th and 9th graders out of every school, it would solve the entire problem.”

Councillor-At-Large Richard Dell Isola said a year ago, he would have voted for affordable housing; however, he needs to see the numbers.

“The school is looking better and better,” Dell Isola said. “I don’t want to wait months to have questions answered.

“What will the impact be on taxpayers?,” Martins asked.

Deveney said previously, the mayor offered for the council a request to approve a disposition agreement that would authorize the transfer of Pope John to The Neighborhood Developers. Since 2019, there has been a proposal to use the Pope John parcel for affordable housing.

“There’s been a change in public conversation and discourse since then,” Deveney said. “The Neighborhood Developers engaged in three community meetings in August to get feedback from the residents.”

Deveney said the administration believes Pope John provides an affordable housing solution while the city explores options for educational space. They did hire an architectural firm, which suggested using it as an elementary or a K-8 model.

She added that it’s important for the council to consider the cost implications, adding they want to ensure it’s not a quick fix.

Martins asked Tahiliani what her vision would be for Pope John. She stated that she will provide a needs assessment at the next City Council meeting.

She responded that it’s not her decision alone.

“There are a number of different options, including a pre-k-8 building,” Tahliani said. “Other options are a high school.”

Tahliani said there are different benefits and disadvantages of each use. She said she doesn’t think Pope John will solve every problem, but it would solve some of the problems.

Deveney replied that they anticipate a decision within the calendar year.

Tahliani said her preference would be a school building over modular units.

Deveney said a portion of the funds could be used. She said they get calls from seniors who are crying, who are losing their house in Everett.

“I can’t say there’s no need for affordable housing in the community,” Deveney said. “Our conversations rebut those statements.”

She added the mayor and council members voted on the decision in 2019.

Smith said no one on the council is against senior housing; however, she said they need a school today.

“We need to see the numbers and then we’ll make a decision,” Smith said.

Martins suggested looking at addressing both the high school and affordable housing.

Ward 1 Councillor Wayne Matewsky said he is in favor of keeping the property in the city’s domain, but that he’d like to take a tour of Pope John.

“We have beautiful schools here, but they’re overcrowded,” Matewsky said.

“It’s a fully functioning and operational school,” Leonard said. “I understand it may require some updates and renovations.”

Pope John alum Cynthia Salazar said during Monday’s public comment the schools are so overcrowded that they have to exit a different door.

“The children need the help right now,” Salazar said. “Not in 10 years.”

“I don’t want to be here with my daughters and grandchildren talking about the same issue,” Salazar said. “Let’s fix this right now.”

Also, during public comment, Steven Iannaco said he measured the former Everett High property and asked why they can’t use that?

“Classrooms are desperately needed now,” Iannaco said. “Not 5 to 10 years from now.”

“The schools are over capacity,” Capone said. “We are failing our students.”