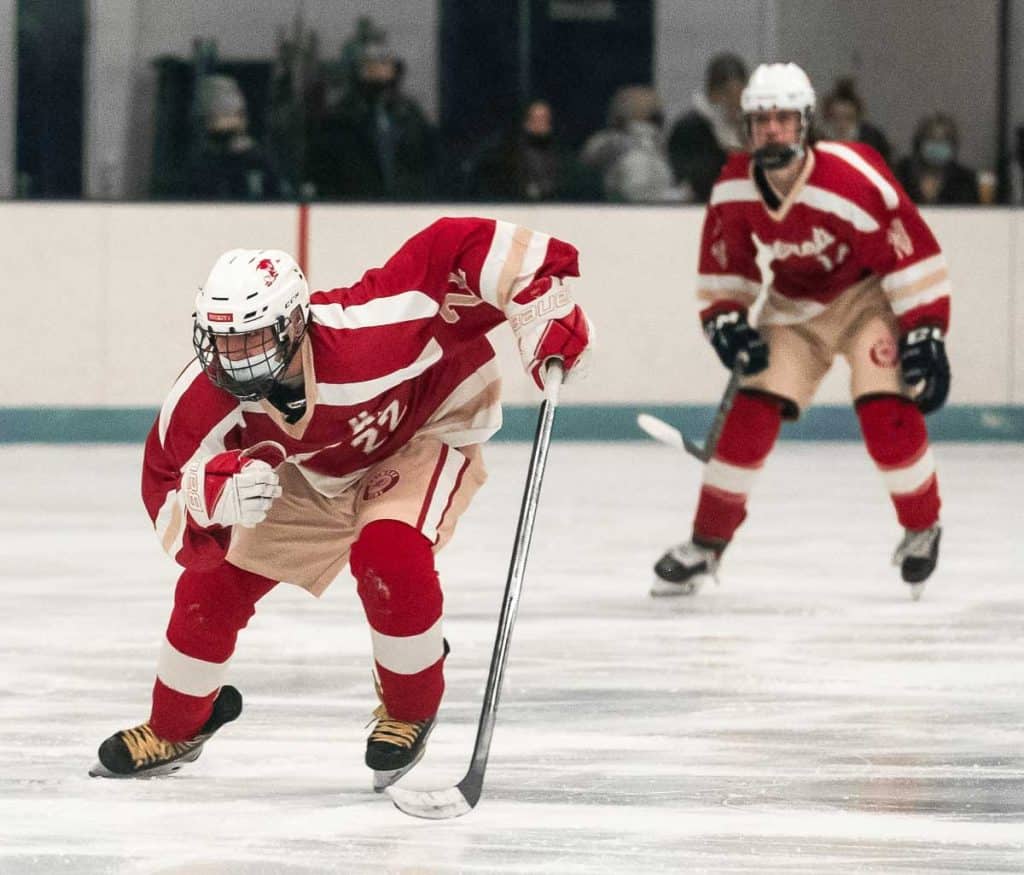 Once upon a time, Craig Richards, a Malden native and hockey player, would consider Everett a border rival on the ice, but now as the Tide’s new boys coach it’s so much different. Everett is now a co-op with Malden, not to mention Revere and Mystic Valley.

Richards first learned the game in the Malden Youth Hockey organization, before suiting up and playing all four years on the Northeast Metropolitan Regional Vocational High School varsity team in Wakefield. He then played for the Boston Junior Blackhawks in the erstwhile Interstate Junior Hockey League, before taking over the Valley Jr. Warriors (Eastern Hockey League Premier) team as its head coach. He was also an assistant coach at both Pope John and Everett, and now he’s in charge of the Tide. Richards, current owner of Extra Effort Hockey training studio in Peabody, also helped mentor the U-14 Middlesex Icemen and U-14 and U-18 Revere Youth Hockey and Malden Youth Hockey teams over the years.

The Everett boys were 5-12-1 overall last year, and 1-4-1 in the Greater Boston League (GBL), and Richards hopes to turn that record around in a hurry this winter. “Two of our biggest goals this season is to improve on last year’s record and make it to the state tournament,” he said.

Seniors David Saia (Everett), Chris Cecca (Revere), Jake Simpson (Malden) and Lucas DeGuire (Mystic Valley) are this year’s captains. “It may look like we chose a player from each school to be a captain, but in reality, every one of them brings something different to the table,” Richards said. “There’s nobody on the roster we would rather have leading our guys into the season than these four kids.”

Richards promises this group will not be outworked by anybody. “We have a team that is ready to battle every day, every period of every game,” he said. “I think this team is deeper than it’s been in a long time, and as a result we have high expectations for them.”

And they are already off to a winning start after winning a scrimmage matchup last Saturday, 5-3. The regular season begins this Saturday, Dec. 10, against the Lynn Jets at Lynn’s Connery Rink, starting at 2:30 p.m.