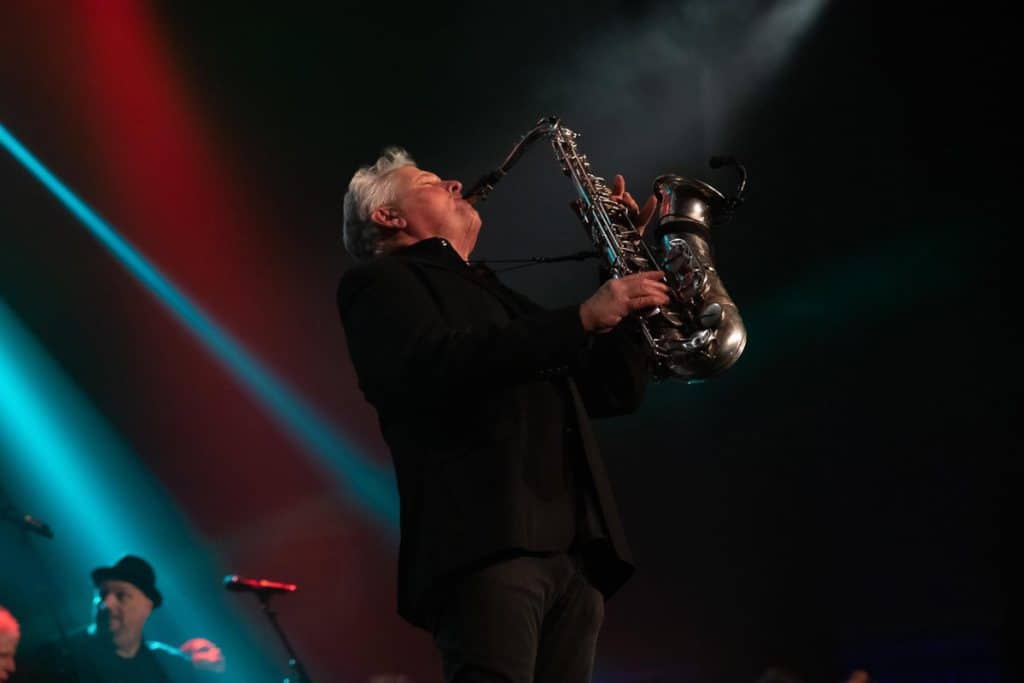 On Sunday, August 14, Deric Dyer & Friends will be performing outside at Kowloon as part of a summer Veterans benefit concert series. The Irish born saxophonist has been seen on stages across the world throughout his career. As a former member of both Joe Cocker and Tina Turner’s bands, he has performed in front of thousands, nightly in almost every major venue around the world.

As a longtime Massachusetts resident, he has begun a project to embrace both his roots and pay homage to some of the performers who have helped him reach these heights. He and his “new band” – made up of musicians from his earliest days of performing in America – have recorded new material and are preparing to release it around the time of this local event.

His band consists of other former members of Cocker’s band: guitarist Cliff Goodwin and keyboardist Mitch Chakour, among others. Goodwin is the guitar player you want backing you. He has been the crutch that holds many shows together, be it through his steadying presence or his ability to know when he’s needed. Deric has a deep well of support, including Mitch Chakour, who is also a former member of the J. Geils Band: a more than imposing and versatile performer as a keyboardist, guitarist and vocalist. Rounding out the core members are the rhythm section are drummer Marty Richards – another former J. Geils member – and bassist Wolf Ginandes, a quiet but ever-present support on stage. Rounding out the show are local vocalist Megan Wolfe and Tim Pike. Guitarist Tony Carle will be on stage, being recently added to the lineup for the band’s new material.

Tickets are available at GimmeLive.com or at the door the day of the show.