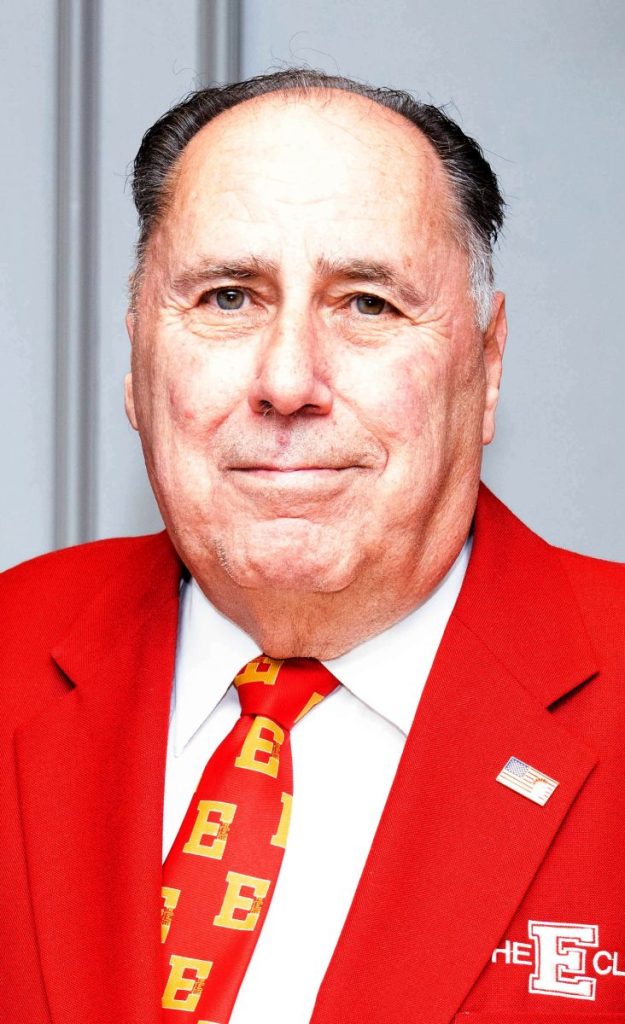 Ragucci to step down as executive director

The ‘E’ Club has shown the Everett High School spirits going above and beyond high school and following them into college and after college.’

Everett’s Vincent “Vinny” Ragucci believes the only way to foster Everett schools is to get down to basics.

For Ragucci and the “E” Club of Everett, the bottom line is the starting line. The organization is known for its contributions to the Everett School Department, including recently granting about $47,000 in scholarships to 14 award winners.

Ragucci, the executive director of the “E” Club, likes giving awards. Last week, the club celebrated its 50th anniversary at Spinelli’s by handing out about 40 awards to the sports stars of Everett High School.

“They were phenomenal,” said Ragucci.

While the ride for the 79-year-old Ragucci has been gratifying, he plans to step down from his post after 14 years leading the “E” Club of Everett. About 20 members sit on the organization’s Board of Directors.

“I am resigning my position as executive director to allow the next generation to move up,” he said. “Right now, we’re in an excellent position. “We have a new board to be elected in June to take over in September, including a new executive director.”

Ragucci said the new executive director has been picked but will not be announced until next month.

“We are not going to let the chicken out of the coup until about June 9,” he said.

According to Ragucci, the organization’s award prizes go to students who have had an impact as athletes at Everett High School.

The organization has funded almost 500 students during the course of its 50-year existence.

Ragucci points to the moment when he held up a $20 bill during the dinner and challenged those present to donate money for students in Ukraine. About $1,500 was raised for UNICEF.

“It got everyone’s attention,” he said. “We are not a country at war but over in Ukraine they don’t have any teachers. We will send the donations to Ukraine in the hopes that one child will get back in school and maybe one day to the Olympics.”

The “E” Club will soon hold a “break-up” dinner when the entire Board of Directors will be presented and plans for the next year will be discussed.

The “E” Club is the only scholarship sports club in Massachusetts.

“There isn’t another,” said Ragucci, who is also known as “Cousin Vinny.”

“We don’t have any national corporate scholarships,” he said. “We’re just moms and pops. We scrimp and save for every dollar we get and turn back the scholarship money to the students.”

Funding from the organization supports the approximately 30 sports teams at Everett High School.

Ragucci said the organization fits into Everett, adding members and students have given back to the Everett school community.

“We treat people the way we want to be treated,” he said. “The “E” Club has shown the Everett High School spirits going above and beyond high school and following them into college and after college.”

While Ragucci said he plans to step down, he will continue to work on behalf of the “E” Club.

“We have kept at it and kept it going,” said Ragucci. “We have gone above and beyond.”

Ragucci graduated from Everett High School in 1960. He went on to work at the Everett National Bank, eventually rising to the post of senior vice-president. He still remembers his first paycheck for weekly sum of $37.50.

“Back then, that wasn’t a lot of money,” he said. “Trust me. I was determined to get the most out of the opportunities I had. Don’t tell me you can’t do something if you put your mind to it.”

The club, which counted about 500 members at the beginning, now boasts membership of about 700 people.

More can be learned about the Everett “E” Club on their Web site: www.eclubofeverett.com.