Excellence in the Everett Public Schools 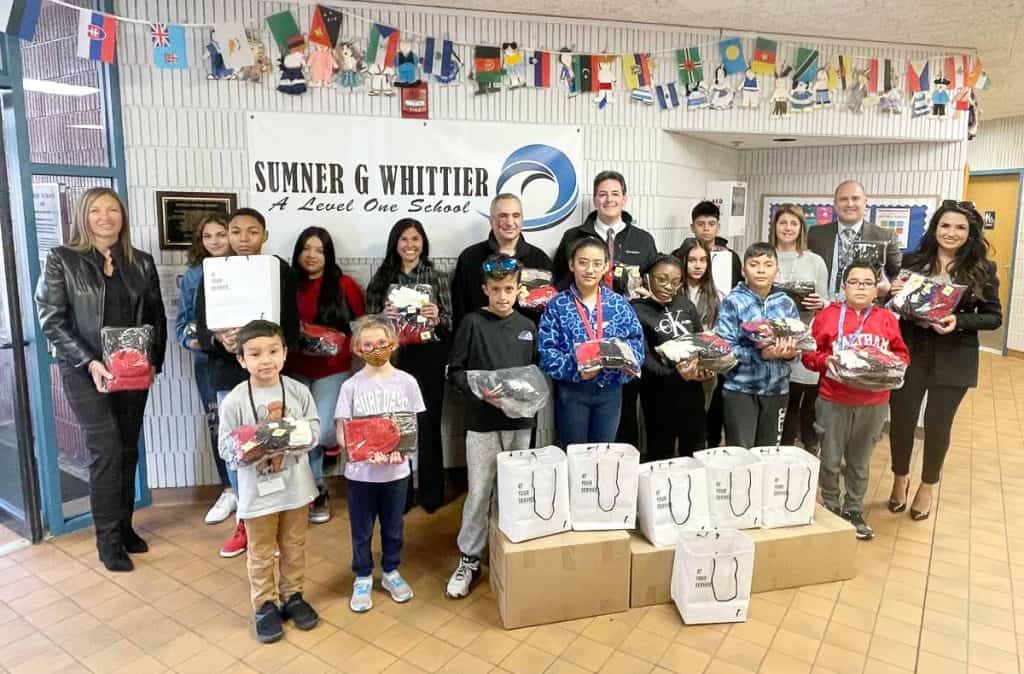 Given the fact that Everett middle schoolers were making their inaugural appearance in the First Lego League (FLL) competition, they could have been forgiven for not giving too much thought to results. Then again …

The Everett Public Schools (EPS) enjoyed a smashing debut in the FLL regional competition on Saturday, December 10 at Revere High School. Two of the six teams the EPS sent to Revere earned high enough scores to qualify for the FLL Robotics State Championship – set for Saturday, December 17 at Worcester Polytechnic Institute. Madeline English Team No. 1, which is coached by Bruce Jaffe and Jennifer Cavalieri, finished fifth out of 36 teams from communities including Weston, Andover, Wellesley, Reading, Milton, Saugus, Quincy and Boston. The Whittier Team, which is coached by Dawn Munro and Michelle Conklin, earned a ninth-place honor. Both teams are bound for Worcester, where they will showcase their coding skills against teams from across the Commonwealth. They are hard at work this week refining code and preparing their robots for the State Championship.

The Madeline English Team No. 2 and Lafayette School team placed 11th and 13th, respectively, just missing out on qualifying for the State Championship by a hair. Most importantly, all of Everett’s teams, students and coaches had an enjoyable time preparing for the regional competition and experiencing the fun and collegial atmosphere of an FLL event.

“Our mentors stated that it is rare for a first-year team to qualify for state championships, but we did it not only with one team but with two!” said EPS K-8 STEM Director Rupi Kaur. “We are very proud of the accomplishments of all of our students and coaches who participated in the Robotics Competition.”

In total, the EPS had 46 students and 10 coaches at the regional tournament: two from the Madeline English and one each from the Keverian, Lafayette, Madeline English and Parlin Schools. Tori Milano and Christie Mercuri coach the Keverian team; James Santerre and Tenzin Lhadon Yangkartsang lead the Lafayette team; and Brian Benson andAlessandro Cornelio coach the Parlin team.

FLL Challenge teams engage in research, problem-solving, coding and engineering by building and programming a LEGO SPIKE Prime robot so it can perform specific tasks. In addition to the Challenge, teams also participate in a research project to identify and solve a relevant real-world problem.

“Congratulations to these students and teachers for their hard work and enthusiasm,” said Superintendent Priya Tahiliani. “We were thrilled to launch an after-school robotics program for our middle school students, and it has been more popular and successful than we could have imagined.”

The Superintendent added that the district is planning to enhance its robotics club offerings in the spring and next school year, both by expanding opportunities in grades six to eight and adding programs for different grade levels. 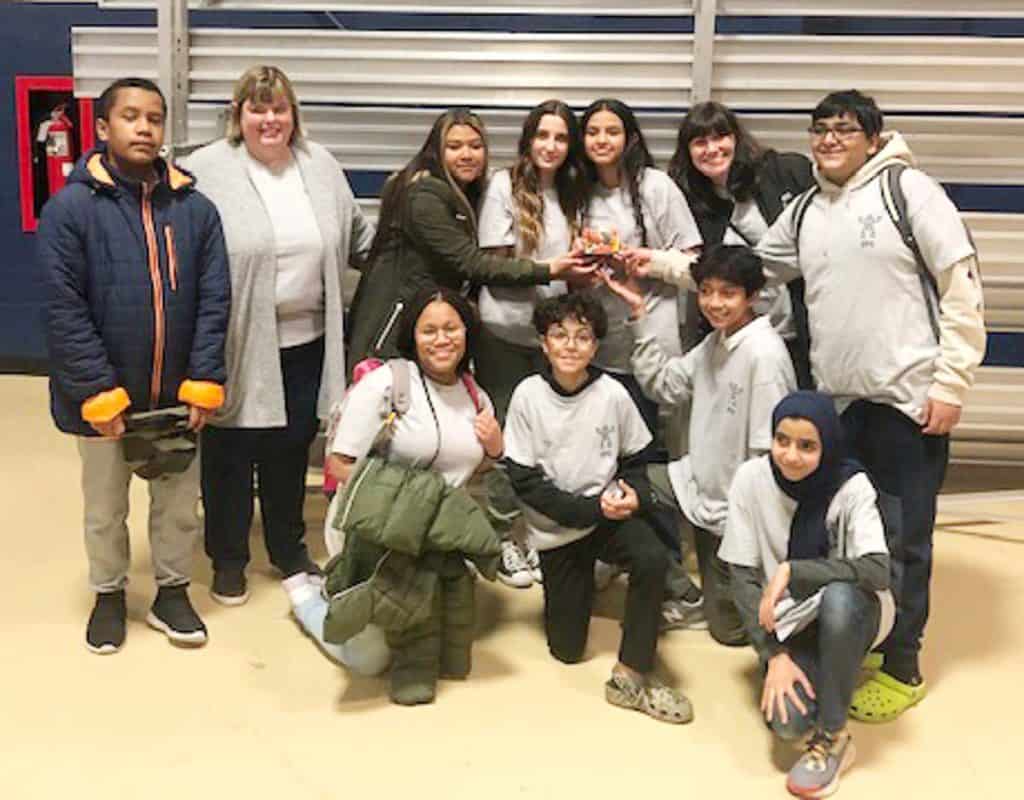 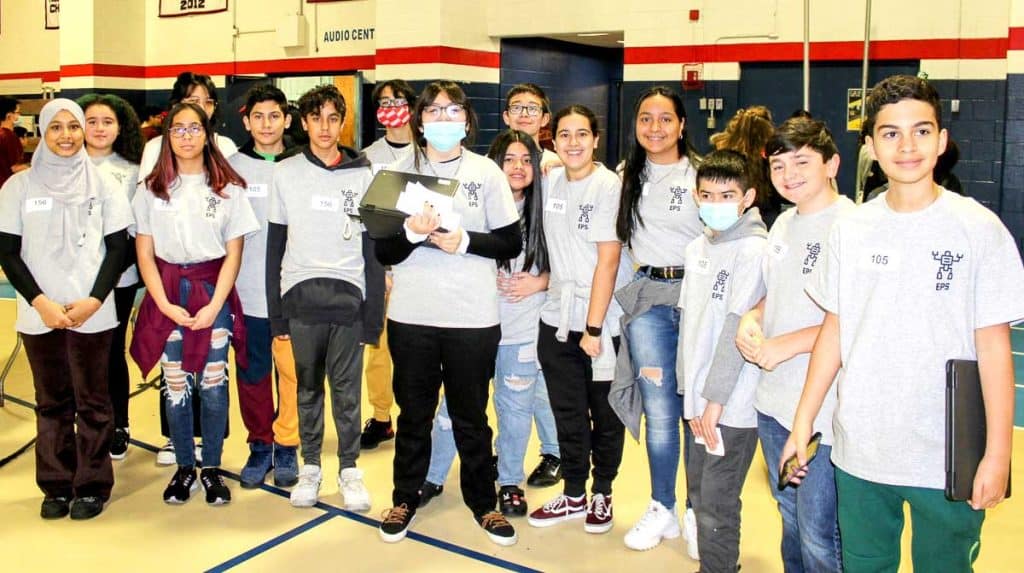 The Everett High School (EHS) boys’ basketball team has been invited to play in the annual Andrew James Lawson Foundation Invitational on Saturday, January 21 at the TD Garden. The Crimson Tide will play the Beverly Panthers at 1:30 p.m. The game will count in the standings and towards the Massachusetts Interscholastic Athletic Association’s tournament rating system.

Tickets are $20 and can be purchased by contacting the EHS Athletic Department or Basketball Head Coach/EHS Vice Principal Stanley Chamblain. Participating schools commit to selling 400 tickets to the event, and EHS is planning to have a large contingent in the Garden for this special occasion.

“A tremendous opportunity, to say the least,” said Superintendent Tahiliani. “I am thrilled for our players, coaches, and families, and I am even more pleased that we can benefit such a great organization in the process. I expect the Garden to be filled with Crimson on January 21st.”

Andrew James Lawson had Down syndrome and was 27 years old when he passed away after a two-year battle with cancer. He grew up in Norwell and attended Norwell Public Schools from pre-K through his graduation from high school in 2008. Andrew benefited from inclusion in both academics and sports.

“Andrew didn’t have stats and records,” said his mother, Regina. “Andrew’s accomplishments have a different kind of measurement, mostly in hugs, love and laughter. I can think of no better measure of a life well lived.”

EHS last played in the Garden in March of 2018 when it fell to Mansfield, 73-65, in the Division 1 Eastern Mass. final. That Crimson Tide team featured current Baltimore Ravens tight end Isaiah Likely.