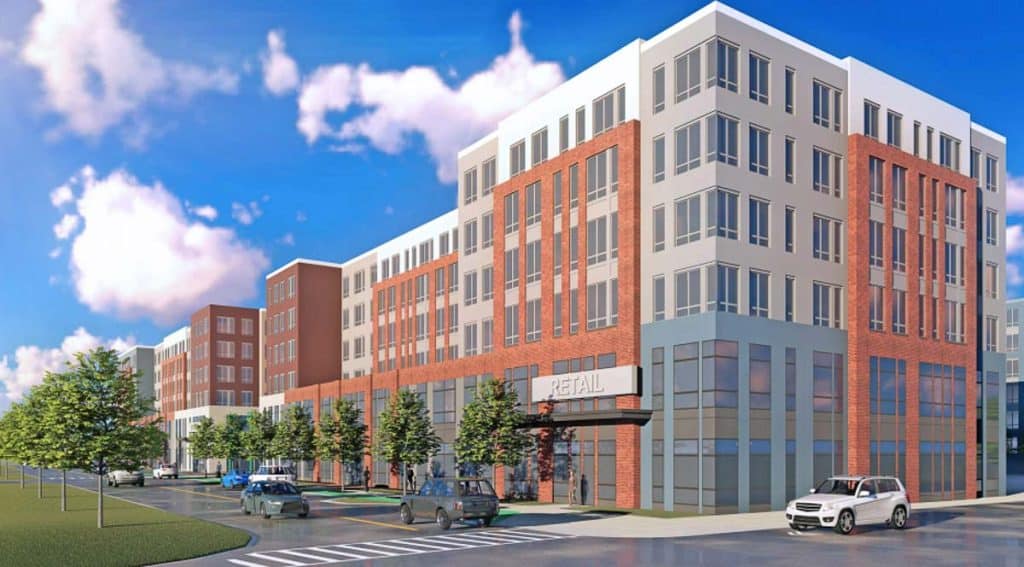 Greystar Real Estate Partners, LLC (https://www.greystar.com) a global leader in the investment, development, and management of high-quality rental housing and commercial properties throughout the world, and locally in Greater Boston, today announced that they have broken ground on the second phase of the 85 Boston Street development, unveiling its moniker as The Maxwell.

Upon completion in May 2025, The Maxwell will include 355 market-rate apartments, 29 affordable housing units, a structured parking garage with 460 spaces, and approximately 5,300 square feet of ground floor retail. In combination with Mason, the first phase of Greystar’s 85 Boston Street development, the overall development site represents 705 total units. The Maxwell, along with Greystar’s additional residential developments in Everett’s evolving Commercial Triangle will accelerate the transformation of a former industrial site into a modern, pedestrian-friendly neighborhood with new energy.

“The Maxwell, along with Mason and the nearby 35 Garvey Street community, will bring high-quality housing and hundreds of new residents while also helping to transform the streetscape,” said Gary Kerr, Managing Director of Development at Greystar. “Greystar is dedicated to the Commercial Triangle District’s emergence as a vibrant, mixed-use neighborhood. We continue to be enthusiastic in our work with Mayor DeMaria and his administration to create attractive residential experiences in this ideally located and historically overlooked district.”

Amenities of the six-story building will include gym and wellness spaces, lounge areas, coworking pods, a yoga studio, solarium, flexible tech space, pool and cabana, grilling station, dog park and bicycle storage and repair station. 85 Boston Street is just a half-mile from the Chelsea MBTA station, which offers access to the Silver Line and Commuter Rail. Chelsea Station is the only MBTA station that provides direct access to South Station and North Station, as well as to the Seaport and multiple bus lines. Other nearby transportation and neighborhood landmarks include the MBTA’s Wellington Orange Line station, the Encore Boston Harbor resort, and the Assembly Row District.

The Maxwell, along with Greystar’s other residential developments in the Commercial Triangle, represent a more than $730 million investment in the city and will help to usher in a new era for the district, with transit-oriented residential, retail, and pedestrian corridors. The Maxwell is the second phase of Greystar’s first development in the city of Everett at 85 Boston Street. The first phase, a 330-unit development named Mason, is currently under construction and is scheduled for completion in 2023. It’s located just a half-mile from Greystar’s seconddevelopment in Everett at 35 Garvey Street, which will deliver 450 units. Later this year, Greystar will begin construction on 1690 Revere Beach Parkway, which will be a two-phase, 741-unit development (the first phase of 1690 Revere Beach Parkway will deliver 325 units, while the second will deliver 416). Combined, these projects will deliver 1,905 units and more than 100 affordable units to Everett.

Greystar is also making various community improvements throughout Everett’s Commercial Triangle. These include:

The hosting of an annual community block party fundraiser on Vale Street.