Land Use Attorney: “Five-year housing moratorium would be challenged”; animal testing bans to be reintroduced 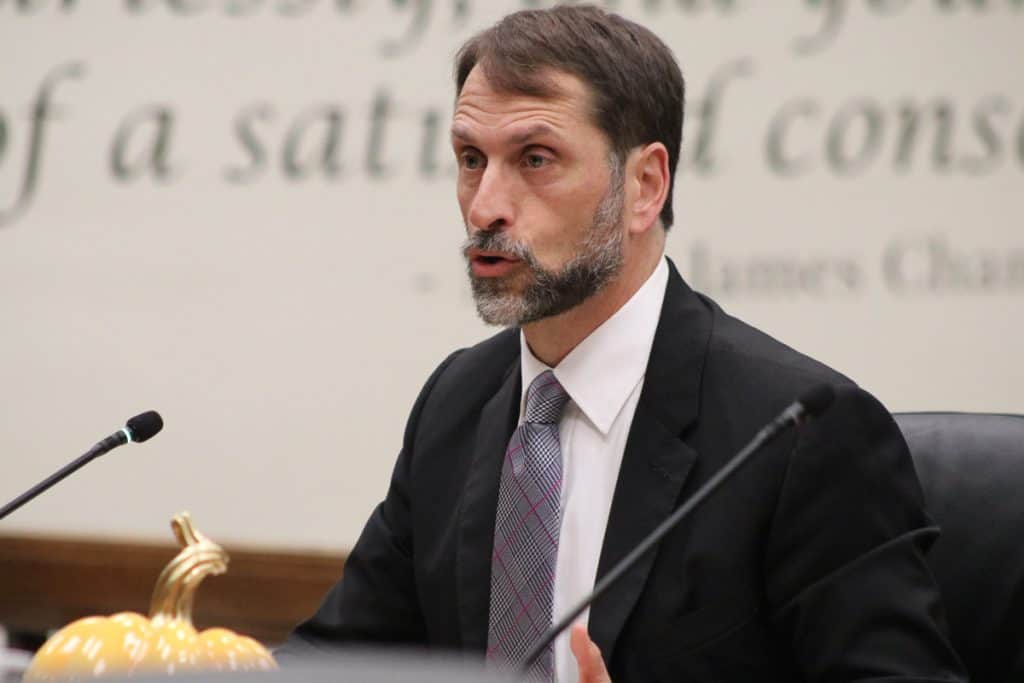 A public hearing free petition, in accordance with Section 8-1 of the Everett City Charter, requesting a five-year moratorium on new housing developments in the city greater than three families and strict enforcement of current city ordinances regarding building and conversation of 1-2-and 3-family properties was discussed at length during Tuesday’s Special City Council meeting at City Hall.

The city’s Land Use Attorney, Jonathan Silverstein, said he suspects if the five-year moratorium was challenged, it would be successful. On Tuesday, he broke down the free petition into two parts: the five-year moratorium and strict enforcement of zoning laws. “A number of recent planning initiatives have highlighted the need for more housing in the city, not less,” Silverstein said. “I suspect that five years would be deemed too long, even if there was a Master Plan process underway, which there is not.”

Calling it a process problem, he said the petition was not put forth as a zoning ordinance, but in his opinion, it would have to be since it is controlling housing development. Silverstein said the court would likely strike it.

Councillor-at-Large Michael Marchese said there’s no parking – to start off with – unless the city goes to 24-hour/seven day-residential parking permanently. Looking at his notes, he asked Silverstein what spot zoning means. Silverstein replied that spot zoning is when a municipality passes an ordinance or bylaw allowing the city to take one single parcel next to a particular one and rezoning as an industrial or residential district.

The city passed the zoning ordinance, which essentially did away with mandatory parking limits, according to Silverstein. Silverstein said that always could be undone.

“If you wanted to pass zoning that said no more multifamily housing in the city, you can do that,” Silverstein said. “That’s different than passing new zoning.”

Marchese added that they’re trying to have their voices heard in the city since no one seems to be listening to them, which is why they presented a moratorium to try to do a reset and find room in the city. “There’s so much building going on here,” Marchese said. “It can be done, if there’s agreement with the rest of the city and administration.”

Silverstein said that as with any zoning ordinance it can always be amended.

Councillor-at-Large Richard Dellisola said it’s concerning to put 12 units beside a residential area. “Everyone is voicing to us, but they have to voice to the Planning Board before it gets to us,” Dellisola said. “That’s down the hall from us.”

Ward 2 Councillor Stephanie Martins suggested a new housing and density study to learn about the impact on the city.

Silverstein said he’s never seen a $40 billion project come into the city. If a moratorium, like this, were to pass, he’d be concerned that those kinds of units – at greater density – would go into the city. “It is beneficial economically to develop in Everett right now,” Silverstein said.

Ward 3 Councillor Darren Costa asked about the town of Arlington doing a two-year planning initiative, back in 1975. He asked when a citywide Master Plan was done in Everett and if planning initiatives can be isolated to certain areas or if they’re broad. “There’s quite a bit of change happening, especially on Elm Street, some of which is unnecessary,” Costa said.

Silverstein replied that Master Plans are more specific to certain areas of the city, such as lower Broadway. He didn’t recall a citywide Master Plan.

Marchese, who owns multifamily units and commercial property throughout the city, suggested a planning initiative. He said the Zoning Board of Appeals can deny or grant variances. A local ordinance couldn’t contradict state law.

Marchese, who tried to do a similar effort a few years ago, made a motion to refer the subject matter to legislative affairs.

Regarding an ordinance to ban animal testing in the city, Ward 2 Councillor Stephanie Martins clarified that this isn’t for pest control.

The animal testing issue was not ordained. Costa left the room during the vote; Smith and Marchese voted in opposition.

Since Costa left during the discussion when Marchese asked about testing COVID-19 on people instead of animals, they reintroduced the motion before the floor for the Nov. 14 meeting.