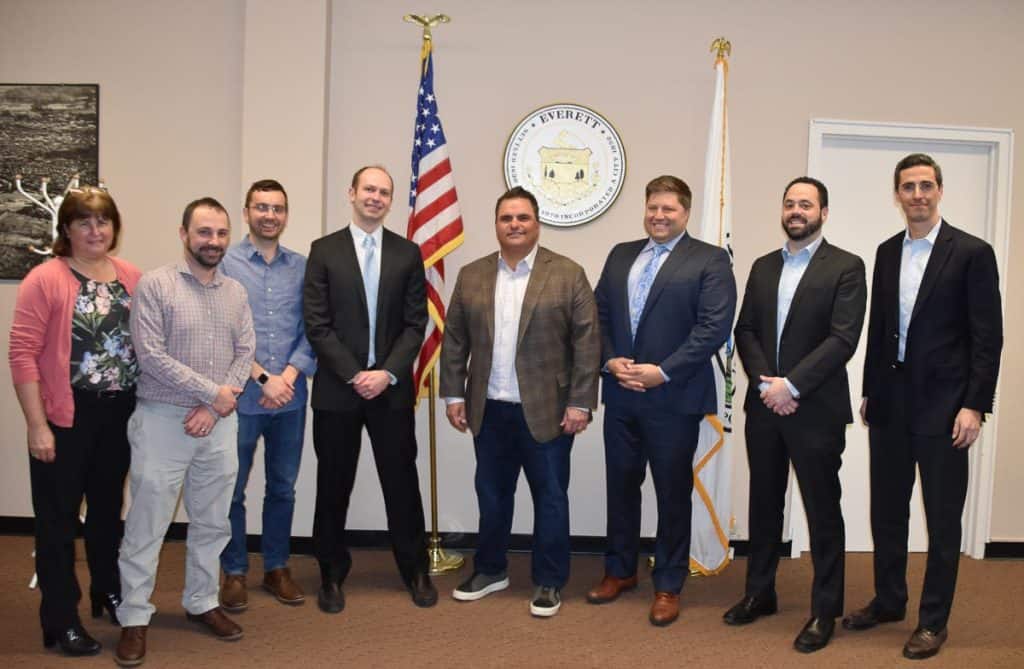 Mayor Carlo DeMaria recently announced that the city will soon be home to its very own, private Transportation Management Association (TMA). It will be a major driver of Everett’s transportation reform. The TMA is a partnership between businesses, institutions and municipalities that will work together to help develop, promote and implement the transportation initiatives throughout the city, with a focus on easing vehicular congestion.

“I am excited to be able to offer more modes of transportation to our current and future residents as well as provide support for our local businesses,” said DeMaria. “A TMA is a great addition to our city that will potentially ease congestion as well as make it easier to get around.”

Between November 2019 and November 2020, NorthEase Consulting Group examined the possible potential for the establishment of a TMA in the city. NorthEase met with over a dozen stakeholders to introduce the concept of a TMA as well as understand their specific needs and thoughts on transportation in Everett. Many companies, residential property owners, commercial property owners and community groups were interviewed, and all saw the massive potential that a TMA could have in Everett.

The TMA board was finalized and is as follows: Greystar Director of Development Chris Legocki as President, V10 Development Partner John Tocco as Treasurer, and Encore Boston Harbor Director of Front Services Matt Grogan as Clerk. There are also other TMA members, including John Block from Block Properties, Rob Burns from Nightshift Brewing, Dan Lee from Lennar Multifamily Communities and City of Everett employees.

Possible concerns of the stakeholders include general traffic, lack of connection to surrounding communities and pedestrian safety. TMA serves to improve the city in all of these aspects and many more.

TMA will greatly benefit Everett by enforcing accountability for the city’s developers and business partners to reduce traffic congestion and provide alternate methods of transportation. Additionally, some of the services, such as bike share and the community shuttles, which the TMA will operate on behalf of their members, will be accessible to all members of the Everett community. The changes may seem small, but they will be significant: fewer car trips from new developments, expansion of the Blue Bikes bike share system, expansion of the Encore Boston Harbor community shuttles to serve more locations in the city, and better connections to MBTA stations.

Someone looking to move to another city might instead consider Everett based on the benefits that the TMA will bring in terms of transportation. Everett will have more mobility amenities that connect new and existing residents to key destinations and neighborhoods in and around Everett. On the business end of things, employers might have a greater pool of potential employees from increasing the locations from which one can travel to their business without a car. This will also reduce the need for business-related parking, which will allow a business to serve more patrons with fewer parking spaces, and at less cost.

The initial response to the introduction of the TMA was incredibly, and understandably, positive, as the tangible benefits resulting from the TMA will be enjoyed by Everett residents and employers and residential building owners.

Initial funding for the TMA will come from a combination of developers with Transportation Demand Management (TDM) requirements in their developmental permits, the City of Everett and voluntary membership of existing businesses and residential developments.