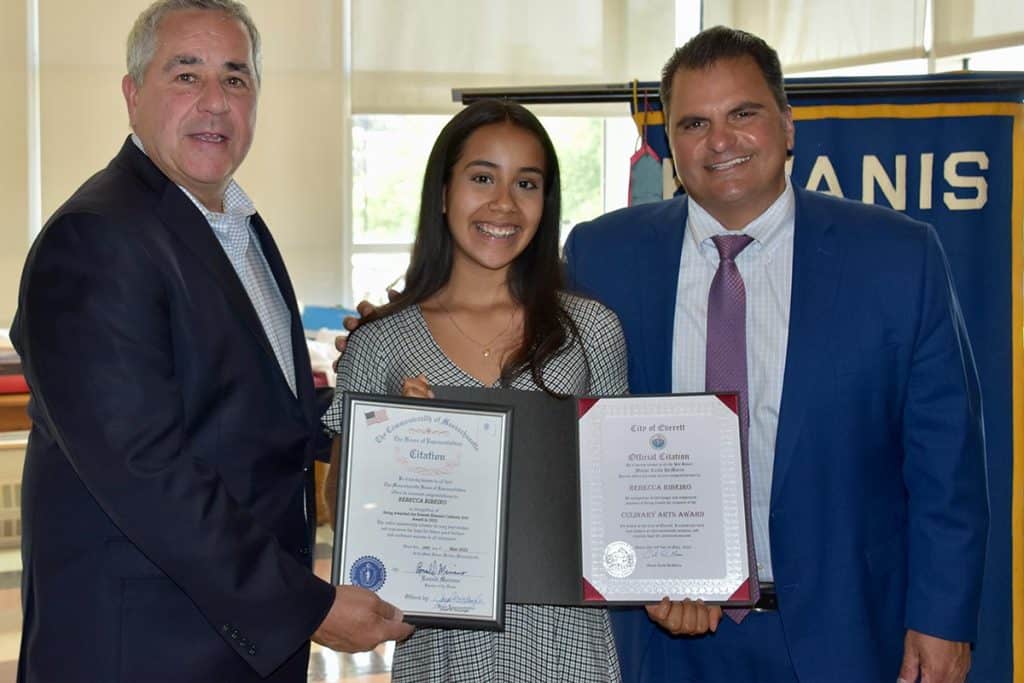 Lunch was prepared and served by the students who are part of the high school’s Culinary Arts program. Items on the menu included chicken piccata and baked haddock served with rice and sauteed broccoli and julienne red and yellow peppers. For dessert, the items offered were peach cobbler, chocolate molten cake and carrot cake.

Following the lunch, Mayor DeMaria and State Representative Joe McGonagle awarded citations to students to honor their scholarship awards. Not every student who was awarded a scholarship was present at the luncheon. School Supt. Priya Tahiliani was a special guest, and the event was led by Kiwanis Club President KathyAnn Dottin.

Mayor DeMaria and the City of Everett would like to congratulate the students on being awarded the scholarships and wish them the best of luck in what they decide to do after high school.

Students who were awarded scholarships are as follows: