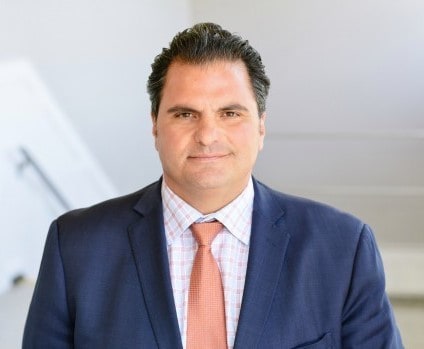 In his ongoing effort to clean up the city’s “doorstep” along the Boston/Everett city line, Mayor Carlo DeMaria this week expressed his support for future development at Constellation Energy’s 43-acre Mystic Generating Station property at 173 Alford St., Boston, which would complement the Encore Boston Harbor site with the possibility of such additions as hotels and restaurants to Bio-Tech startups and Life Science companies.

As reported in a recent article in Banker & Tradesman, the Kraft family have reportedly expressed interest in building a soccer stadium for the New England Revolution soccer team enhanced by what the article stated was a “fast-track approval from Beacon Hill” exempting the waterfront property from state environmental regulations, such as the Chapter 91 waterfront access law that prohibits development along coastlines.

“We have local zoning already in place that is designed to prevent new development that would be as objectionable as what is there currently,” said the mayor in a telephone interview with The Everett Advocate on Tuesday. “It would be beneficial to Everett if we can find better balance in regulating the development of the area to encourage cleaner, higher uses that show a respect for the waterfront,” he said, referring to a multibillion-dollar economic development bill filed by Charlestown State Representative Daniel J. Ryan last Thursday that would exempt the 43-acre industrial property from a number of environmental requirements for development for the specific purposes of sports, recreation or an events center.

The mayor stated that any development would not affect the fishing industry, which is one of the protected industries included in the Chapter 91 law.

In preparation for Mystic Generating Station’s shutdown in 2024, city officials in 2021 added the Constellation property to the Lower Broadway Urban Renewal Zone for future development. Wynn Resorts has already been approved by the Massachusetts Gaming Commission for a 999-seat live entertainment venue across from the casino along with restaurants and two hotels.

“This parcel of land is prime for redevelopment that reflects what residents have been asking for, which is to clean up outdated dirty industrial sites and bring in new industry that will improve our commercial tax base while creating new job opportunities,” said the mayor. “We’ve had a plan in place that was approved by the City Council that promotes this type of smart new growth.”

Citing the development of the Encore Boston casino site, which was repurposed from a former chemical plant, the mayor hopes to use the Alford Street parcel for the benefit of the city and its residents. But standing in the way could be some major red tape from the Massachusetts Environmental Policy Act Office (MEPA) and the Massachusetts Office of Coastal Zone Management, which is part of the Executive Office of Energy and Environmental Affairs (EEA), an agency of the Commonwealth of Massachusetts that solicits public comment before allowing for any development on designated land.

According to the Banker & Tradesman article, removal of the port area status for the Alford Street parcel would allow for a wider range of non-marine dependent uses, while exempting it from the state’s regulations for the height and density of waterfront projects.

In a recent Boston Globe article, the mayor said that upgrades to public transit will be required to accommodate the Constellation site redevelopment. An economic study commissioned by the City of Everett and completed by Fort Point Associates noted that the area would benefit from a stop along the MBTA’s Commuter Rail line which runs through the area.

It was also reported that The Davis Companies purchased the 18-acre Boston Market Terminal produce property in December 2019. In June, the firm reportedly reached an agreement to buy the 96-acre ExxonMobil tank farm property and began discussions with city officials about a future mixed-use development that would further enhance the once industrial-owned area.

The mayor is confident that the city is properly positioned to proceed with the continued upgrade of south Everett in a way that is consistent with his vision of a living shoreline of walking paths – extending the Northern Strand Community Trail to connect north of Boston with more restaurants and jobs. He welcomes the interest of developers such as the Kraft family who understand the need to respect the strategic plans of local communities to attract the type of development that brings the best and highest uses to cities and towns.

“It’s about time that people start to see Everett for all the possibility that our future holds,” said the mayor. “I am glad for our residents that all the hard work that we have put into bringing new job opportunities, better public transit and a cleaned-up waterfront is creating real positive change.”