NEWS ANALYSIS: MBTA gets lots of flak for shutting down Orange Line this week… but what is the alternative? 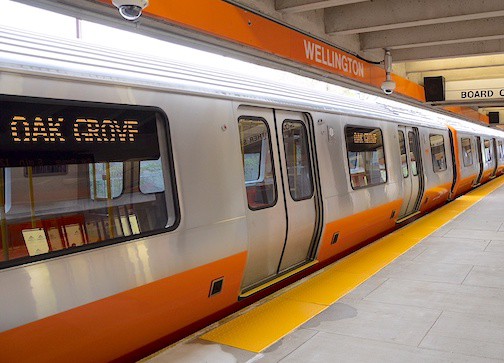 It is easy to throw rocks when you do not have to go pick them up afterward.

MBTA officials do not have either option. Tasked with being a key provider of everyday, inexpensive transportation for over 500,000 commuters and others on varying forms of ridership, MBTA employees do not have the time to listen very hard – they are too busy working.

For quite some time now, the MBTA has drawn a lot of attention for a lot of reasons – not much of it positive. Some of the images on televised news or print and online reports have been jarring and disturbing.

All told, the news from the “T” has been downright grim at times. So grim that a major federal agency, the Federal Transit Administration, began a major safety audit of the entire MBTA system, releasing some of its findings recently. An unsafe MBTA with potentially failing infrastructure is unacceptable to everyone who rides in the system. When a federal agency questions specific safety aspects and insists on a response, the MBTA must answer.

The response, announced by Governor Charlie Baker and top “T” officials at a news conference at Medford’s Orange Line Wellington Station last week, was both unique and historic. It was also quite scary to the 200,000-plus riders of the over 120-year-old Orange Line – which stretches north to the final stop at Oak Grove Station on the Malden-Melrose line, and south to Forest Hills Station in Jamaica Plain. Gov. Baker announced the MBTA would be completely shutting down the Orange Line… from midnight Friday, August 19 through September 19 – a full month! Badly needed track and safety light repairs were coming, and the decision was made to have full, unimpeded access to both lines from August 19–September 19, rather than shut it down for months of weekends and do the repairs on a more piecemeal basis.

Immediately, the strongly worded expressions of dismay and outrage poured in.

Locally? A much more pragmatic and measured response from the two Mayors whose communities will be most heavily affected by the Orange Line shutdown: Malden’s Gary Christenson and Everett’s Carlo DeMaria. Of course, they were dismayed by the stunning news about the Orange Line. How could they not be? Malden has no less than two Orange Line stations, Malden Center being within a stone’s throw of Christenson’s downtown office.

Instead of joining the boobird chorus when the move was announced last week, Mayor Christenson immediately began working to identify ways to both inform Malden’s citizens on the news and at the same time, to mitigate the effect – if possible – on these residents. Mayor DeMaria began working in similar fashion in Everett. This is how true leaders respond to crises, and Malden and Everett residents are fortunate to have such experienced ones at the helm of their communities.

Mayor Christenson and Mayor DeMaria are both members of the Metropolitan Mayors Coalition, a group comprised of representatives “of cities and towns in the urban core of Metro Boston whose leaders gather to exchange information and create solutions for common problems.”

Instead of trashing the “T” for their decision, the Coalition had this to say in a joint statement this week: “Choosing to temporarily close the Orange Line for full scale repairs was not a decision that the MBTA made lightly. We hope that this closure will allow the time needed for the comprehensive repairs and upgrades necessary to restore safety, efficiency, and confidence in the Orange Line.

“Cutting service hurts us all, but it especially hurts people in the communities most impacted by both the pandemic and recent service cuts.” The Metropolitan Mayors Coalition’s full statement also appears in this week’s Advocate.

It is not going to be easy or pleasant for anyone who relies on the Orange Line to go to work, visit a relative or to go to classes when high schools and colleges reopen for a new academic year in a couple of weeks. But at least the “T” is doing something comprehensive – and expensive – in an attempt to cure its service ills.

It is encouraging to see our cities’ leaders taking the proverbial “bull by the horns” and closely monitoring the situation to try and determine how their constituents are going to get from Point A to Point B as efficiently and quickly as possible.

In a year where the summer feels as if it is passing with the blink of an eye, let us hope this next month of no Orange Line does the same.