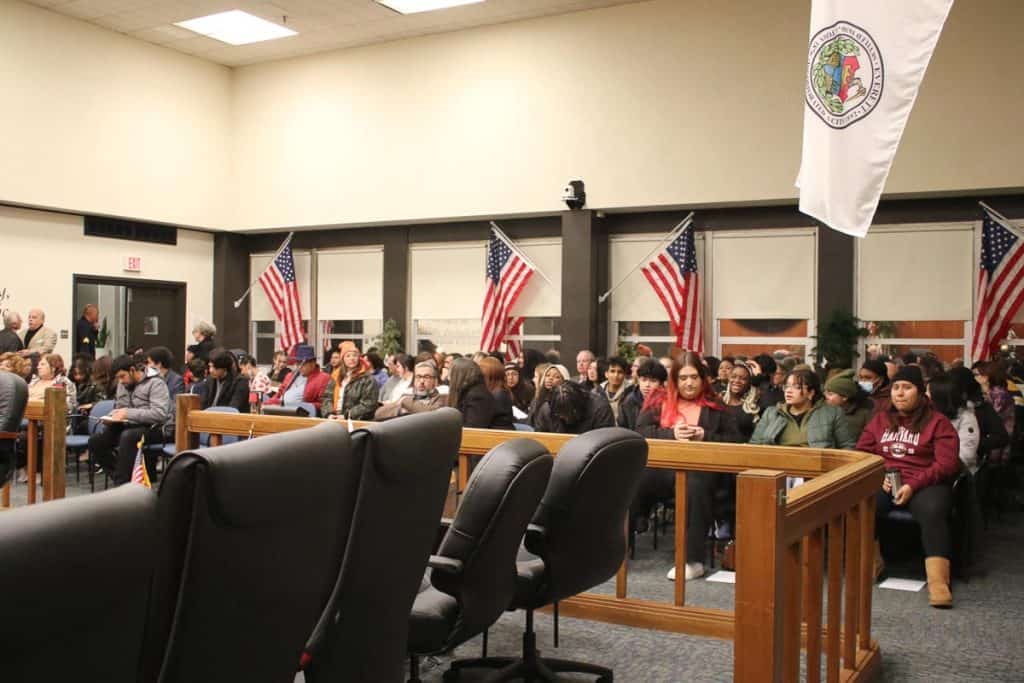 Approximately 33 Everett High School students attended a public hearing requesting the City of Everett to providespecific deliverables and place various restrictions on the use of American Rescue Plan Act (ARPA) funding duringMonday’s City Council meeting at City Hall. ARPA – signed by President Joseph Biden in March 2021 –is a federalgrant program. Members of One Everett have reached out to the City of Everett several times throughout the past18 months to encourage an equity-centered community engagement process.

The petition leverages examples from other Massachusetts municipalities to make five key demands:

2. That the City of Everett establish a Resident-Led Action Committee representative of the population and that they be given final authority over determination of funds

3. That all State and Federal grants, funding and resources be identified and exhausted before committing ARPA funds to projects

4. That the City of Everett commit the largest amount of ARPA dollars in the Public Health Allocation

5. That any Community Impact tool or solicitation of resident input give the opportunity to capture demographic data to weight the allocation priority to strategies benefiting those most impacted by the COVID-19 pandemic

Students asked the City Council members to allocate money for youth programs for schools and afterschoolprograms, whether it be community engagements, tutoring or sports, as well as clubs and organizations.

“There are so many needs, including COVID-19 testing, vaccinations and food pantries,” Patino said.

Patino said the pandemic took a toll on everyone financially in a dense and diverse population.

Health Resources in Action Senior Director of Policy & Practice Ben Wood said he is in full support of the itemssubmitted by the One Everett coalition. Wood called ARPA a racial equity initiative, especially for people of colorand marginalized populations, adding that it’s not just about the COVID-19 pandemic. “Addressing root causesfocuses on outcomes,” Wood said. “All of the demands by the One Everett Coalition are doable – I know this,because I’ve seen it in other communities.”

One Everett Coalition Coordinator Nicole Fina said ARPA was originally designed to impact the lives of those mostimpacted by the COVID-19 pandemic. “The community needs the city council to push the city to do more,” Finasaid.

School Committee member Samantha Lambert said residents are tired. “Community members are met with smilesand handshakes but no action,” Lambert said. “We’re here asking that you do all in your power to utilize equitablepractices.”

Wilber Ruiz said the pandemic hit in 2020, making it difficult for families to make ends meet, even years later. “TheARPA money isn’t being used,” Ruiz said. “The people of Everett don’t want to see money being used towarddevelopment projects, to say the least.”

Peggy Serino asked that the ARPA funding go toward roadrunners, or buses, at the Senior Center. “The peoplewho run the Senior Center do a great job, but they aren’t given enough money to run it,” Serino said. “Every othercommunity around us has them – why don’t we?”

Paula Sterite said she’d like to see the money being used for tutoring services. “I think we can agree kids sufferedthe most, being economically and socially,” Sterite said.

The council voted to send the item to the Mayor’s Office and report back in two weeks.