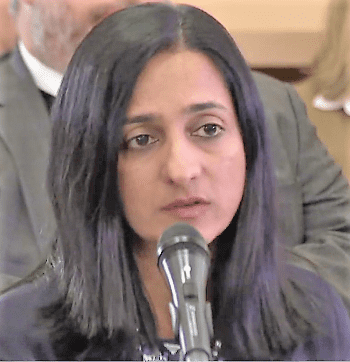 With an emphasis on safety, Superintendent of Schools Priya Tahiliani recently submitted the district’s $108.1 million budget request for fiscal year 2023. Within that figure, $103.6 million would be used to fund the operating budget. That amount is $9.1 million higher than last year’s figure. The remaining $4.5 million would be used for special education transportation, reflecting a decrease of $521,743.

The district is expected to receive $92.6 million from the state in Chapter 70 funding, an increase of $8.2 million over last year. In addition, the local contribution is projected to increase by $1.9 million to bring this year’s figure to $38.4 million.

Speaking about enrollment, Tahiliani said there are currently 7,214 students in the district. That figure is projected to reach 7,720 within the next four years. “The district has already paid a big price for the growth in student population,” she said during the March 24 meeting of the School Committee’s Budget Committee of the Whole. “We have taken away libraries, art rooms and music rooms – we are very crunched for space. We need a new school; we need to find ways to immediately address this issue.”

In addition to safety, Tahiliani said, budget priorities include cleanliness and organizational efficiency as well as academics and testing.

In addition, Jayanth said the district is planning to hire 11 more interventionists and six English learner coordinators. She said that currently 35 percent of Everett’s students are English learners. “This is an increase of 20 percent in the last 10 years,” said Jayanth.

She also highlighted the need for seven additional guidance counselors, adding that the American School Counselor Association recommends one guidance counselor for every 250 students. “These hires will not meet that goal, but they will certainly move us in the right direction,” she said.

City Hall chargebacks are the second-highest expense and are expected to come in at $27.4 million, an increase of $1.1 million. The chargebacks will account for 21 percent of the budget with health and life insurance being the highest line item at $12.9 million.

On the building level, Everett High School has the largest budget – totaling $22.6 million. This figure also represents the greatest increase of any school in the district at $4.1 million.

Jayanth said $100,000 has been earmarked to contract with an outside company to hire security guards. “We don’t believe that those should be district positions so we’re looking at possibly contracting that out to an organization that really knows what they’re doing,” she said.

However, School Committee Member-at-Large Samantha Lambert was concerned about hiring security personnel who have not been trained on how to interact with students.

The Lafayette School is requesting $11 million this year, an increase of $1.6 million. Jayanth said six new positions have been budgeted at the Lafayette.

The Madeline English School is also looking for a $1.6 million increase, bringing its total budget to $8.9 million. In addition to a second assistant principal, Jayanth said, eight English learner teachers would be hired as well. “The Madeline English is no longer an opt-out school,” she said.

The Keverian School is requesting $8.6 million this year, an increase of $1.5 million. “The biggest need at the Keverian, as we know, is space,” said Jayanth. “The building was built for 650 but currently houses 952 students, with a projection of over 1,000 for next year.”

The Parlin School is requesting $8.6 million, an increase of $900,000. Jayanth said the budget allows for two new interventionists and one guidance counselor.

The Whittier School is looking to increase its budget to $6.3 million. Like the Parlin, this would be another $900,000 increase. Eight new positions would be added.

The Webster School is planning to fill six positions and is requesting an increase of $700,000 to bring the school’s budget to $5.3 million.

The Webster School Extension is planning to hire one substitute teacher and one Applied Behavioral Analysisparaprofessional. Therefore, the school’s total budget request is $2.2 million, an increase of $500,000.

The Devens School is in need of an English learner teacher, a crisis intervention specialist and a health teacher. The school’s total budget is $2.7 million, representing an increase of $400,000.

At $1.5 million, the Adams School has the lowest budget in the district. This year’s figure represents a $200,000 increase and includes funding for one guidance counselor.