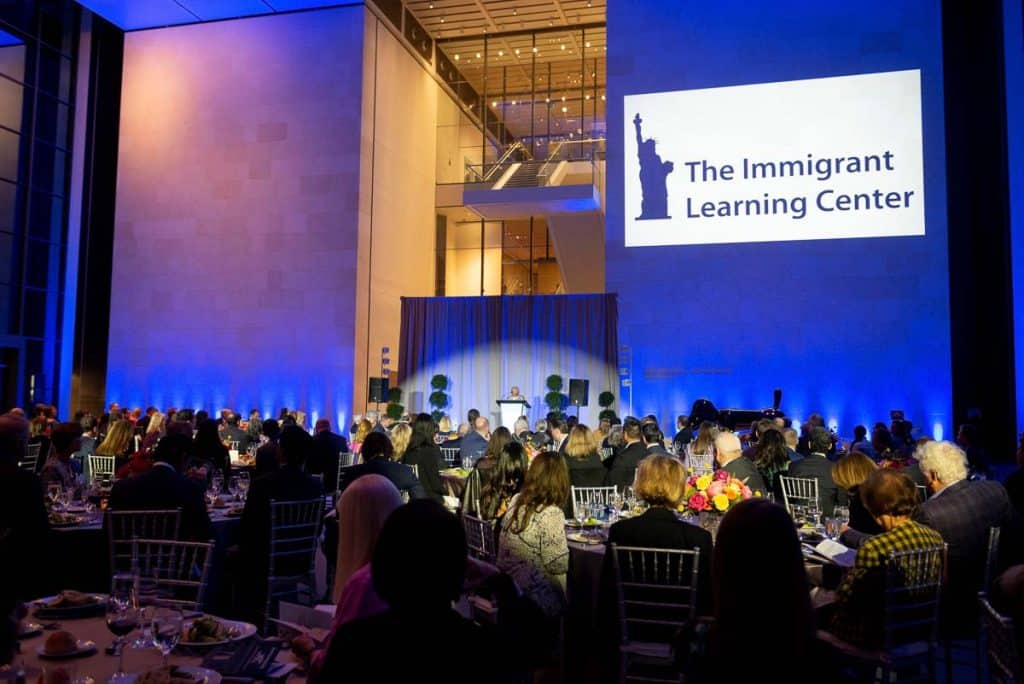 MALDEN, Mass, December 7, 2022 / On Tuesday, November 15, 2022, The Immigrant Learning Center, Inc. (The ILC) celebrated its 30th anniversary at the Museum of Fine Arts Boston. Founder Diane Portnoy started The ILC in Malden in 1992 with three staff members offering free English language classes to 60 immigrants and refugees. Since then, The ILC has helped more than 11,500 immigrant and refugee adults from 122 countries living in 89 Greater Boston communities find jobs, become citizens, start businesses, volunteer, become involved in their children’s schools and more. Roughly three-quarters of these live in Malden, Everett, Revere and Medford.

Portnoy addressed the more than 200 attendees with an eye toward the future of the organization, our communities and our nation by saying, “There will always be newcomers who risk everything to start a new life in this country either escaping tragedy in their home country or chasing the American Dream or both. And, yes, immigrants need our help, but they also have so much to contribute. We know that firsthand based on the thousands of students we’ve met over the last 30 years.”

About The Immigrant Learning Center, Inc.

The Immigrant Learning Center, Inc. (ILC) of Malden, MA, is a not-for-profit organization that gives immigrants a voice in three ways. The English Language Program provides free, year-round ESOL (English for Speakers of Other Languages) classes to help immigrant and refugee adults in Greater Boston become successful workers, parents and community members. The Public Education Institute informs Americans about immigrants and immigration in the United States, and the Institute for Immigration Research, a joint venture with George Mason University, conducts research on the economic contributions of immigrants.