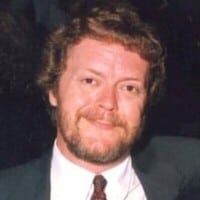 Of Everett passed away on August 4, 2022 at Mass General Hospital. He was 66 years old. Son of the late George and Barbara Taylor, husband of the late Susan Sullivan, loving brother of Mariann and Stephen Gordon of Malden, Steven and Maryellen Taylor of Wilmington, Paul and Jane Taylor of California, Dawn and John Gnieski of Wakefield, Barbara and William Smeglin of Wakefield, Paula and Dean Sousa of Billerica, Scott and Dawn Taylor of Everett, Tammy and Gary DiPiero of Saugus, Tracy Taylor of Everett and Glen and Stacy Taylor of N.H., Cherished Uncle of Billy, Shaina and Shawn, Joseph, Casey and Kelsey, Ashley and Steven, Michael and Alexandra, Dean, Lauren and Noah, Scott, Tess and Mickala, great niece Morrisa. Loving Aunt and Uncle, Betty and Anthony Vinci & Uncle John Prower.

Edward graduated from Everett High School in 1973. He attended UMass Amherst as a History Major. He worked for Pitney Bowes and Biogen as a computer technician. Sue and Eddie married in August of 1997. They resided in Randolph, Ma. with their cherished German Shepherds, Prince & Rider and two cats, Jada and J.J. He enjoyed Boston sports, history, photography, trivia, and being with his family and friends. Our hearts are broken but the memories are everlasting. Now it’s time for you to rest in peace.

Relatives and friends paid their respects at the J.F. Ward Funeral Home in Everett, on Monday, Aug 8th.  Services concluded with the burial in Woodlawn Cemetery, Elm St. Everett.

In lieu of flowers, donations in Edward’s memory may be made to the charity of your choice.