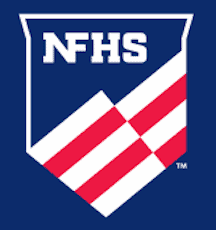 As a new school year nears, the value of these programs which complement academics is clear

Call it fiscal efficiency, value-based finances or the good, old-fashioned action cliché: “most bang for the buck.” But a truer statement is not often said than this, borrowed from the National Federation of State High School Associations’ (NFHS) “The Case of High School Activities”: High school activity programs – vital programs such as Sports, Music, Speech, Theater and Debate – are one of today’s best bargains.

At a cost of only one to three percent (or even less than one percent in many cases) of an overall school’s budget, funding of high school activity programs produces some of the higher value per dollar of all school/municipal expenditures. It is in these sports and other extracurricular programs where young people learn lifelong lessons that complement the academic lessons taught in the classroom. From a cost standpoint, sports and other activity programs are an exceptional bargain when matched against the overall school district’s education budget.

Examinations of various school districts’ budget information across the country reveal that activity programs make up very small percentages of school budgets. In the Advocate readership area’s public school districts of Everett, Malden, Revere and Saugus, this is the case, as well, as all four of the districts, for the upcoming 2022-23 school year show between one and two percent of their complete school budgets committed to athletics and other extracurricular activities. That is between approximately $520,000 and $785,000 per school.

Check out some of the major cities in the nation. Pre-COVID, in the 2019-20 school year, the city of Chicago’s Public School Board of Education’s budget (the second largest U.S. school district) was $6.56 billion; the activity programs’ portion was $17.5 million, just two-tenths of one percent. In the Los Angeles, Calif., Unified School District (the third largest school district in the national), activity programs received $7.3 million of the overall $7.7 billion budget for 2019-20, only one-tenth of one percent! In the Miami–Dade, Fla., School District (the fourth largest school district in the United States), its Board of Education had a 2019-20 overall budget of $5.45 billion, while setting aside $17.7 million for sports and all other activity programs, just over three-tenths of one percent. In all of these examples, the budget for school activity programs is less than one percent of the overall district’s budget.

Considering the benefits, which are outlined below, at such small proportions of overall school district budgets, school activity programs are one of the most effective investments being made in secondary school education programs today.

We will go right to the Mission Statement of the NFHS to reiterate the value and importance of participation in athletic and other extracurricular activities by student-athletes, because we know that they are all endorsed by the districts in our readership area. The NFHS states:

And it is far from being a budget-buster! In the long run, as it keeps students in school and working towards dreams and goal, it naturally makes the school budget-funded districts more effective and more successful.