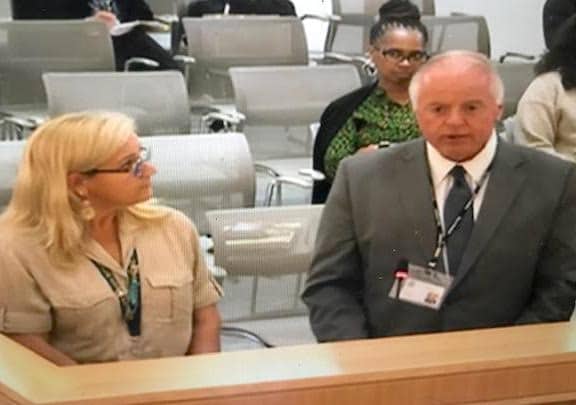 The recent Malden primary election may have drawn an expected low turnout and not much fanfare, but there were a number of challenges.

Two major facets of the September 6 preliminary vote were the first run at the new precinct system, as well as the first official use of Malden’s new voting machines.

Toss in an increased and enhanced translation approach to informing and assisting voters whose first language is not English, and there were “a lot of balls in the air,” to reference the common adage.

“We also had a lot of personnel who had under a year’s experience in our office overall, and some over a few weeks and months.” Malden Assistant City Clerk Carol Ann Desiderio told the Malden City Council during an official briefing she and City Clerk Greg Lucey provided at Tuesday’s regular meeting.

Lucey described the plethora of additions to the voting process and praised his staff. “It was challenging, but we did it,” he said.

“It was a lot to add to the process at once. We went from 16 to precincts to 27 and had to have it in place citywide, ready for the (September 6) election,” Lucey said.

“We did this regardless of the turnout or the expected turnout. Historically is is low for preliminary elections and it was for this one (around 11 percent), but the same process must be in place,” he added.

The increase in the number of precincts was due to the changes in the voting map due to redistricting. In addition to the new, added precincts — at 27, the most in city history— some voters faced changes in the wards where they voted.

With some of the ward lines redrawn, some voters who had previously voted in Ward 8 were voting in Ward 6 this election. Some Ward 3 voters were now voting in Ward 4.

“We spent many hours and weeks this year informing the voters in the respective wards of any changes that might affect them,” Assistant City Clerk Desiderio said.

of actions by the office leading up to this election. “Still, there will always be some voters who say they were not aware of a precinct change or other changes.:”

Clerk Lucey said the primary election was a good indicator of further changes that will be necessary for the general election set for Tuesday, November 8.

“We crammed four precincts into the Beebe School and it was challenging for some voters who had to vote in the gym which is on the third floor. We have already been in discussion to potentially move the voting for those precincts to a lower floor,” Lucey said.

The City Clerk also referred to some signage improvements that are now planned for the voting site at the Early Learning Center (former Holmes School) on Mountain Avenue. “Some voters were a bit confused because the (voting) entrance is behind the school at the parking lot, but we will straighten it out before November.”

Another aspect was the large number of new poll workers — a total of 60 overall— needed to staff the 27 precincts. “We held multiple trainings and we think they all did a great job,” Desiderio said, noting that there were 14 workers especially trained in translation services for voters.

Several Councillors, including Ward 8’s Jadeane Sica, Ward 7’s Ward 6’s Stephen Winslow, Ward 4’s Ryan O’Malley and Council President Craig Spadafora, among others, thanked the City Clerk’s office reps for their diligence in the election process and were all invited to comment in the future as plans continue for November.