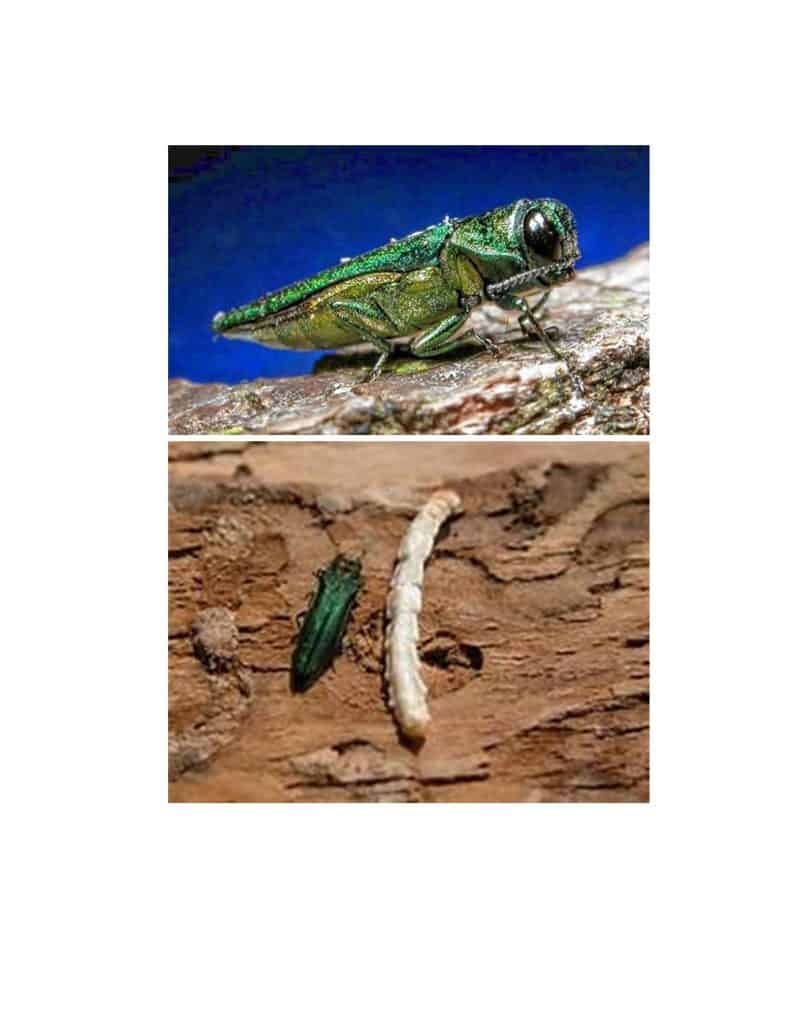 On Friday, June 3, 2022, City of Malden Tree Warden Chris Rosa confirmed that Emerald Ash Borer (EAB) has been found in Malden. EAB is particularly concerning because of the speed at which it kills ash trees. Standing dead ash trees present a public safety risk due to how quickly their brittle branches will fail.

EAB was first discovered in the Detroit, Michigan, area in 2002, though it is believed to have arrived in the 1990s. The beetle is about one half an inch and metallic green. The signs and symptoms of EAB aren’t always immediately noticeable because its larvae tunnel through the tree’s cambium layer just under the bark. This disrupts the movement of nutrients and water within the tree, causing the tree’s slow death, typically in 1-4 to years depending on the tree’s age and health.

Tens of millions of ash trees have been destroyed throughout the United States and Canada. As of February 2022, approximately 232 communities in Massachusetts have reported the presence of EAB.

The City maintains an inventory of all public shade and street trees. There are 197 individual ash trees planted along city streets and public parks. A response plan as well as a tree-by-tree risk assessment is being performed, and so far 111 have been completed. More information will be shared as it becomes available.