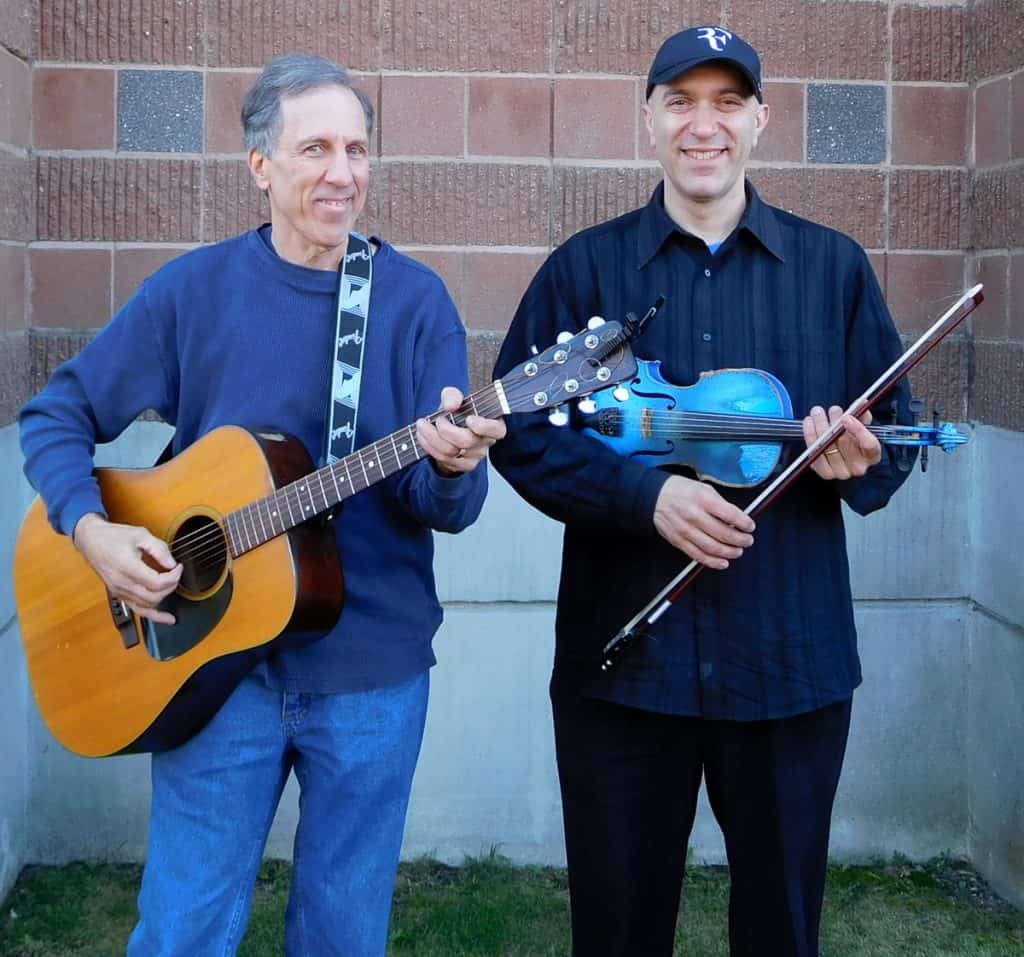 Former Malden resident Howie Newman and Joe Kessler, also known as Knock on Wood, are anything but a typical folk combo, performing well-known rock covers and funny original songs (suitable for all ages). Their varied repertoire includes everything from Tom Petty to the Eagles to the Kinks.

It’s a family-friendly show that may include some children’s music and songs for senior citizens. No matter what they play, it features excellent musicianship, pleasing vocal harmonies and … lots of fun.

Knock on Wood (www.howienewman.com/knockonwood) will be playing their second annual Bread of Life benefit concert at the First Baptist Church, 561 Main St., Melrose, on Sunday, June 5, from 6-7:30 p.m.

This outdoor concert is free but donations will be accepted, with a portion going to Bread of Life, a local food pantry that serves Malden, Melrose and the surrounding areas. Last year’s show drew a sizeable crowd and raised several hundred dollars.

Newman (guitar, harmonica, vocals) is the songwriter and his engaging manner, which includes G-rated comedy and lots of audience participation, has charmed audiences all over New England. Song topics include Smartphones, not-so-graceful aging and his wife’s inability to parallel park.

A former sportswriter for the Boston Globe, Patriot Ledger, Melrose Free Press and other newspapers, he will also be performing one or two of his many baseball songs, which include “It’s the End of the Curse and We Know It,” an R.E.M. parody.

Kessler, who plays fiddle and mandolin, has an energetic improvisational style that includes folk, rock, jazz and bluegrass. He has toured extensively throughout the United States and Canada as well as eight other countries, performing with Morphine, Jimmy Page and Robert Plant, the Boogaloo Swamis and many others.

The duo will be joined by Newman’s daughter, Jen, on backup vocals. She is a Malden High graduate.

“We’re not the traditional guitar-and-fiddle group,” says Newman. “Joe and I like to keep things up-tempo, do some rock covers and get the audience involved. The idea is to play some great music and have fun.”

For more information about Knock on Wood, including videos and music samples, visit www.howienewman.com/knockonwood.