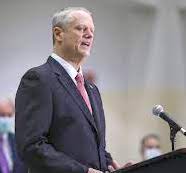 Controversial case involved Malden day care employees who were accused and jailed, many experts on record as stating unjustly

The infamous Fells Acres Day Care case stirred emotions and made major headlines locally for much of the 1980s, 1990s and beyond.

The case also became well-known nationally and even internationally, due to the debate, and doubt, over evidence-gathering and interviewing techniques used by investigators to get information and testimony from children as young 3 and 4 years old.

Nearly 40 years later, it was back in the news as Governor Charlie Baker announced he was granting pardons to two members of the same family who were convicted of child molestation charges and served jail time in connection with the case, Gerald Amirault and his sister, Cheryl Amirault LeFave.

Gerald Amirault, 68, served 18 years of a 40-year sentence before being paroled in 2004.  Cheryl Amirault LeFave, 65, spent eight years in prison before her conviction was overturned and she was released in 1995.

Both worked in the family business, running Fells Acre Day Care, which was located in the West End of Malden for many years and was a popular choice for local families in the 1970s and 1980s until it was rocked by lurid accusations of widespread child molestation at the facility.

The business was owned and operated by the late Violet Amirault, who was also convicted and served jail time in connection with the case. She was paroled and has since passed away.

The way investigators interviewed the child witnesses led to doubts about their testimony and consequently the allegations against the Amiraults.
Governor Baker was very specific in his agreement with that key aspect of the case in a statement announcing the pardons.
“The investigations and prosecutions of the Amiraults in the 1980s took place without the benefit of scientific studies that have in the intervening years led to widespread adoption of investigative protocols designed to protect objectivity and reliability in the investigation of child sex abuse cases,” Baker stated.

“I am left with grave doubt regarding the evidentiary strength of these convictions,” Governor Baker added.

“(The Amiraults) are deeply grateful to the Governor for granting them executive clemency,” said their attorney. James Sultan. Attorney Sultan noted that many letters from judges and others in law enforcement supporting the pardons.
“His decision will help to rectify a grievous wrong which has remained a serious blight on our criminal justice system for nearly four decades,” Sultan said. Their pardons now go to the Governor’s Council for review.

The prosecution was based on testimony of nine children, who said under questioning that they had been molested at the Fells Acres daycare center. The Amiraults have consistently proclaimed their innocence. Gerald Amirault and Cheryl’s mother, Violet, was also convicted in the 1987 trial. She died in 1997 as the case was being appealed, and the charges against her were dismissed posthumously a year later.

“The Amiraults and their whole family, they live with this — this badge, this stigma of being convicted child sex molesters every day of their lives,” Attorney Sultan said in an online report.

“Gerald is still on parole now, 38 years after these charges were brought, he still is wearing an ankle bracelet,” Sultan added. “He is still subject to extremely stringent parole conditions. He is still polygraphed every couple of months. He can’t travel. He and his wife can’t travel to places that they’ve always wanted to travel to. And he is on the sex offender registry for life because of that unjust conviction.”

A pardon wouldn’t undo the pain the family has endured the last several decades, Sultan said, “but it does something to at least fix things, and rectify them, so that they no longer and their family no longer have to bear this awful and unjustifiable burden,” he said.