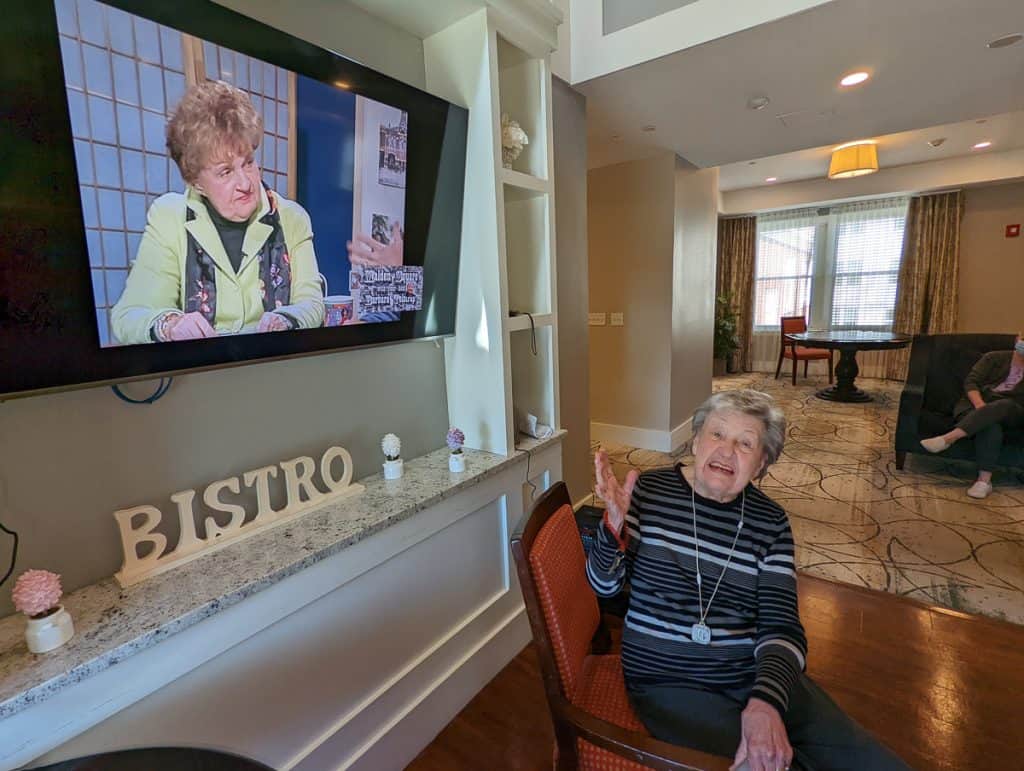 Malden native Barbara Tolstrup is the latest recipient of the Lifetime Achievement Award, which is granted by Forestdale Park, the Assisted Living and Compass Memory Support community she calls home. An award ceremony at the end of May shed light on her life devoted to serving her hometown.

Born and raised in Malden, Barbara made a name for herself in the marketing field while supporting her children as a young single mother. Barbara remarried in 1968, and she and her husband, David, raised their children in Malden, where she has lived happily for over 50 years. She embodied her passion for history and championed the town’s historical preservation. Noteworthy accomplishments include her fight to save the old City Hall and her involvement in the creation of the Malden Historical Commission, where she presided as Chair from 1977 to 2022. Barbara also hosted her own talk show, Malden Square, on Malden Access Television for decades. Barbara has continued to pursue her passion for creative storytelling through a variety of mediums, including blogging for Malden Hospital, some podcasting experience and enjoying the art programs offered through Forestdale Park’s EnrichedLIFE Programming after she moved to the community in 2020.

Forestdale Park recognized Barbara’s incredible achievements at her Lifetime Achievement Award Ceremony. This innovative award program celebrates a resident’s personal and professional accomplishments while they are publicly acknowledged in front of family and friends. “We view our Lifetime Achievement Award as a way to help combat the anonymity that can oftentimes accompany aging,” said Forestdale Park Executive Director Terri Guenard. “We have some pretty remarkable individuals living at Forestdale, and it’s important to us to bring attention to their impressive work and impact.”

The senior living community drew attention to Barbara’s knowledge, commitment and passion for history, through which her fellow residents have been able to learn more about Malden’s exciting past. Notable attendees at the ceremony included Mayor Gary Christenson, City Council Members Craig Spadafora and Barbara Murphy, the Malden Historical Commission, and Barbara’s friends and family.

“[Barbara] truly epitomizes Malden’s motto: “Strong Past, Proud Future,”” reads the special citation presented from the Mayor’s Office. “[She] inspires all those around her. Today, we not only recognize Barbara’s many contributions, but also salute her commitment to community and her kind heart behind it all!”

In all of her endeavors, Barbara has always displayed her love for her hometown. “Everyone thought I was crazy for trying to save that little fire station,” Barbara reflected. “We lost that battle, but we won a passion and an appreciation for the history of Malden.”