INSIDE INFORMATION: Three major City of Malden department positions open due to resignations 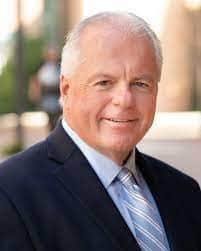 Three key City of Malden public officials, who all head up major municipal departments, have submitted resignations in the past several weeks. Replacements are actively being sought for two of the positions at this time, while a third post will open when that department head officially leaves city employ on December 31 this year. While not unprecedented, it is infrequently that such a substantial number of key department head positions become open at the same time in Malden municipal government.

Attorney Kathryn Fallon submitted her resignation as Malden’s top legal representative in August after serving for just over 25 years in Malden’s Legal Department, first as Assistant City Solicitor and then as City Solicitor for the past 15 years.

It was announced at last week’s Malden City Council meeting that two other prominent municipal department heads would also be leaving their posts: longtime Cemetery Department Superintendent Jim Cahill and third-year Malden City Clerk Greg Lucey. At last week’s Council meeting, it was stated that City Clerk Lucey, who was first appointed in 2019, would serve until the end of this calendar year, December 31, 2022. At Tuesday night’s City Council meeting, Ward 7 Councillor Chris Simonelli said Cahill had indicated he would stay in his present position as Superintendent of Cemeteries until his replacement is selected.

Both the City Solicitor and Cemetery Department Superintendent posts are being advertised online at the city’s official website: www.cityofmalden.org. It is expected that the City Clerk’s position will also be posted in due time online at the city’s website, probably later this fall. The City Council will then deliberate and ultimately select a successor. The City Council will vote on a successor to former City Solicitor Fallon at a future date.

Fallon, who served as Assistant City Solicitor from the late 1990s until 2007, then as Malden City Solicitor from 2007 until late August, when she submitted her resignation, is leaving after accepting a similar post for the City of Framingham. A former Malden resident who attended Malden public schools, Atty. Fallon is now a North Reading resident and has been an elected member of that town’s Select Board for a number of years, with that board being the equivalent of a City Council by way of comparison.

According to an online report, the City of Framingham has revamped its municipal legal department and Fallon will assume the leadership of that department at a salary of $175,000. At present, the salary of the Malden City Solicitor at the highest step is $113,670.

Cemetery Department Superintendent Jim Cahill is believed to be the longest-serving municipal department head in the city at this time. First appointed in the early 2000s during the administration of former Malden Mayor Richard Howard, Cahill is supervisor of Forest Dale Cemetery, the largest in the community, as well as the older, smaller cemeteries on Salem Street and Medford Street.

The cemetery superintendent position is the only one of the three that will be replaced that is not appointed by the Malden City Council. That post is selected and voted on by the Malden Cemetery Board of Trustees. The position is now posted on the city’s website in the Employment Opportunities section. It appears that a replacement may be made rather swiftly. For its scheduled Wednesday, September 28 meeting, the Cemetery Board of Trustees has agenda items which include interviews of finalists for the Superintendent’s post as well as “Selection of a new superintendent,” by a vote. At present, the annual salary for Superintendent of Cemeteries at its highest step is $96.236.

Malden City Council President Craig Spadafora at last week’s Council meeting announced that City Clerk Greg Lucey had submitted his resignation from the post effective January 1, 2023. A former longtime elected official and local business owner in the city of Malden, Lucey was formerly a member of the Malden School Committee and then a Malden Councillor-at-Large for a number of years. A lifelong Malden resident who attended Malden Public Schools, Lucey was appointed Malden City Clerk in 2019, succeeding Thomas Brennan, who had served in the post from 2016-2019. Lucey is just the third City Clerk in the past 30-plus years in the city of Malden. Before Brennan took the reins in 2016, Karen Anderson served as City Clerk for over 20 years. The annual salary for the position is now at $113,670.

The “rumor mill” has been relatively quiet as to potential successors to three well-known, outgoing department heads. Assistant City Solicitor John McNaught has been serving as interim City Solicitor following Fallon’s departure. It is not known whether he would pursue the open position. Assistant City Clerk Carol Ann Desiderio, who appeared alongside City Clerk Lucey to give the City Council a debriefing presentation following the recent September 6 primary election, could potentially be a candidate to replace Lucey, according to reports.

Malden City Council President Craig Spadafora announced Tuesday that the Council will adjust its calendar early next month and push the date of its first regular meeting ahead one day in early October. Since the holiest day on the Jewish faith’s calendar, Yom Kippur, is observed beginning at sunset on Tuesday, October 5, the Malden City Council will hold a committee meeting only on Tuesday, October 4, and then push its regular meeting ahead one day to Wednesday, October 5 at 7:00 p.m.

The sentiment expressed at the September 13 regular City Council meeting was quite clear: Clean up and remove the double-poles from Malden’s streets and residential districts. A representative for National Grid came before the Council at the September 13 meeting and told the Councillors his company wishes to receive a permit to do some utility work in a Malden residential area. After a bit of a recap on past policies regarding bids from National Grid to improve power infrastructure, the Council President informed the man of a new Malden policy that would not allow the issuance of a permit until double-poles are removed from the neighborhood and in other spots around Malden.

City Council President Spadafora agreed to put his remarks on the double-poles, including discussion of possibly removing the poles, into the Ordinance Committee for further discussion. “This [double-pole issue] has been going on for far too long in Malden; we have to address it now… and we will.”

Spadafora said the problem has reached a breaking point and that “this is a good first step toward addressing the double-pole issue here.”

The City Council President also said that he has even witnessed triple poles…with two polls affixed to a single working pole. “It is unheard of around the country to do that.”