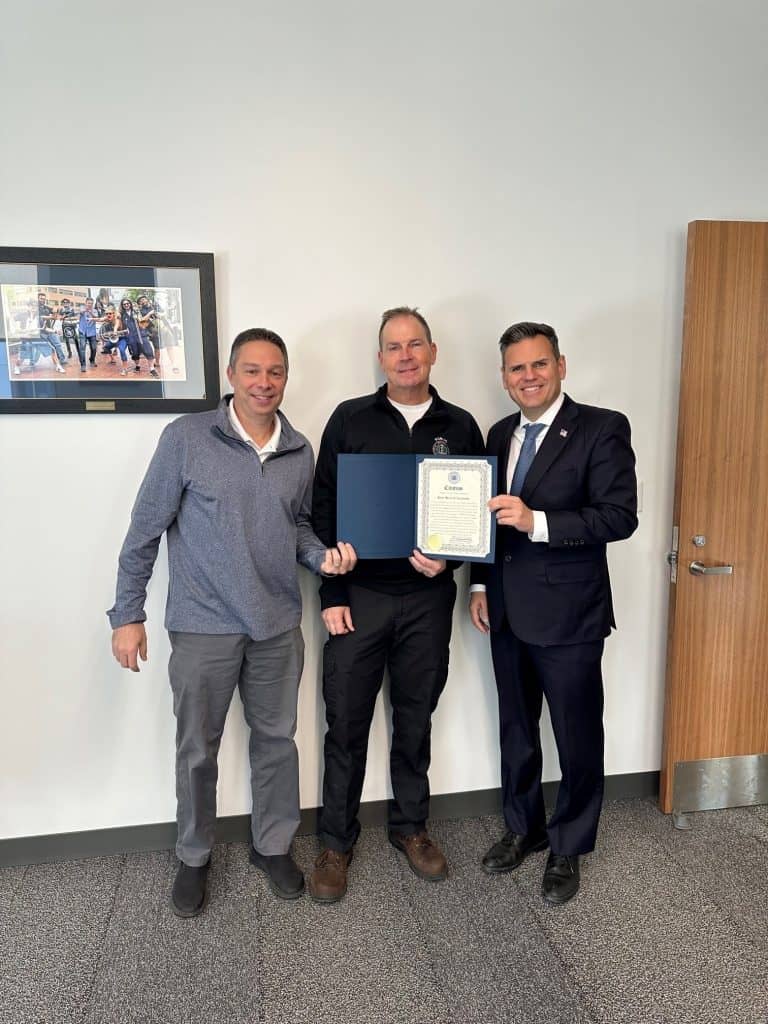 Mayor Gary Christenson congratulated longtime Public Facilities employee Ron “Butch” Lessard on 25 years of service with the City of Malden! Ron, a licensed Journeyman HVAC Technician, has worked for decades keeping the various city buildings cool in the summer and warm in the winter. He also served as a project manager for the Malden High School renovations. As Assistant Director of Public Facilities, he managed the City’s $8 million energy efficiency project converting air handling systems, controls and lighting systems throughout Malden. This has earned Malden “the best in class” with respect to efficiencies among municipalities. Ron is also well known for keeping the neatest and most organized mechanical rooms around. Mayor Christenson presented Ron a citation in recognition of his milestone and wished him luck in the next 25 years!