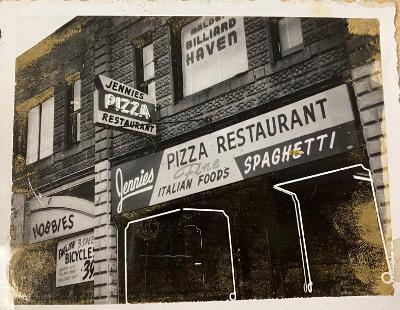 Okay, you know the “Wayback Machine”? The one Peabody and Sherman use during “Peabody’s Improbable History” cartoon adventures? The one I reference from time to time in these manifestos? Well, we are going to take it for a spin. I plan on taking a “Wayback” visit to Malden in the year of our Lord, 1972. For those Maldonians that can still remember that glorious year, I guarantee you a groovy trip. My advice? Sit through this long-winded diatribe; “It will be worth it. If not for the sake of this article but for the sake of your own peace of mind.” Wait, wrong decade…

My brother Joe is onboard. In ’72 he is ripping up the baseball fields of Malden as a 17-year-old left-handed catcher, pitcher and slick fielding first baseman. He was also at Amerige Park making everybody look silly on the basketball court. His left hand had them all fooled! Cliff “Choff” Cioffi gets the invite. He recently turned 70 and gets cranky easily but he is still a lot of fun to hang with. Former Police Chief Kevin Molis gets the nod – he raised his hand first – although I know he’d like to travel back a lot further. Next time, Chief. Our fearless leader, recently retired Cemetery Director Jimmy Cahill will bring up the rear. Jimmy and his family’s footprint go way back in Malden’s history. His way around neighborhood honky-tonks of yesteryear Malden is legendary. Into the future…

We are dropped off at the red brick Bandstand in Devir Park. The Saint Rocco Feast is occupying Bruce Field and has set up huge metal drums to be used to prepare food. They’ve roped off the whole field for the fireworks display. The ugly green wooden fence surrounding the outfield is garishly decorated to appease Saint Rock. I spot Jimmy Palermo playing “morta.” How could I not? Barrel chested with his thick black hair piled high and tight, Victor Mature–style. We also locate groundskeeper John Monte, who is not very happy with what they’ve done to his infield. Once seated on the beer-drenched steps, we’ll send somebody over to J&T Liquor at 271 Highland Ave. to procure a buyer. Wait. We don’t need a buyer. We’re all of age. It’s early summer so the Bandstand is bumping! Choff responsible for the marriage of Devir and Amerige – bringing all together in peace and harmony, making Devir the go-to place in Malden for all your early 1970s hedonistic vices: unkempt long hair, weed, elephant bell bottoms, gray t-shirts, fast cars, Cheech & Chong, Maggie May, bonfires. Did I mention weed? Pretty Devir girls like Diane Wishoski, Gerry O’Connor, Patty McGonagle, Donna Ventura (Morabito), Marilyn Keenan – to name but a few; long-haired, mandolin strumming hippies; pot circles 50 strong. That is correct, sir! I said circles (plural). Future Malden Police Chief Kenny Coye is driving a bus for the T in 1972, so he will not be chasing us out of the park this evening. The Malden Merchants of the Inter City League are playing on the big-league diamond. For $2 a game, current Malden Police Officer Kevin Killion is doggedly chasing foul balls onto the Fells for (manager) Steve Ring. Before we move on to our final destination, we’ll engage Merchants right fielder Dave Polcari in a little small talk. “Pokey” was a stand-up guy and very talented. My only complaint with the hard-hitting lefty with the great Italian “fro” was that he loved to spray right field and the Bandstand with line drives – scattering us in all directions – whenever he got the right pitch.

After filling up on Schlitz, Ballantine Ale and Boone’s Farm apple wine, we make our decision for dinner and cocktails: Charlie Brown’s Steak House at 209-211 Pleasant St., located across the street from the Strand Theatre. What?! Malden had a movie theater?! We actually had two during my lifetime. Don’t bother Googling. That location, 209-211 Pleasant, is long gone – now part of “The Beast That Brought Pleasant Street Back to Life” – the new City Hall building. Lest we forget our past, it replaced the square-killing, environmentally hostile, citizen-unfriendly monstrosity that was plopped right in the middle of Pleasant Street during Walter Kelliher’s administration! We start our walk downtown. One thing that sticks out in 1972 Malden is how dirty the streets are. Street sweeping isn’t high on Mayor Kelliher’s to-do list. We walk down Pearl Street right past the Pisaturo’s, Palermo’s, Maffeo’s, Gamby’s and Molinari’s homes. Sound familiar? These families still reside on Pearl. We walk past “The Bakery.” The busy kitchen at Pearl Bakery is pumping out the best French Bread in the city, blanketing the neighborhood with a delightful aroma that will remain with each of us our entire lives. Billy “Mac” Macnamara in white Tee and baker’s pants barked out instructions in said kitchen. Mac is alive and well and available in 2022 if you want the best Black Forest Cake on the North Shore at Esposito’s Bakery in Saugus. We stop at Freddy’s Market for a pack of Juicy Fruit before we continue. As we round Pearl onto Charles, we notice Edward “Eddie the Greek” DiGiantommaso standing in front of the Italian American Citizen’s Club! In 1972 he’s 43. He is chatting up an attractive young lady in a mini dress and peasant blouse. He looks the same as he did in 2015 when he passed! Ageless. As we hit Commercial Street, we immediately notice the acrid smell of unregulated industry permeating the air. Commercial Street (including the remains of “Yankee Village”) looks like a war zone. One-hundred-year-old factory buildings line the street in their death throes (ancient artifacts gone in less than 10 years as Malden steps slowly out of its industrial past). We walk past the former Jennies Pizza, which in 1972 is called Moriarty’s Pizza, located downstairs from Al’s Pool Room. One more stop: “The Greeks” package store across the street from Jennies; a toast before we continue, in memory of Al Owens and John Surette, who were tragically killed the year before on the tracks not far from where we now stand. Chief says, “one more toast, this one for Eddie Callahan!” Ptl. Callahan was murdered in 1963 at the A&P Supermarket, again, not far from the spot we were standing on – his killer, evil incarnate, now suffering eternal damnation in Hades.

The journey continues. We arrive at CB’s. We notice farther down Pleasant Street towards the downtown area that fire engines, emergency vehicles and a large crowd have gathered in front of 7 Washington St. The Centre Methodist Church is engulfed in flames – later to become the John & Christina Markey Malden Senior Community Center. We enter Charlie Brown’s. As we pass the bar area, we hear chatter from barflies about a newly released movie they had just seen at the Granada Theatre starring Al Pacino called “The Godfather.” Charlie Brown’s is a relic from Malden’s long-ago past, much like The Rosebud on Highland Avenue, Demarco’s Cafe on Pearl Street and Mike’s Cafe on Highland Avenue: holding on for dear life as the public’s wavering/fickle taste in food, booze and ambience sweeps through Malden at a very rapid pace.

We settle into our mid-century leather booths. Time to order. Jumbo Shrimp Cocktail for the table. At $1.50 for six, we order six plates of shrimp cocktail. Our table overflows with jumbo shrimp. We all agree that the Large Filet Mignon Steak at $3.95 with salad, baked potato, veggie and Italian bread is a stone-cold bargain. Meat all around! Cliff is the oddball. What’s new!? No steak for this Pine Street boy. He orders the Veal Cutlet Parmigiana (“en casserole”) with spaghetti and salad for $3. Cliff explains that it is the “‘Chef’s Special’ – “so it must be good!” For dessert we order a table full of treats: Italian Spumoni with claret sauce and Bisquit Tortoni with claret sauce. Sixty cents apiece. We overdose on claret sauce. After dinner Choff suggests that we catch the last set of Phil Longo’s “C Notes” at the Copa Lounge on Route 1. No takers.

As Peter Falk’s iconic TV character “Columbo” would say, “Just one more thing, sir” – time to get back to 2022. Turmoil in our time be damned! We hustle back to the Bandstand and await the “Wayback Machine.” It’s a scary place at two in the morning. The Bandstand has taken on a more ominous tone. The Heller brothers now own the wee small hours. Back in the speed of light. No place like home.

Postscript: A quick note about (recently retired) Director of Cemeteries Jim “The All-American American” Cahill. Jimmy decided to stay in 1972 Malden giddily muttering as we departed about inexpensive booze, steak dinners under a five spot and miniskirts.

Peter is a long-time Malden resident and a regular contributor to the Malden Advocate. He can be reached at PeteL39@aol.com for comments, compliments or criticisms.