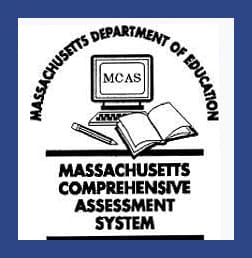 The Malden School Committee had a lot to be pleased about at its most recent meeting, most notably a report on the 2022 Massachusetts Comprehensive Assessment System (MCAS) results. Malden Public Schools second-year Superintendent of Schools Dr. Ligia Noriega-Murphy made a detailed presentation of the MCAS results at the meeting which showed results that either mirrored or surpassed the reported numbers statewide.

The Malden district results bucked the statewide trend reported out in late September by Massachusetts Department of Elementary and Secondary Education (DESE) Commissioner Jeffrey Riley, who said that statewide there had been a “pandemic slide” in MCAS results overall. While drops in Math and Science scores were smaller than those matching the pre-pandemic, 2019 results, many districts experienced “significant” drops in scores in English reading and writing MCAS testing, Riley reported officially in September. “Overall, we’ve seen drops across the board in the Commonwealth and everyone is going to have to step forward and work on our kids’ mental health and on their academic needs going forward,” Riley said after making his presentation of MCAS results from 2022 at the DESE monthly meeting in September.

On the contrary, many of the grade and subject matter breakdowns in Malden showed significant improvements in MCAS results from just a year ago in 2021 to this year, 2022. Additionally, particularly at the higher grade levels, many of the Malden MCAS results had either reached or came close to reaching the pre-pandemic levels of 2019.

In Malden, most of the grade levels’ performances were either improved from last year’s 2021 results or inching closer – or meeting – the 2019 results.

“Our data is good. Our educators and administrators and most importantly – our students – should be extraordinarily proud,” said Malden Ward 5 School Committee member Adam Weldai.

Supt. Noriega-Murphy told the School Committee that while the district was pleased by the overall MCAS results, there “is still much room for improvement in our district.” She also noted that the improvements “have also established a new baseline for our district. There will be no returning to the [lower MCAS results].”

Dr. Noriega-Murphy said she and her staff are preparing another detailed, analytical presentation on MCAS results for the next Malden School Committee meeting – set for Monday, November 7 in the Malden City Hall City Council Chambers at 6:00 p.m.