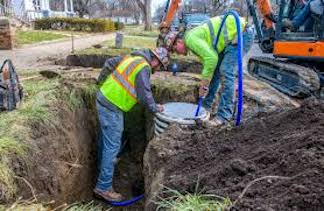 The City of Malden collectively took a giant step on a number of fronts in improving its infrastructure with a series of votes by the City Council Tuesday which commits just over $15 million toward a variety of major projects.

The Council also approved with a unanimous vote a standalone appropriation of $1,000,000 for the ongoing Devir Park Revitalization project as part of an overall cost of close to $4,000,000 to completely rehabilitate and renovate one of the city’s largest recreational spaces.

“These are high priority, key projects for the city of Malden and we as city councillors and residents are very grateful to all who have spent so much time and effort on seeing them come to fruition,” said Council President Craig Spadafora.

At Tuesday’s meeting, Spadafora acknowledged that while most infrastructure improvement projects carry a large price tag, the value they carry are not as visible to the public, aside from a project such as park revitalization.

“We are essentially burying millions of dollars with our lead water service lines and water main replacements,” Spadafora said Tuesday night. “It is not exciting or sexy stuff, but these are vital projects. Down the road we plan on continuing these projects and there are other (funding) buckets we can manage.

“It was good work all around to get to this point,” Spadafora said.

Councillor Condon’s Ward 2 includes Devir Park so the unanimous vote to okay municipal bonding for the $1 million appropriation was well-received after he introduced the report. Condon explained that close to two-thirds of the total Devir Park rehab project cost had already been covered by grants in hand and future expected grant funding.

“It’s been a long road and we are very excited about this project and thankful to all who have helped make it possible,” Councillor Condon said. “This is a very important vote.”

The $1 million city appropriation to buttress the funds already committed to Devir Park will come in the form of bonding/borrowing of the funds.

In the other votes, Councillors approved:

— $3 million to be borrowed from the Massachusetts Water Resources Authority (MWRA) Lead Service Line Replacement Program, which comes with 0 percent interest over a 10-year period.

The two largest commitments of funding were for:

— $5 milllion in bonding/borrowing over a 30-year period for roadway improvements that will be made citywide.

Council President Spadafora noted the intensive continuation of the lead water service line replacement was part of federal mandate for the city of Malden by the Environmental Protection Agency (EPA).

Several years ago it was determined Malden had one of the largest counts of lead water service lines in Massachusetts — 2,500 still exist   and issued a directive for the city to replace about 100 of them per year.

Malden had been replacing between 125-150 lines per year, significantly exceeding the directive. “With this funding, and with more expected funding from the federal level with the help of Congresswoman (Katherine) Clark and ARPA (American Rescue Plan) funds, we are hoping to get into the range of 200 per year,” Ward 6 Councillor Stephen Winslow said, referring to the citywide projection.

Councillor-at-Large Carey McDonald pointed to the scope of the funding votes and praised all involved as well. He also noted that the lead water service replacement only include from the city-maintained street to the private property marker.

Private homeowners and property owners are legally required to foot the cost of replacing the lead lines on their own property, available through ongoing city-maintained assistance programs that provide very low-interest loans that help homeowners pay for the replacements.

“I hope our residents know what a big deal this is,” Councillor McDonald said of the lead water line replacement project. He urged residents to check the list posted on the city website (cityofmalden.org) of known lead water lines and said testing was available as well,

“There are great programs available from the city of Malden to help assure residents they can have clean, safe drinking water,” Councillor McDonald said.