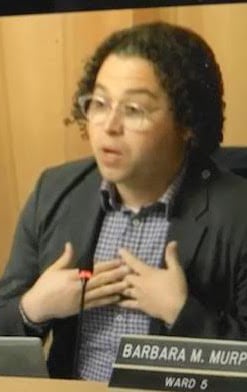 Malden City Engineer Yem Lip appeared before the Malden City Council at Tuesday night’s meeting, updating the members of the traffic patterns and signalization on Route 60 and through Malden Square.

The next step of the project involves updating and installing new, state-of-the-art traffic signals at Centre Street, Main Street and Middlesex Street— all major intersections in the center of Malden Square.

“The top priority is getting the signals done,” Ward Four Councillor Ryan O’Malley said. “Time is of the essence, the traffic lights need to be done and the sooner the better. “

The newest step of the project involves a $220,000 project to update and replace the signals. The funding for the project would be paid by the city of Malden, but would involve reimbursement from a previous MBTA grant, according to officials.

A major renovation of the traffic patterns on Route 60 Centre Street/Eastern Avenue was done over the past year in Malden’s most heavily-traveled thoroughfare as part of a project to add dedicated bus lanes and bicycle lanes.

The project has drawn mixed reviews from Malden residents and city officials, but its strongest proponents, including Ward Four’s O’Malley, whose ward includes the central travel area and Ward Six Councillor Steve Winslow have been highly positive and complementary of the project.

Councillor-at-Large Carey McDonald pointed out some specifics of the project, noting the MBTA was footing the cost for the bulk of the updates.

McDonald noted the timing of the lights was a major part of the project and noted that there were other intersections throughout the city, but that some of the infrastructure would not support some of the signal upgrade options.

“I would love to know what it would take to initiate upgrades in other parts of the city,” McDonald added.

Councillor McDonald also asked about any feedback Engineer Lip may have gotten about pedestrian safety around Malden Square.

Lip said that Commercial Street and Exchange Street changes and improvements which are all complete have been very successful in enhancing pedestrian safety.

“We want to get this done as quickly as possible since this is what our constituents want,” Councillor McDonald said. “We appreciate all the work being done to make this happen.”