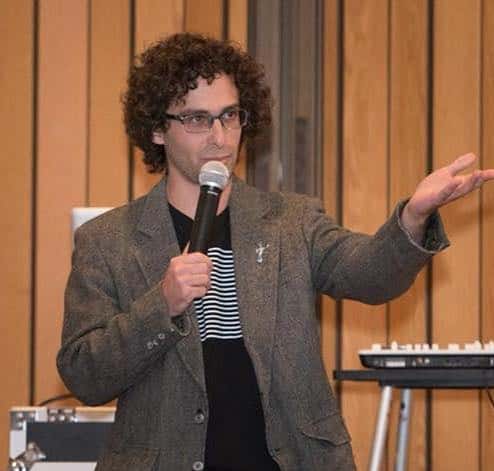 The Catalyst Story Institute, a professional development program designed to help up-and-coming TV writers, actors, directors and producers showcase their work and advance their careers, has selected a finalist from Malden to present at its annual Content Festival in Duluth, Minn., from September 28 until October 1. The festival, which is held in partnership with the National Academy of Television Arts & Sciences (NATAS), is the premier showcase for the independent television industry. Unlike other independent festivals, Catalyst discovers new storytelling artists and brings them together with the world’s best independent content creators and leading TV industry professionals at the festival, where they get advice, present their work and make essential professional connections. Top executives from the award-winning streaming service Netflix and from Lionsgate, a global content leader behind top films, television series, digital products and platforms, are among the industry insiders taking part in the 2022 Festival programming.

Each year the Catalyst Content Festival – the country’s longest running independent television industry event – receives nearly 1,000 project submissions from creators in 15 countries. With fewer than 10 percent of all submissions showcased, the Catalyst Content Festival serves as an important marketplace for television programming and the talent behind the selected productions. This year over 50% of the participating storytellers identify as female or nonbinary while nearly 40% represent communities of color.

Maldonian Anthony Scibelli was selected for the project “Dino-Detectives,” which is a comedy series about a recently single filmmaker who rediscovers his favorite ’90s cartoon show. After burning his hand on a piece of defective merchandise, he decides to make a documentary hit piece on the series, exposing it as dangerous; however, as he explores the series, he comes to understand the positive side of fandom and discovers more about the show’s strange and surreal history.

“In a period of uncertainty for our industry, this year’s crop of storytellers reflects the ingenuity, resilience, and awe-inspiring creativity needed to make and share content in today’s quickly evolving entertainment landscape. These are stories that need to be told by creators who deserve industry attention, and we are thrilled to provide them with a platform at this year’s festival,” said Catalyst Executive Director Philip Gilpin, Jr. “Catalyst continues to be a launching pad for new voices, and we look forward to welcoming storytellers of all ages, backgrounds, and experiences.”

More about the Festival: The Catalyst Content Festival’s sponsors include NATAS and HBO. Over the course of five days, in addition to screenings, events include table reads, pitch presentations, panel discussions and workshops. The program brings independent story artists together with industry pros and representatives of major industry companies, and the sessions enable the content creators to refine their show presentation. Submissions include TV series, podcasts and social/web-based content. They can be in any stage of development from pitch to post-production. No films are allowed. The jury and other industry participants include experienced TV showrunners, producers and development executives, writers and directors, network executives, talent agents and digital and podcast executives. Recent participants at Catalyst have gone on to achieve success in all facets of the TV industry, including selling their shows to a network, securing top agency representation and getting hired as writers and directors on hot shows, including HBO Max’s “Gossip Girl,” “The Blacklist,” “New Amsterdam,” “Grey’s Anatomy” and “Kenan” – as writers, directors and assistant showrunners.