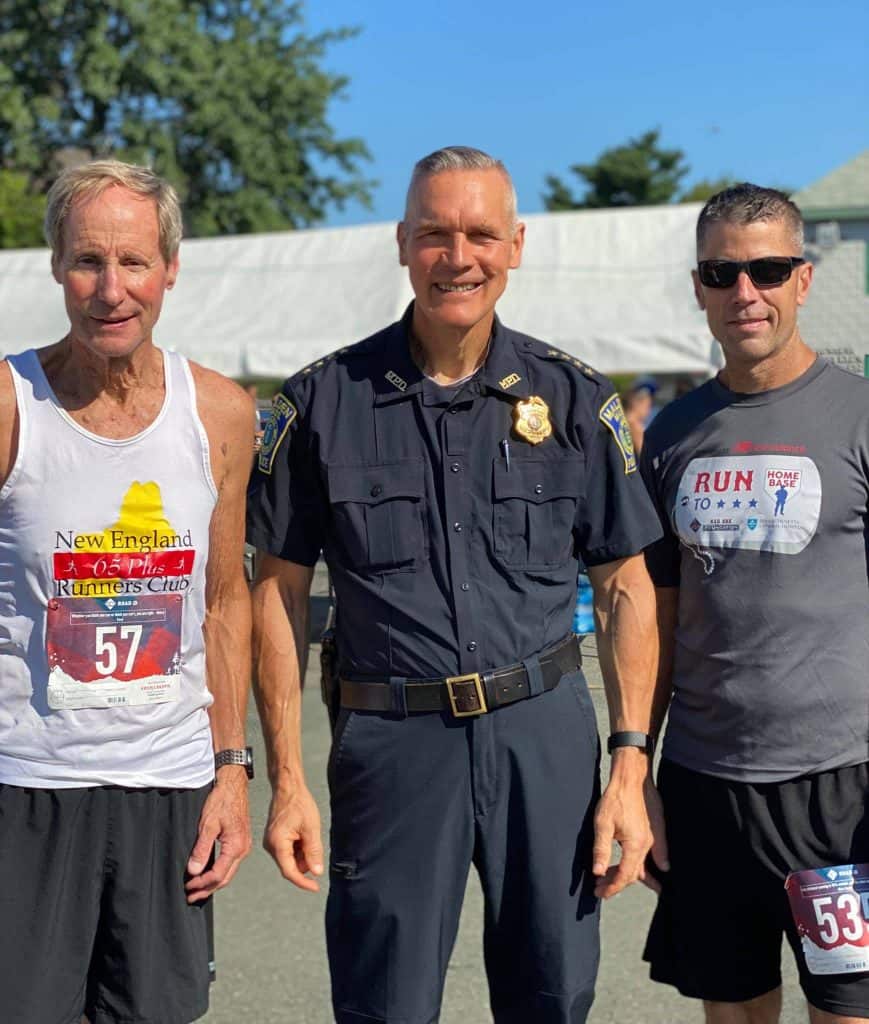 The Malden tradition that we all look forward to and love so much is back with a vengeance! Yes, it is that time of the year again, good people of Malden! Summer is sadly in our rearview mirror, but with that gloomy reality comes some really groovy news! The annual Irish American Labor Day Road Race, making Maldonians happy for decades now, will return once again! How far out is that!?

I ran into old friend Mike McCarthy at the Saint Rock Festa just last weekend! Mike reminded me that he and the rest of the boyos at the I.A. will be sponsoring their annual 5K/10K Road Race again, this time at 10, Monday morning, September 5.

This is the best time of the year and Maldonians just adore this event. It is, frankly, what makes Malden so special. Mike assured me that there is still plenty of time to register. Go to https://runsignup.com/Race/MA/Malden/IrishAmerican510kRoadRace to register beforehand. Also, if you are inclined, just go to the I.A. on West Street in person the morning of the race to register. Sign-up fee is $30. Male and female runners’ prizes will be awarded for the first-, second- and third-place finishers for many different categories.

Family, friends, Malden newbies who may be complete strangers, come on by and have a great time. Mark this on your calendar for a fun-filled day of raffles, music, pizza, hot dogs and (of course) “refreshments” (at the always affordable I.A. prices). This year there will be a live band playing a wide variety of music, including some good old-fashioned traditional Irish numbers.

Mike wanted to personally thank the many sponsors and volunteers for their continued support and generosity. Without companies like Bud Light, Cataldo Ambulance, Garelick Farms and Stop & Shop, he emphasized to me, this event could not happen. Mike also wanted to stress once again that all proceeds will go to Dana-Farber Cancer Institute. Every. Single. Penny. No better way to spend your hard-earned cash knowing that all proceeds go to fighting this hated disease.

I participated in this race once way back and had a wicked good time! I remember the encouragement from friendly faces along the route, and I also remember the unbearable pain I felt (during) and after! Loads of fun, though, despite the suffering, and I really enjoyed the “refreshments” part of the day after the race. I’ll be present again this year (not running, though, in case you were wondering) and will be sure to have a “refreshment” or two – first one in memory of Mike’s late brother, my pal and yours – Stevie McCarthy.

I am not 100% sure but I expect Mike “Mr. 02148” Cherone, Rick Gately, David Ritchie, Donny “Spider” Lockhart, Al Macy Jr., Marty Gately, Carolann Gabriella and Mayor Gary Christenson to run the race like the road race veterans they are and finish in the top of their respective age brackets once again. Embarrassing those of us who have made the art of the recliner our way of life these days.

Oh, and by the way, I’ll be sure to request the band play at least one Dubliners song (“Ragland Road”?).

Submitted for your approval; my top 10 best summer songs! Bonus question: Where were you when you first heard these. Park Street? Brigham’s? Devir? Amerige? The Grove? The “Conna”? Signor Pizza? Linden Park? The Rez? The Mount? Coytemore Lea? The Y? Harvard Street Park? Frenchies? The Square? Let me know what ya think…

“What you are about to read is simple. These are the tales from “Linden, USA” straight out of Ward 8. Also known as the “redheaded stepchild” of Maldonia! Remember us? Now you’re probably saying to yourself, who is this? Chris Moro here! “Linden Knight” and keeper of the flame, Linden, USA! The tales of Linden USA will follow in the weeks ahead brought to you by Steve Moro’s little brother, Chris:

I’ve been bending Peter’s ear for some time now about whenever I read the Malden Advocate (aka The Edgeworth Times)! Yeah, that was a shot across the bow! I would tell him that I never see anything written about Linden, USA! Occasionally some blurbs about Green Street and other Wards of Maldonia – never Linden USA! I would mostly run into Peter at the Italian American Citizens Club during the summer bocce season or at the Dew when grabbing a morning cup of Joe and The Advocate. Speaking about a cup of Joe, Peter would be sitting there with his brother Joe (Hi Joe!). In hindsight, I guess, it started there and carried over to the IACC. I would go over to Peter and say my “hellos” and then I would start on him (assault being a better word): “What gives, Peter?!” “Again, always about Edgeworth!” Pete would just sit there as I rambled on and on. God bless you, Peter, for letting me vent my frustrations like “Otis from Mayberry” I can be on some nights. You’re a Saint, Peter (no pun intended)!

Then one day Pete says to me, “Look Chris, I don’t know much about Linden, okay.” “Sure, I know some guys from Linden but that’s it! Then with a pause he says, “Chris, if you want me to write about Linden, (this is his exact quote) “I need some ‘meat,’ provide me with the meat then I’ll add the potatoes and I’ll write about Linden!” So, I say, okay Peter, “I’ll do that!” So, here it comes, “the meat and potatoes” on Linden, USA!”

Postscript 1: Hard to believe my little buddy Mark Chopelas has been gone 19 years now. I walked by “Choppa Field” last week with brother Joe and thought of the little sparkplug who always passed me the ball on the hoop courts of Malden! The guy with the biggest and the best smile, ever! The standup guy who would go to the wall for any of his “pallys.” “Choppa” may no longer be with us physically, but he is certainly in the hearts and minds of many Maldonians, today and always. Miss seeing him walk through the door and greeting me with a (very loud) “PISTOL Pete!”

Postscript 2: My father, Solomon aka Zulick, wore his Star of David proudly right up until the day he died. A voracious reader he had a saying after scanning the obituaries, noticing the passing of yet another lantzman; he’d say to nobody in particular, “We lost another friend today.”

Zulick, we lost another friend today… “Peabody lost one of their own, Celia Scholnick Levine (no relation), peacefully in her sleep August 3, 2022, at the wise age of 96 years young.

“Though she wanted to be a singer, Celia went to school at Peabody High and for 49 years worked as an accounts receivable bookkeeper at New Eng­land Sportswear. Marrying a young man named William ‘Bill’ Levine, whom she had first met at a dance, Celia’s legacy is followed by her two sons and daughters-in-law, six grandchildren, and two great-grandchildren.

“As a second-generation American and matriarch of the family, Celia’s stories scatter the globe: hot air balloon-riding in San Diego and family adventures in Kauai, Puerto Rico, Jamaica, Vermont, Mexico, and Australia.

“She taught many lessons about life and living it to its fullest:

“1. Be sure to stay active, but follow it with coffee, donuts, and schmoozing with friends.

“2. One can never have enough Honey Dew Coffee, ice cream from Richardson’s, and popcorn and saltwater taffy from Salem Willows; and

Postscript 3: Woodstock came to a wild, climatic end 53 years ago this past August 18 with an early morning set by the Jimi Hendrix Experience. That week, I remember, as a 12-year-old, listening to concert stories told by “hippies” and Devir Park concertgoers trickling back to the Bandstand at Devir: the drug usage stories, the sleeping in the mud stories, the amazing hitchhiking stories, skinny-dipping stories and oh, of course, the music.

Postscript 4: Do not fret, San Rocco coverage will continue next week. You didn’t think you were getting off that easy! Insert smiley face.