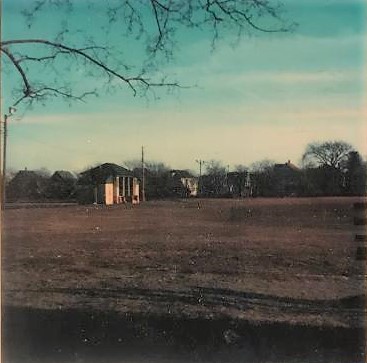 Devir Park is once again in the news. A much-anticipated makeover is scheduled for the near future, and those who love Devir could not be happier. Thank you, Janelle Devit’s and Paul Condon, for caring.

I understand the following article may belong to yesterday, but I could not resist…Devir was always a family-friendly public space. In my youth, during daylight hours, Devir Park was overrun with every child in Edgeworth – possibly the last generation where children numbered four or five in each family and, in some cases (the Frenis from the other end of town), 10 or more. Every inch of the park was in use. The Bandstand was always mobbed: a respite from the hot summer sun, a place to enjoy a “Big A” Italian with everything on it, including hots – also a place to light up and get your illegal smile on – in privacy. From the basketball and tennis courts to the in-ground water sprinkler, to the children’s playground – girls and boys played. Bruce Field was constantly in use as well as a makeshift ballfield right behind the green wooden fence on the Malden Street side in front of Mr. Adorn and Mr. Roach’s houses. The big-league diamond was always in demand (especially with Frankie Letizia and his dad), but the field that got the most use was the softball diamond. The softball diamond near the Shell Gas Station was in use from early morning deep into the night – Skippy Murray, Rob’s late uncle Joey McCarthy and father Bobby, Bobby “Nipper” DiSerio, Dennis Damiano, Dom DiSario, Joe DeVincentis, George DeCandia, Paul Murphy, Joe Levine, Cliff Cioffi running the show like the park bosses they were. It was a summer wonderland for us Edgeworth kids: a place for our generation to stay active, stay local and stay out of trouble – before the next generation became obsessed with remaining in their air-conditioned homes playing early versions of mind-numbing video games. Then families became smaller. That is a story for another time.

Truth be told Devir Park took on a slightly different persona when the sun set. Unlike daylight hours where all were welcome, nighttime was by invite only. You had to have a connection: an older brother or a relation; you had to be from the neighborhood; or you had to be familiar with the traditional Devir Park pecking order. Sometimes you needed all three to join in on the fun. This afterhours hang was generational – handed down instinctually from one generation to the other. The young’uns knew enough to leave the Bandstand to the big kids until they said it was okay to join in or until they decided to jet for a house party, night club or up to Amerige or the Rez for more “privacy.” You waited patiently until it was your time to sit on those beer-stained steps.

It was all clean fun, I must point out at this time. Yes, weed was smoked. Lots of it! Beer and wine were consumed. Voices got loud. Music was played, sometimes loud. A scuffle would occur from time to time (those damn Medford juvenile delinquents!). Muscle cars would use the Fells or Emerald Street to show off in front of all the pretty girls that called Devir Park home (Hello, Diane Wishoski! Hello, Patti McGonagle! Hello, Geraldine O’Conner! Hello, Donna Ventura Morabito! Hello, Donna Davis!). And yes, a lot of other “stuff” went on until the wee hours. Watching the sun rise from the Bandstand steps after a night of merrymaking was not uncommon. Again, it was all good clean fun by youngsters trying to figure out life on their own terms – tame compared to today’s standards. After a decade like the 1960s, there was a lot of figuring out to do. The 1970s were just as confusing and took just as much skill to navigate and get out of alive. That’s yet another story.

So, with that said I present to you a look at the flip side of our childhood at Devir Park. Not everybody felt warm and fuzzy about the shenanigans that went on there. The Malden Evening News was our trusted source of information back when they were located on Ferry Street and David Brickman was our Walter Cronkite. No fake news. They ran a column, usually on their editorial page, called “Our Readers Write…Gripes, Groans, and Cheers.” It allowed Maldonians the opportunity (before social media reared its ugly head) to weigh in on anything their pea pickin’ hearts desired. “Mr. & Mrs. Name Withheld Upon Request” made quite a splash with the Devir Park Bandstand gang when this was originally printed in 1972. Speculation ran wild for many weeks during that summer on who the letter writer actually was (the Dempseys?). In hindsight, the letter writer was spot on. Insert great big smile face.

Here for your reading pleasure is that same letter which caused such a ruckus those many years ago:

“Whatever happened to the citizen’s right to quiet and peace in the night, or for that matter, the law that is supposed to guarantee against the breaking of the peace.

“Ask the Mayor’s Office, Police Dept., the Registry of Motor Vehicles, or your local political reps. I did and found a not to lovely ring of un delegated authority; no one wants to take the reality of the situation; they all seem to pretend that it doesn’t exist or else is someone’s responsibility other than themselves.

“The disturbances of the peace that I speak of are the loud, obscene shouting of what I would term potential class one bums, who constantly make their headquarters about Devir Park in Malden at the Medford line at night.

“I am complaining about their illegal use of horns and loud mufflers on vehicles; drinking in vehicles and in the park; breaking of bottles; racing and screeching brakes; public urinating; obstructing and blocking traffic; loud radios and shouting; constant defiance of park rules, and the rights of their fellow citizens to peace in the night; and God only knows what else may be happening at all hours of the night. And I mean until two or three in the morning, practically every evening.

“I also am complaining about the parents who drop their offspring off so they may join the night with their chums’ loud voices.

“The police on duty who I think are trying to do their jobs as best they can, say they can’t remove licenses or registrations for motor vehicle law breaking, nor can they arrest for loitering in the public park after dark. They say they can only suggest these people to move on. Usually, this means to move to another position or to another night as I see it.

“The police are weary of responding to calls that place them a little above a wearying babysitting duty. The mayor’s office decides that this is strictly a police situation and doesn’t seem to care about the cost to the taxpayers or police necessity to make repetitive calls every evening. The local rep tries to speak to some of these people periodically, prodded by citizens’ sharp and persisting complaint.

“I was told that it will not do any good to make arrests; the very good judge just won’t cooperate with police or allow the citizens the peace that the city ordinances are supposed to guarantee.

“Why couldn’t the mayor have installed and posted no parking signs around the park area at night, which state a fine on parked vehicles? Maybe the mayor could install a no loitering at night rule in public parks to read ‘no loitering or around the streets directly adjacent to the park’ and throw in a fine payable immediately. Also, enable police to deliver people under 18 to their parents and present their parents with the fine. On the other hand, if they insist park areas to be open ’til three in the morning at least station a police officer to uphold the law and guarantee the peace.

“Also, this stupidity of allowing public drinking on the streets or in parked cars or in city parks should cease especially when young boys and girls are involved with older people.”

(Name on file but withheld by request)

“This is the end, beautiful friend, this is the end, my only friend, the end” – just to put this all into some sort of perspective, the denizens of Devir Park back in those days were not exactly the hooligans or the “class one bums” referenced in the letter. You would be pleasantly surprised to know that many of those same boys and girls are Malden’s most outstanding and righteous citizens today.

Postscript 1: The line with “complaining about the parents who drop their offspring off [at the park]” really struck a nerve with many – a good nerve that is. My mother got the biggest kick out of that article and that line in particular when she read it! Mom and dad dropped us off many nights on the Emerald Street side back then. Dorothy Drago Levine had it proudly stuck on her refrigerator for many years before it yellowed and disappeared.

Postscript 2: In retrospect my feelings for this writer have certainly changed over the years. Their pain, their feelings were quite real. The frustration conveyed through the written word is also real. I’d like to offer my apologies. Yeah, I get it – you’re a little late to the party, Mr. Levine – but if any relatives of the writer are alive today, I would love to hear from you.