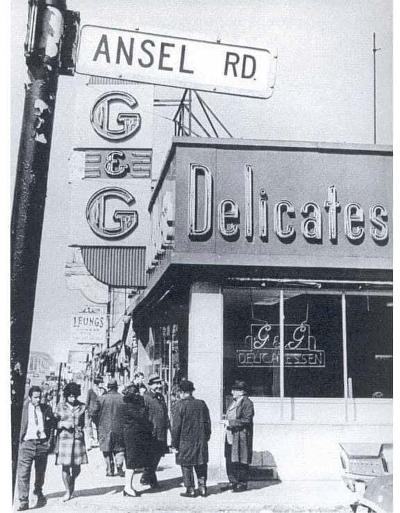 Because you overwhelmingly demanded it! Because you had to read it “just once more!” Because it was so wicked awesome the first (three?) times! My column from 2014 (with a few edits) reflecting on our collective past! Back by popular demand! Actually, I got caught without enough material once again for a new column so why the heck not!

Just once more – for the sake of old times and old-timers!

Thank you to James Calogero, whom I totally lifted this idea (and especially the last line) from while I was thumbing through an issue of “Boston’s North End” from 2002.

First stop for me: Hugh O’Neill’s for a wee snifter before I head over to my go-to destination, All Season’s Table. Hugh’s was poppin’ (am I using the correct millennial terminology?). Congratulations to Hugh’s on their 20th birthday celebration, by the way. Malden Square is a better place with Hugh O’Neill’s serving up great chow and outstanding craft beer all the while bringing a small taste of Ireland right smack dab in the middle of town. An Irish group sat under the big screen TV during the Sox game as they played all your favorite tunes from the Emerald Isle. The Dubliners own the song, but my request for the “Irish Rover” was spot on from this talented duo. I had a Maltings Irish Ale (Red Ale) out of Sullivan’s Brewing Company and was glad I did. One and done.

I bade farewell to the friendly waitstaff behind the bar, and speaking of AST, what better place on planet earth to celebrate another birthday than Doug’s Palace of Delights, All Season’s Table! This time it was for that superstar real estate agent and super-mom to four adorable children, my stepdaughter, Angela Falzarano! I am happy to report the food, drink and service have not changed one bit over the years. A delight to all your senses! I am also happy to report that the drinks were just how you remember them. Delightful! I am also overjoyed to report that CEO and visionary businessman Douglas (Tran) joined us and was as charming and congenial as always. Love that guy! We arrived somewhat early on that Saturday night just as the dining room was filling up. We spent a glorious couple of hours eating and drinking (12-year-old Christian loved the Edamame and Gyoza), enjoying all that AST has to offer. As we left, the joint started rockin’ – a room full of happiness. I really appreciate the time, care and effort AST put into making us feel welcome. Doug and his crew have not only brought the Square back to life but have become a beloved Malden institution in the process. Happy birthday to Angela Falzarano who has (also) seemingly discovered the fountain of youth all the while killing it in her chosen profession all the while raising four darling children: Christian, Lola, Lana and the newest Falzarano, Milo. Goes to show what marrying well can do for ya! Her husband Joe ain’t a bad guy either.