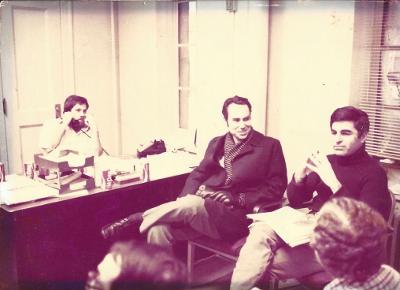 On April 29, at 6 p.m., the Malden High School Alumni Association will be inducting into its Hall of Fame eight outstanding Malden High School graduates. They walked the same halls as you and me, had lunch at the same greasy spoons in the Square as you and me (Brigham’s, Jack in the Box, Signor Pizza) and probably studied at the same library across the street from the high school as we did, but it appears they studied a lot harder than us (insert smiley face).

With that said, the Alumni Association requests your presence at Anthony’s of Malden to honor your amazing classmates. Please contact Camille Colantuoni at 781-632-1646 or email cmc5767@aol.com for ticket information. If you would like to place an advertisement in the program book, please feel free to contact Len Iovino at 781-321-3568 or email him at lvi_mps@yahoo.com or John Froio at 781-321-0339 or email him at jfroio38@verizon.net.

I always felt that the Malden High School Alumni Hall of Fame was long overdue – that perhaps a disproportionate amount of attention was placed on the many fine athletes as opposed to the academics that have walked the celebrated halls of MHS. The Alumni Association does the (deity of your choice) work. They’ve toiled long and hard to create a space where all the math nerds, all the English wonks and all the talented brainiacs could be recognized for the hard work they’ve put into their scholastic life/personal careers. There are eight inductees this year. The committee did not have to search very far for worthy candidates. By the looks of this year’s inductees, they hit a buzzer-beater with no time left on the clock in game 7. A couple I know personally. A couple I don’t. Truth be told, I nominated Norman (Greenbaum) and Michael (Goldman). I know, those two were no-brainers, but inquisitive readers might be wondering aloud how on earth these two MHS superstar graduates didn’t make it in the inaugural class.

Ronny (Cox) and Albert (Spadafora), frankly speaking, left me speechless. Don’t get me wrong. Not that I don’t think that they are Hall of Fame worthy – they are – but because they both fly so low under the radar, never drawing attention to themselves. Well, maybe Ronny draws a little attention to himself but certainly not Albert (insert smiley face). Both have been in the Peter F. Levine Hall of Fame for like, forever; Ronny since about 1972 when he introduced himself to the young Devir Park ruffians as an Outreach worker as part of the Y Extension. His saintly presence and new-age hippie sense of himself endeared him even to the most grizzled Bandstand occupier of the time.

I have called Albert a friend since about 1978. We would sit at the old bar at Anthony’s and watch his young son Craig run roughshod, like a bat out of hell, through the barroom. We’d also order up plates full of his brother Neal’s famous sausage and steak tip dinners and drink Miller High Lifes until closing time (or until Franny called and told Albert to get the expletive deleted home). It was during that time that I saw how generous, how thoughtful, how philanthropic Albert was (and a whole heck of a lot of fun to hang out with) – simultaneously disciplining young Craig, trying to corral Neal in, and entertaining a room full of his best and closest friends/barflies (insert yet another smiley face) – oh yeah, and keeping his saint of a wife, Franny, happy.

Richie “Ace” Howard: It was only a matter of time before he entered the pearly Hall gates. As Mayor of Malden, he transformed the way we did business in a way that will be felt for generations, all without the help of a smartphone or the use of a computer, believe that or not! Ace took control of the corner office after Ed Lucey put into motion a game plan to get Malden out of the musty old past and into the bright, new future. No problem for Richie! He was the impetus behind the five new K-8 schools that were built. Past President of the Chamber of Commerce. Check. Director at the YMCA. Check. Commissioner of the Malden Housing Authority. Check. After serving as Malden’s mayor, Richie got bored so he took on the Town Manager position in Winchester. When I get bored, I take a nap on my recliner. Not Richie Howard! On a personal note, I have always been a big fan of Richie Howard. I got to know him well on the hoop court at the old Y (he introduced himself to me with a sharp elbow to the midsection). It was love at first sharp elbow. Congratulations, Ace, well deserved.

Phillip Hyde is from the Class of 1982. I’ve mentioned the Class of ’82 in past columns (can you guys believe you’ve been out of school 40 years now?!). What is up with this class?! I’ve called them possibly the best, possibly the most successful, possibly the most fun class to hang around with from the past 50 years. Fellow Alumni Hall of Famer Marc Phaneuf is from that class. Aerosmith Tour Manager John Bionelli is from that class (future Hall of Famer). Heck, that class even produced the Paula Battaglia-English! Phil is being inducted in the field of technology. Phil speaks four languages. Phil is CEO at InContinuum Software in The Netherlands. Phil is recognized as a “cloud trendsetter” (whatever that is). I kid you, Phil, way to go!

I knew quite a few of Sandy (Velleman’s) classmates from 1977, but unfortunately not Sandy. Most of the great athletes from her class have been celebrated: guys like Dave O’Brien, John Furlong, Danny O’Boyle and Shawn Brickman. About time Sandy got her name in lights. She is being celebrated in the field of science. Dr. Velleman was named a Distinguished Professor for her research in Food, Agriculture and Environmental Sciences, in Animal Science, at Ohio State University. How about that! She is also very much active mentoring young women and minorities in agriculture sciences. Way to go, Dr. Velleman.

Being inducted posthumously, Nancy Finkelstein, Class of 1960, was an English and French teacher in the Malden Public School system. Nancy was President of the Malden Teachers Association and President of the Massachusetts Teachers Association. She worked with Governor Dukakis to pass legislation to ease the effects of Proposition 2½ on cities and was head of the Massachusetts Cultural Alliance. That resume says it all about Nancy Finkelstein.

“This is the end, beautiful friend, this is the end, my only friend, the end” – writing these words brought me back to my high school years. I was no hall of famer, just for the record. Got me thinking of the recently departed as well as those lost to “the foggy ruins of time.” Most understand that this life of ours is short. If we’re fortunate, we enjoy a few highs and rejoice in a few kicks. Most likely we have just as many lows along the way (unless you’re a Buddhist of course – insert smiley face). In my humble opinion, we should slow dance to Sinatra whenever the opportunity presents itself. Laugh out loud. Regardless. Delight in small pleasures. Always!

Postscript 1: About the above photo, Mike speaks: “Forty-four years ago, I had a head full of hair with a matching brown beard, and some small responsibility for dealing with the worst blizzard in the history of the Commonwealth. Decades later, the hair has just about completely disappeared, and the beards turned white, but I’ll always be proud of having shared 8 long days and nights with former Governor Mike Dukakis; former MDC Commissioner Jack Snedeker; and hundreds of people from dozens of state agencies who were examples during that crisis of what was and is the best public service.”

Postscript 2: Norman was no “One Hit Wonder!” His 1967 tune “The Eggplant That Ate Chicago” (from his Dr. West’s Medicine Show and Junk Band days) reached Billboard’s Top 100 chart (#52) in that “Summer of Love.” With lyrics like these, how could it not: “You’d better watch out for the eggplant that ate Chicago, for he may eat your city soon…if he’s still hungry, the whole country’s doomed. He came from outer space, lookin’ for somethin’ to eat. He landed in Chicago. He thought Chicago was a treat.” Norman had four songs that charted, by the way. Not bad for a longhaired Jewish kid from Malden.

Postscript 3: Alice (Spadafora), we salute you! You raised a good boy! Hall of Famer, Albert Spadafora! Alice, who would have thought!?