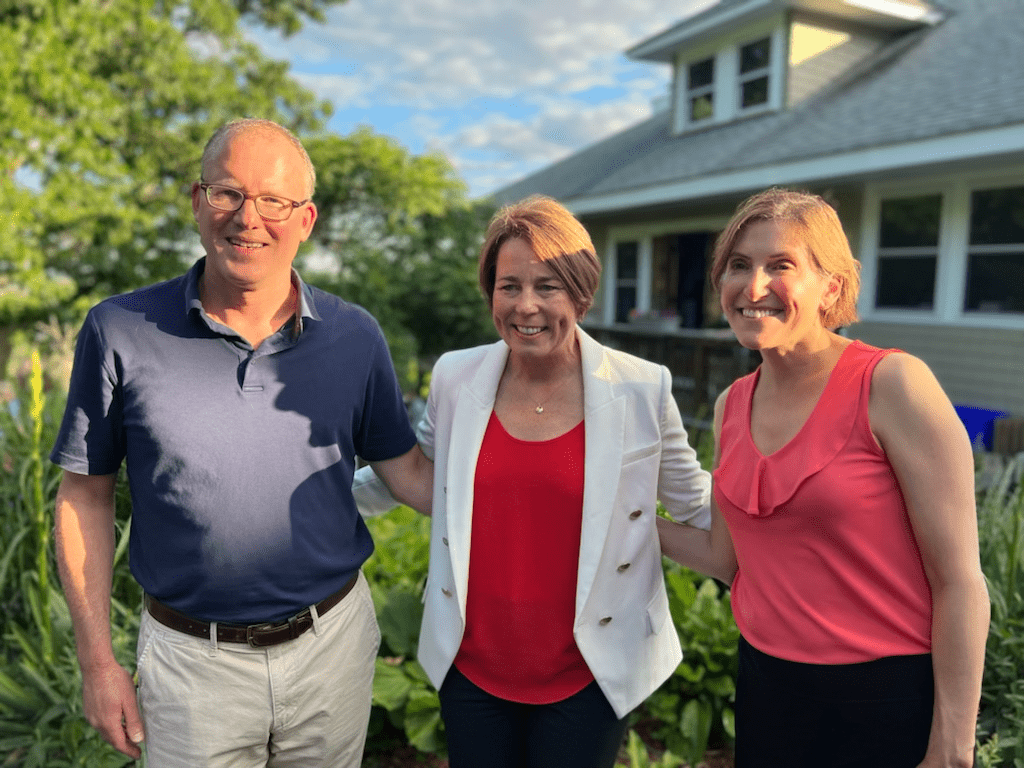 BOSTON, MA – State Senator Jason Lewis is proud to be endorsed for re-election by Massachusetts Attorney General Maura Healey. Healey is also the Democratic nominee and frontrunner to be the next Governor of the Commonwealth.

“I’m proud to endorse Senator Jason Lewis for re-election because we can count on him to advocate for strong public schools and work to grow our economy,” said Attorney General Maura Healey. “I’m looking forward to partnering with him to deliver results and make housing, healthcare, and childcare more affordable for all.”

“Maura Healey has been incredibly effective as our Attorney General and I’m thrilled at the prospect of her serving as our next Governor,” said State Senator Jason Lewis. “We have built a strong relationship and I’m very much looking forward to working together to expand opportunities for all our residents and continue to tackle the challenges facing our communities.”

Senator Lewis serves as the Senate Chair of the Education Committee, and led the effort to pass the Student Opportunity Act, landmark legislation that dramatically increased state funding for our public schools in order to ensure that all students have the resources they need to thrive. Senator Lewis was also named a Bostonian of the Year by the Boston Globe in 2018 for his leadership in creating the strongest Paid Family & Medical Leave program in the nation. This means that Massachusetts families don’t have to choose between earning a paycheck and caring for a newborn baby or a sick family member.

Senator Lewis has represented the Fifth Middlesex District in the state Senate since 2014. He is facing Republican Ed Dombroski, a Wakefield Town Councilor, in the upcoming election. Senator Lewis has been endorsed by all the other members of the Wakefield Town Council. He has also been endorsed by State Representative Kate Lipper-Garabedian, Melrose Mayor Paul Brodeur, Malden Mayor Gary Christenson, and many other local elected leaders in Malden, Melrose, Reading, Stoneham, Wakefield, and Winchester.

To learn more about Senator Lewis’ positions on issues and his accomplishments for our communities, please visit electjasonlewis.com.