Mayor thanks local hero for stepping in 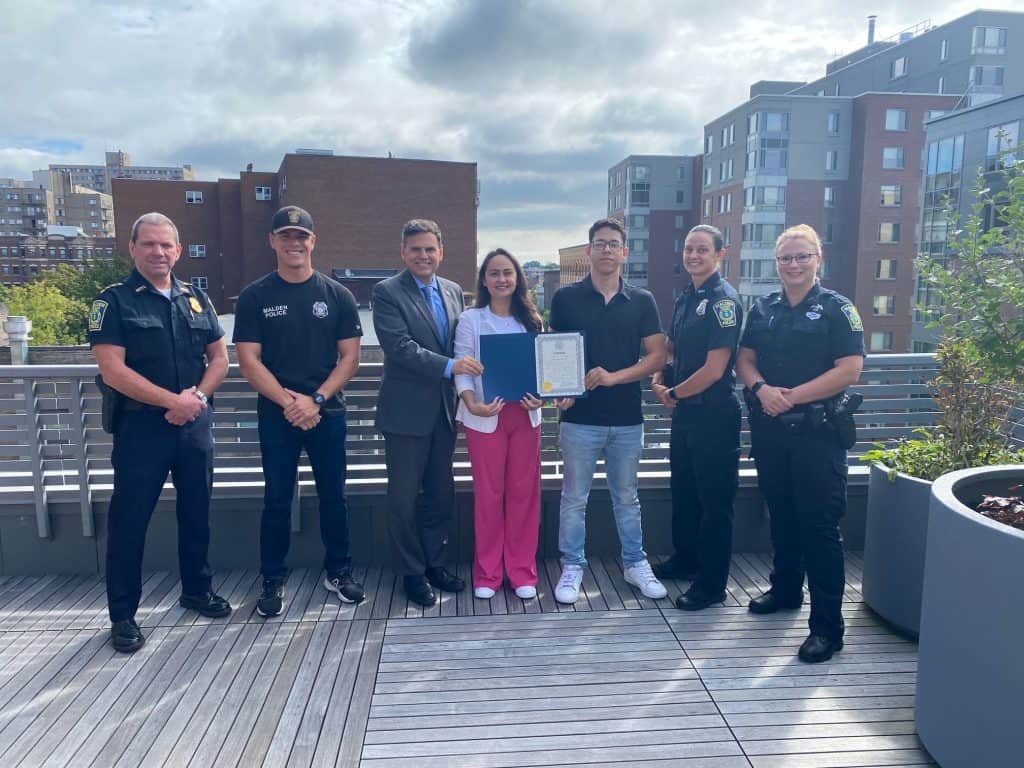 Mayor Gary Christenson and Police Chief Glenn Cronin recently thanked Ryan Dos Santos for going above and beyond in assisting a resident during a robbery in progress. Also in attendance was victim Luzia DeSouza, who was very grateful for Ryan’s assistance.

Reportedly, coming upon the scene in his work vehicle, Ryan didn’t think twice about jumping into action – chasing and holding the perpetrator until the police arrived. Although he was stabbed in the leg and bitten during the process, his bravery and quick action resulted in the successful recovery of the resident’s property.

“There is no doubt that Ryan’s swift response to the unfolding emergency resulted in property recovered and the arrest of the perpetrator,” said Mayor Christenson. “We are truly grateful for his selflessness in coming to the aid of a resident in danger.”