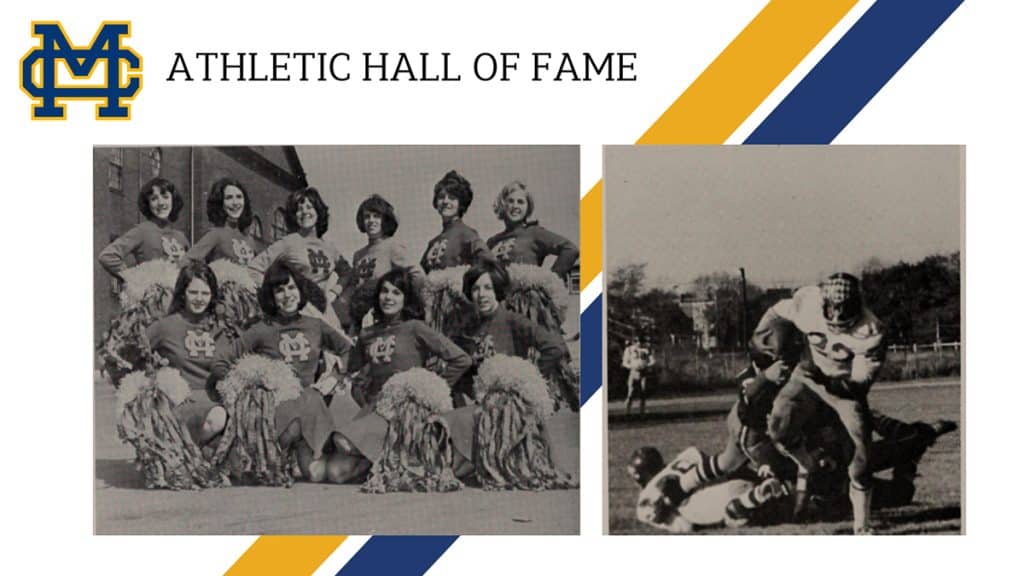 MALDEN, MA. – In recognition of Malden Catholic’s longest serving Xaverian Brother, MC has dedicated its athletic hall of fame to Brother Daniel Cremin, C.F.X. who spent 23 years at the school coaching and teaching physical education instruction and 23 years at the school as a counselor. The school’s hall of fame was originally established in 1989 and it celebrated the institution’s strong athletic history and outstanding individual athlete, team, coach and volunteer accomplishments with a formal induction into the MC Hall of Fame for sixteen years. The newly reignited Brother Daniel Cremin, C.F.X. Hall of Fame will continue this rich history by accepting nominations for 2022 inductees, recognizing exemplary MC alumnus and Girls Catholic alumna, employees, coaches and volunteers until September 30, 2022 through this link: https://forms.gle/TpWZxVB8CGp3G6CR9. The new roster of Hall of Fame inductees will be announced in the fall of 2022 and formally inducted at a banquet at the school in December.

John Thornburg, Malden Catholic President stated, “Brother Dan’s commitment to MC and his athletic accomplishments are unprecedented. In light of Brother Dan’s retirement after 46 years, we are delighted to honor him for his lifelong dedication to the school and feature his outstanding success along with the positive athletic accomplishments of our talented alumni and alumnae who have who have performed so well over the years.”

Brother Daniel Cremin, C.F.X. holds the degree of Bachelor of Science in Education from Northeastern University, a graduate degree as Master of Education from Boston University, and a graduate degree as Master of Education in School Counseling from Suffolk University. A member of the Malden Catholic Athletics Hall of Fame, Brother Dan had an illustrious MC coaching career. He was the head varsity soccer coach from 1975 – 1983, leading the team into the Commonwealth Conference league play in 1978 and into a berth in the state tournament in 1979 with Co-Captains Frank Ciampa and Mike Killion.

In 1976 Brother Dan launched the school’s swimming and diving program, continuing as head coach until 1998 with able assistance from Brother Fred Eid.  Brother Dan earned recognition in this sport as the Boston Globe’s Coach of the Year, North Division, in 1989. During that season, Joe Sheehan, our All-American, state champion and record holder in two events, led the Lancers to an eighth-place finish in the State Championships. Brother Dan served eight years as the President of the Eastern Mass. Swim Coaches Association and on the MIAA Swim Committee during that same time. In 2002-2003, the Eastern Mass. Swim Coaches Academy inducted Brother Dan into its Hall of Fame.

Brother Dan coached Cross Country from 1984 -1998, first as assistant to Bro. Myles McManus and then 10 years as head coach.  During the 1990 season, the Lancers shattered Xavierian’s unbeaten streak of forty-five dual meets on its way to a first-place finish in the State Catholic High School Championship Meet and to fourth place at the All-State Meet, led by Kevin Carnabucci, ‘92. Brother Dan was also an assistant coach for Brother Tim Hoey for five seasons in outdoor track and field.

Since 1932, Malden Catholic High School has shaped emerging leaders in our community, claiming a Nobel Laureate, a Senator, two ambassadors and countless community and business heads among its alumni. Annually, graduates attend some of the nation’s most renown universities including Harvard, Dartmouth, Georgetown, Brown, Cornell, Tufts, Duke, Georgia Tech, Boston College, Northeastern, Boston University and Amherst College. Foundational to student success is Malden Catholic’s codivisional model which offers the best of both worlds, single-gender academics during the day and integrated social and extracurricular opportunities after school. Malden Catholic is known in the community for its rigorous academics, SFX Scholars Program and award-winning STEM program (Science, Technology, Engineering and Math) with electives such as Robotics and Engineering Design. Malden Catholic curricula is designed to improve individual growth mindset, leadership principles, and success outcomes along with integrating the Xaverian values of trust, humility, compassion, simplicity and zeal. https://www.maldencatholic.org/