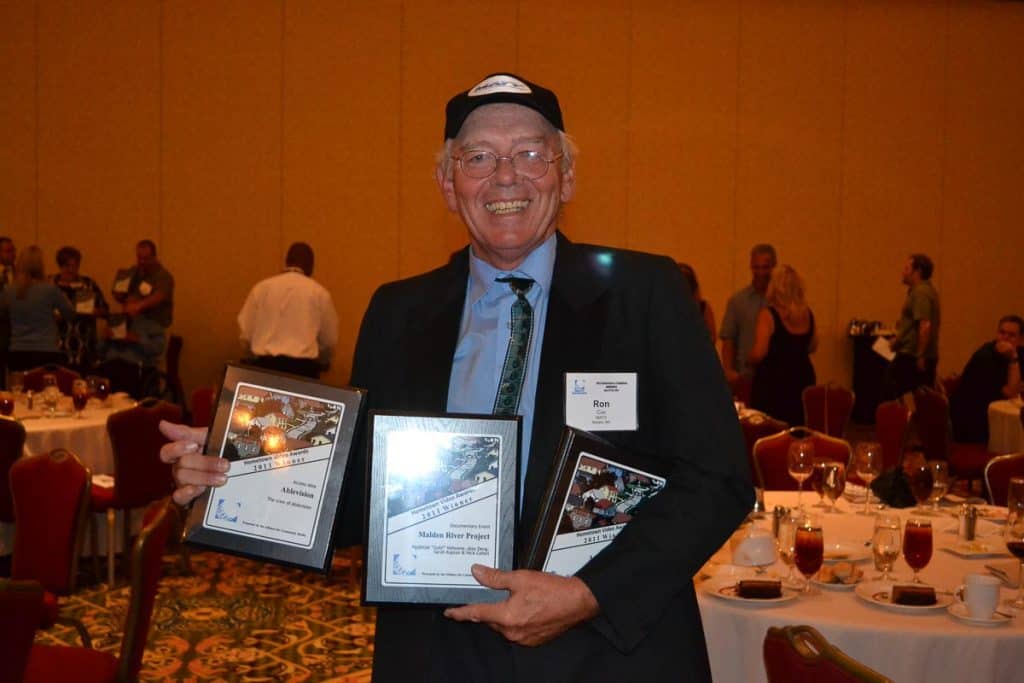 It was last October that Ron Cox, the Executive Director of Urban Media Arts (UMA – (formerly MATV, Malden’s Media Center), publicly announced his plans for retirement this spring. That was five months ago, and after a nationwide search, it looks like his replacement has been found and Ron will be officially leaving on April 11.

Ron has been at the helm of UMA/MATV since 2006, but he has been involved with the media center since it opened its doors in 1989. He began as a volunteer producer and was one of the first to produce his own show – called “Live on Tape.” Since 1990 it has been featuring local talent, showcasing people of interest and highlighting activities and events throughout Malden and the surrounding area. It’s similar to the old Dave Letterman show, but Ron would be quick to point out that it “actually was modeled after the Tonight Show with Steve Allen.” The show is still being recorded live each month and his crew just produced their 227th program.

Not many people can say they started out as a volunteer, became a board member (1992-1998) then an instructor to eventually becoming the manager of the station.

Over the last 30 years, he has been instrumental in covering several community events – from fishing derbies to holiday parades to Malden Reads activities and political forums – as well as shooting and editing his own videos that have won several regional and national awards. But it is the work with youths and his award winning workshop called “The Kids Video Adventure” that he is most proud of. Since the program began in 2006, they have won over 10 national and regional awards, and their “Red Carpet Premieres” held at the Senior Center were always a well-attended event.

When asked about his legacy, Ron said, “There is nothing better than seeing a group of crew members coming together to create a production that makes a difference, gives people a voice and showcases the talents and creativity of our community. This gig has been the delight of my life.”

Ron had been actively involved in the rebranding that took place at UMA. When he knew he wanted to retire, he felt that he wanted to be part of the process so that when he left, people would know that it happened on his watch and he supported it. “We actually came up with the sound ‘UMA’ before we knew what it meant.”

“Since our primary source of revenue is from the subscribers of cable and cable cutting is a reality, that source of income is not going to be sustainable in the future,” said Cox, adding, “We needed to build a better business plan and that’s what we are doing now.”

Cox says he’s now ready for retirement. “Yeah, it was pretty much COVID that caused me to rethink what I was doing. I’m done with zoom meetings, virtual workshops and non-existing production. It was the right time for me and I’m looking forward to my new adventures.”

Asked what his retirement plans are, he replied: “…some traveling, make some art, create some videos, and like everyone else, I’m going to write a novel.”

A special event called “Ron’s Retirement Roast” fundraiser is being planned by the Malden Chamber of Commerce and UMA for Thursday, June 16 at Anthony’s of Malden hosted by comedian Dave Russo.