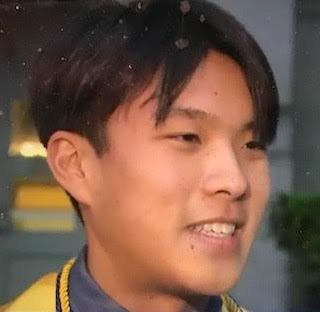 For over a year now, elected officials, city leaders and members of the Malden community have been working together to determine the best ways to allocate the $45.7 million the City of Malden has received from the federal American Rescue Plan Act of 2021 (ARPA). The federal law is providing $1.9 trillion in funds nationwide to help the country recover from the public health and economic impacts of the COVID-19 pandemic, including $130.2 billion for local governments.

Over a year ago, Mayor Gary Christenson formed subcommittees, with each committee being represented by a City Councillor, a community member and a City of Malden staff member with subject matter expertise. These committees were tasked with coming up with proposals for initiatives that would be the most impactful to the community, focused with the following areas:

Through the work of these teams, the city of Malden already has multiple affordable housing projects in the works and also has:

—Conducted festivals to reintroduce patrons to Malden as an offset to the lost traffic and overall business revenue from public transit, among other projects

ARPA funds may not be used to create jobs that require funding of any staff or personnel salaries.

According to city officials, “The list is long, and will only get longer as these committees continue their work.”

This is how the plan to provide a $1,000 scholarship for every college-bound member of the high school Senior Class of 2022 came into play. As Malden Mayor Gary Christenson, who is also chairperson of the Malden School Committee, was preparing for this year’s Malden High School graduation ceremony, which is set for this Sunday, June 5, it struck him just how hard this graduating class had been impacted by the COVID-19 pandemic. After consulting with Malden City Council President Craig Spadafora, who has been instrumental in the work delegated to the allocation of the $45.7M ARPA funds, and Ward 1 Councillor Peg Crowe, who has been an active member of the city’s Scholarship Committee, the Mayor had an idea: “Let’s address this is a BIG way.”

According to City Hall staff, the Mayor reasoned, “ARPA funds are intended to help address the negative impacts of COVID-19 and also, a graduating class entering college at a time of unprecedented cost increases, still reeling from two years of COVID impacts, was worthy of our support.”

After further discussions with City Council President Spadafora, Mayor Christenson decided to put some of the funds that had not been allocated to a particular subcommittee to good work.

Every Malden resident graduating this year and going onto college would receive a $1,000 scholarship. The City expects to allocate about $500,000 to fund this initiative, and the response has been overwhelming. The unexpected announcement of the plan at Tuesday night’s Malden High scholarship event at the Jenkins Auditorium at Malden High was met with an instant standing ovation and raucous cheers.

As word spread throughout the city and region of this first-in-Massachusetts plan on Wednesday, television news stations flooded the city and interviews were held with Mayor Christenson and Malden High students, some of whom were participating in another senior class-related event at the high school, the National Honor Society induction ceremony.

Malden High School seniors like Cyril Jeremie said they couldn’t believe it when they heard the news. “When I heard it, I was really shocked – considering all we’ve been through this year, I didn’t expect to be receiving $1,000 at the end of the year,” he said.

Malden senior Tony Giech, the MHS Class of 2022 Orator (as the #3-ranked student), echoed Jeremie’s response. “I just short-circuited. I was like, ‘No way this is happening. It has to be a prank. Where are the cameras?’” Giech said.

As for what they plan to do with the money, MHS senior Massimiliano Lam said he has a few ideas already in mind. “Well, it can help to pay for tuition fees, cost of attendance, just commuting and all that stuff,” he said.

They are all grateful for the extra help as they take the next steps towards building their future. “I am very grateful to the Mayor and everyone from the city involved with this,” said Jeremie – who is a star on the state tourney–bound MHS volleyball team – as he was preparing for practice on Thursday. “I do not come a family with a strong financial background. This [$1,000 scholarship] will be a big help.”

“I’m grateful I was able to spend four years here. Malden High has been great. I was able to go to a school with rich diversity. I’m able to feel confident going into the world knowing I had that here,” senior Karen Rivera said on Wednesday.