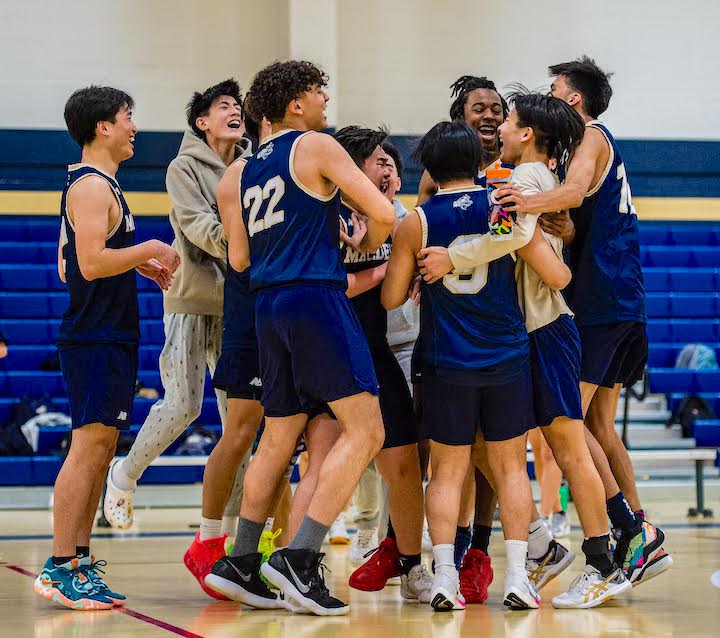 Tornados have swept every opponent, 3-0, in each of its victories all year!

It has happened so often this year, the boys might have to replace the broom.

For the 10th time in a row — and the 14th time this season— the Malden High Boys Volleyball swept an opponent and collected a big win as the 2022 season rolls along.

It was Malden’s 10th straight win as the Tornados continue to be one of the hottest teams in Eastern Mass. Malden is now at #17 in the divisional power rankings as it eyes its first participation in the true statewide tournament.

Malden’s lone loss this season is a 3-1 stumble to O’Bryant High School of Roxbury on April 14, nearly one month ago.

Since then Malden has been on a bonafide roll, whipping four weeks and 10 games of sweeps and wins.

“It’s been a good stretch for us, but we still have plenty of room for improvement,” said Coach Jurkowski, now in his sixth year and just the sixth year of the program overall.  “Some of our wins have come over stronger opponents and others over teams who may have just started their programs or have been around for only a few years.

“We know we will face very strong competition in the State Tournament in about two weeks, so we will have to continue to work on getting better so we can be prepared,” the Malden coach added.

Malden is fielding one of its most veteran teams in Coach Jurkowski’s tenure, led by boatload of talented, experienced seniors, including captains Yoji Yonetani, Kingson Chen, Justin Ong, as well as juniors Kevin Lin, C.J. Jeremie and Kyle Lee.

The Malden coach said team chemistry and a passion for the sport have combined to help fuel the successful streak as well.

“The players all support each other and get along very well. Most of them are friends on and off the court,” Coach Jurkowski said. “They are really invested in the sport of volleyball and work hard at it. We are hoping to keep it going and finish strong for the regular season, heading into the postseason.”

Malden was scheduled to play on the road at Revere Thursday and next week a big one, hosting Arlington Monday at 4:00 p.m. and a key game, a rematch with O’Bryant at home on Thursday at the Finn Gym at 4:00 p.m.