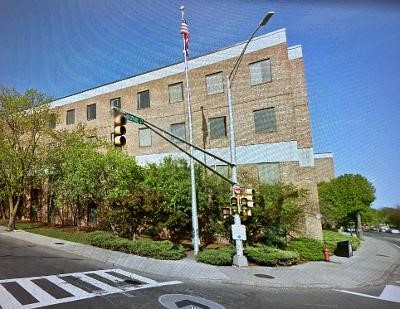 The 1965 undefeated Malden Catholic football team was a team for the ages. I am still on schedule for a sit down with Steve Wishoski to continue the discussion on this team and dissect it a little bit more. In the meantime, I have this testimonial submitted by a friend, Paul Worth.

When the Levines bought on Charles Street in 1963, our next-door neighbors at the time, the Worths and the Mahoney’s, greeted us like long lost kinsman. As time marched on, we remained friends until the inevitable changing of guards. Like the Garritys, O’Connors, Govers, and Longs before them, the Worths/Mahoneys pulled up stakes and new friends were made. Paul Worth, a few years older than me but like his sisters Mary and Clare, great neighbors that I have a trunk load of memories of. Paul went on to excel in football at Malden Catholic. Big and strong I’d watch him trudge home every night, helmet in hand, covered with turf from head to toe. Paul was a dirt dog who stuck his nose in every play. Through the miracle that is Facebook, I reached out to him for a comment or two on that 1965 team. Paul’s thoughts:

“Great football team. I know everyone talks about Frank ‘Red’ Harris and rightfully so as he was a great QB. To me, watching, I always felt Richie Cullen and Neil Hurley were the true catalysts of that team. They were both incredible athletes and great football players. All 3 had incredible college careers as well, Red at BC, Neil at Harvard, and Richie at BU. Imagine 3 Division 1 College football players on the same high school team? Incredible! I’d come home after those night games at the old Brother Gilbert Stadium, and I would dive into the leaves in the front yard and make believe I was Neil Hurley going in for the TD. But I really liked watching Richie Cullen play defense, so tough and fast. That was the thing about that team, they had speed everywhere. Steve Wishoski was the only sophomore who played on that team, and he had incredible speed. They had Bunky Cunningham on defense, incredible speed, and quickness. It was great team to watch.” Thank you so much, Paul.

As Peter Falk’s iconic TV character “Columbo” would say “Just one more thing, sir” – in the “they don’t make men like these anymore” department I bring to you a testimonial about Silver Star winner Torbert ‘Torby’ Macdonald brought to you by Alan Frazer in his Boston Evening American column called “My Boston” dated Tuesday, January 30, 1951:

“War clouds – Torby Macdonald, Harvard football captain in ’39, is in Europe with Congressman John F Kennedy who is studying conditions in all countries this side of the Iron Curtain. The pair will return in about a week…Torby’s wife is Phyllis Brooks, the former stage and screen star. In her husband’s absence, Phyllis has whipped up a promising TV show which she is launching today on WBZ with herself both as producer and emcee. She is sponsored by the kid leather people.

“Before leaving for Europe Torby, although a disabled (and decorated) PT-boat skipper, reactivated his commission as a lieutenant com in the Naval Reserve. When he carried this news home to Phyllis in Malden, she became greatly upset. ‘Don’t you know you’ve got two small children upstairs?’ she asked Torby. Torby waited until Phyllis had cooled off and then said: ‘Did you ever stop to think that it’s because of my two small children upstairs?’

“Torby continued to Phyllis: ‘I see all these high school kids, fine, sturdy boys but so very young, and I think back to when I was a kid and how little I knew about fighting a war. They are all swell but as far as I am concerned, they’re too young to be plunged right into war and it seems to me it’s up to us men who’ve already learned by experience.’

“Phyllis agreed. If her husband is called out, she will raise no obstacle to his going.”

“The Macdonald children will be of draft age some day and maybe that’s what Torby envisioned. Today, they’re only 5 (that’s Torby, Jr.) and 3 ½ (that’s Laurie). Little Torby says his own prayers but when his dad left for Europe with Jack Kennedy, Phyllis suggested: ‘Why don’t you ask God to keep Daddy safe?’ This is the prayer Torby, Jr. improvised: ‘Please take care of my Daddy in airplanes and autos and trains and everywhere, and God, I ain’t kiddin’.”

Just for the record not only did Malden’s Torby Macdonald receive the Silver Star but he was also awarded a Purple Heart, a Presidential Unit Citation, an Asiatic-Pacific Campaign Medal, an American Campaign Medal, and a World War II Victory Medal.

Postscript: I printed the following a little while back, but I feel an obligation to continue to remind Maldonians of the great men (and women) that came before us. Torby’s daughter Laurie had this to say about her famous dad: “As for the history, for the record, my father was President Kennedy’s roommate at Harvard, and life-long close friend. They both joined the navy, and both were PT Boat captains in WWII. My father was awarded the Silver Star and the Purple Heart for his wartime actions. He was an usher at Jack’s wedding and an honorary pallbearer at the funeral. In fact, my father had been with Jack in Palm Beach the weekend before the assassination. President Kennedy was also my older brother’s godfather. “Jack” and “Torby” both died far too young; the President in 1963 and my father in 1976 at age 58, after serving 21 years in Congress. It was his death that created the vacancy that now-Senator Ed Markey filled.”