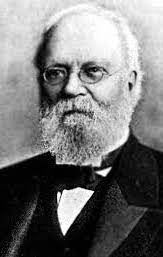 If there were ever any designated figures in Malden’s rich history that could be called “local royalty,” it would have to be the Converse Family. The Converse name is spread all over Malden’s history, and it is accurate to say this family is perhaps the most important and influential in city lore.

In September, a book that could potentially be regarded as the most detailed and informative account of the life and history of Malden’s “First Family” was published, and at Tuesday night’s Malden City Council meeting, the author made a presentation to the members. Since the meeting was televised, it was also made to the community at large.

Babitskaya was introduced by Ward 3 Councilor Amanda Linehan. “Inna [Babitskaya] is a local gem,” Councillor Linehan said. “This is her third book on local Malden history. She is a proud Ward 3 resident, and her book on Fellsmere Park and its history is simply amazing.”

“She always presents the history of the city in such an artful way from her unique perspective,” Councillor Linehan added.

In her presentation, Babitskaya touched on a variety of topics related to the Converse Family and illuminated a narrative which showed that many members of the family were involved and active in philanthropic efforts both locally and around the country. Babitskaya said copies of “Time of Converse” are available at the Malden Public Library, and it is expected in the near future she will be formally hosted for a presentation locally.

The most well-known of the Converse Family was Elisha Converse, Malden’s first Mayor, who first came to Malden in 1850, where he lived until his death on June 5, 1904. There, in 1851, he became one of the founders and directors of Malden Bank, which was reorganized as the First National Bank of Malden in 1864, and he served as its president for over 30 years, beginning in 1856. According to online sources, Converse became the president, director and trustee of other companies and institutions, including the Boston Belting Company, Rubber Manufacturers’ Mutual Insurance Company, Revere Rubber Company, Exchange National Bank of Boston, Five Cent Savings Bank and Wellesley College.

In 1853, Converse opened the Boston Rubber Shoe Company in Malden that employed 3,500 people and became one of the largest rubber manufacturers in the USA. In 1875 his factory was severely damaged by fire, but he managed to rebuild it within a few months. The business was so prosperous that it expanded to Melrose and later opened branches around the country and even in England. Converse was company treasurer and general manager for 40 years, and president from 1893, according to online reports.

“It was certainly an amazing family who did so much for our city and whose legacy extends to today,” Ward 6 Councillor Steve Winslow said at the meeting. “We are very appreciative of Inna Babitskaya for the care she takes in writing about Malden’s history.”

“Thank you for keeping Malden’s history alive,” Ward 4 Councillor Ryan O’Malley told Babitskaya. “Your contribution is so valuable to our community.”