U.S. Army soldier who died in Korean War POW camp will be interred with full military honors in Malden 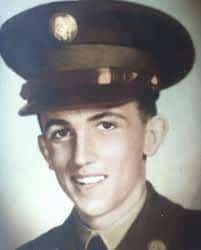 They “fought ’til the last bullet” and ended up being captured by North Korean and Chinese forces. Now, over 70 years after he died in a POW camp during the Korean War, a then 19-year-old U.S. Army Corporal will be properly honored this fall when he is buried with full military honors in a Malden cemetery.

Army Cpl. Joseph J. Puopolo was one of many teenaged recruits who fought for his country in the Korean War waged by the United States military and Allied forces from 1950-1953. The U.S.-led military intervention began when the Communist-backed North Korean Army invaded democratic South Korea with the intention of annexing that portion of the Korean peninsula. In late 1950, Puopolo was a member of C Battery, 38th Field Artillery Battalion, 2nd Infantry Division Artillery, 8th U.S. Army. He was reported missing in action on Dec. 2, 1950, after his unit attempted to withdraw from Kunu-ri, North Korea, on Nov. 30, following the Battle of Ch’ongch’on.

In 1953, four POWs who returned during “Operation Big Switch” – a mass prisoner of war exchange – reported Puopolo had been a prisoner of war and died in February 1951 at Prisoner of War Camp #5, which was located in Pyoktong along the Yalu River in North Korea. Cpl. Puopolo, who was just 19 years of age the year he died in captivity, was living in East Boston at the time of his service in the Korean War, but he was part of a large and well-known Malden family that had roots in the local community for many years.

Recently, using data from many sources and through its own intensive investigation, the Defense POW/MIA Accounting Agency announced that Cpl. Joseph J. Puopolo, who died as a prisoner of war, was accounted for on Aug. 23, 2022.

“As a kid one of the things we knew was we had a war hero in our family. We always believed we’d find him,” said Richard Graham, of Needham, of his late granduncle. “It’s a really big thing that’s happening; our family is very happy to know we’re going to get this closure.”

Graham, Cpl. Puopolo’s grandnephew, recalled stories about his ultimate sacrifice and the bravery Cpl. Puopolo and his battalion mates showed in an online interview. “Joseph Puopolo was a prisoner of war. He was captured and he was a war hero. He fought against North Korea and Chinese forces,” Graham said.

“These guys fought until the last bullet. They didn’t just surrender. They ran out of ammo,” Graham continued. “They were cut off from the lines and they had no possible way of defending themselves once their guns were gone.”

Cpl. Puopolo also has a 99-year-old sister, Elizabeth, who resides in Winthrop.

The family expects Joseph Puopolo’s remains will be flown from Hawaii to Logan Airport sometime this month. A military and State Police escort will stop at his old East Boston address before a burial with full military honors in Malden, Graham said.

Here is an excerpt from a report compiled on Cpl. Puopolo’s accident from the Defense POW/MIA Accounting Agency (DPAA):

“In late 1950, Puopolo was a member of C Battery, 38th Field Artillery Battalion, 2nd Infantry Division Artillery, 8th U.S. Army. He was reported missing in action on Dec. 2, 1950, after his unit attempted to withdraw from Kunu-ri, North Korea, on Nov. 30, following the Battle of Ch’ongch’on.

“In 1953, four POWs who returned during Operation Big Switch reported Puopolo had been a prisoner of war and died in February 1951 at Prisoner of War Camp #5.”

In the late summer and fall of 1954, during Operation Glory, North Korea returned remains reportedly recovered from Pyoktong, also known as Prisoner of War Camp #5, to the United Nations Command. None were associated with Puopolo. One set of remains disinterred from Camp #5 returned during Operation Glory was designated Unknown X-14430 and buried at the National Memorial Cemetery of the Pacific, known as the Punchbowl, in Honolulu.

In July 2018, the DPAA proposed a plan to disinter 652 Korean War Unknowns from the Punchbowl. In December 2019, the DPAA disinterred Unknown X-14430 as part of Phase Two of the Korean War Disinterment Plan and sent the remains to the DPAA laboratory at Joint Base Pearl Harbor-Hickam, Hawaii, for analysis. To identify Puopolo’s remains, scientists from DPAA used dental and anthropological analysis, as well as circumstantial evidence. Additionally, scientists from the Armed Forces Medical Examiner System used mitochondrial DNA (mtDNA) analysis.