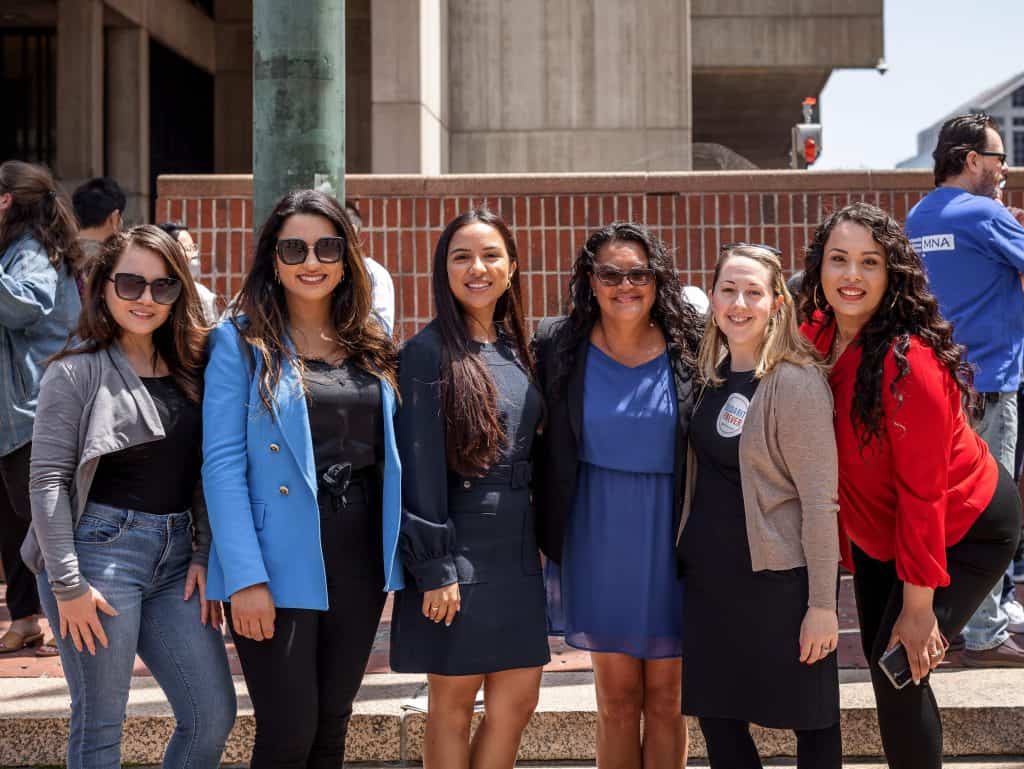 “When app-based companies like Uber Lyft and DoorDash propose a deceptive ballot question that would deny employees vital workplace protections, we take it as a direct attack on working women — especially women of color and immigrants,” said Boston District 6 City Councilor Kendra Lara, who recently submitted a resolution to the Boston City Council against the ballot proposal. City councilors in 6 other cities are working to pass similar resolutions.

The corporations behind the ballot question have already poured more than $18 million into a campaign pushing the measure. If passed, the proposal would classify app-based drivers as independent contractors rather than employees, denying them essential rights and protections under Massachusetts law. The measure also threatens to shield Uber and Lyft from liability toward drivers and riders across the state in the event of an accident, injury, or other incident.

“This ballot question says drivers will retain their flexibility, receive benefits, and be paid 100% of minimum wage. It’s more lies,” said Lisa Call, a member of the Massachusetts Independent Drivers Guild. “If a worker is only paid for two-thirds of the job, then she is being paid well below minimum wage and we cannot pass a law that makes that legal.”

“Our families are being negatively impacted and the narrative that is being used to support H. 1234 and the 2022 state ballot initiative is misleading,” said Norieliz DeJesus, City Councilor for District 3 in Chelsea. “Our families need to be recognized as employees, with all employee benefits.”

“We’re not going to fall for the okey doke” said Renee Dozier, business agent at IBEW Local 103. “We are Massachusetts, we’re better than that. Everybody spread the word: workers can’t live on $4.82 an hour!”

The event followed a number of recent reports of unsafe situations in the app-based workplace. Opposition to the ballot measure is quickly growing, as it would further enable Uber, Lyft, Instacart, and DoorDash to shirk responsibility to those who rely on their services. In Boston and beyond, drivers, riders, and elected leaders are sounding the alarm about the numerous risks the measure poses to Massachusetts. Workers and passengers are in jeopardy, and communities across the commonwealth are banding together against financial and legal exploitation at the hands of Uber and Lyft.