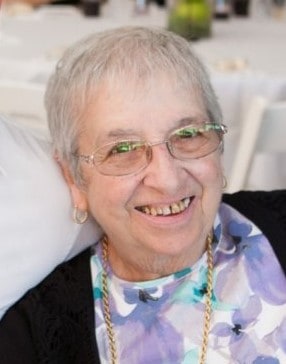 Of Malden.  A lifelong resident of Malden, passed away on August 22.  Ann was born in 1941, the daughter of the late Joseph and Concetta Miraglia.  She was raised in Malden and graduated from Malden High with the class of 1959.  Ann spent most of her career in the field of accounting.  In her free time, Ann enjoyed water aerobics and exercises with the Mermaids at the YMCA.  Ann also enjoyed spending time with her family and friends.

Ann leaves behind her lifelong partner of 45 wonderful years, Marguerite “Meg” Cooper also of Malden.  She is the beloved sister of Lucille Kenney and her husband Edward of Winchester, Vivian Doherty and her late husband, Alan of Middleboro and Vincent Miraglia of Malden and his partner Susan Ramsdell of Burlington.  She is also survived by her nieces and nephews, Edward L. Kenney, Jr., Todd Kenney, Ronald Kenney, Larry Hanson, Karen Merianos, Maureen Hume, Kevin Miraglia and her dear friend, Daniel Cooper.