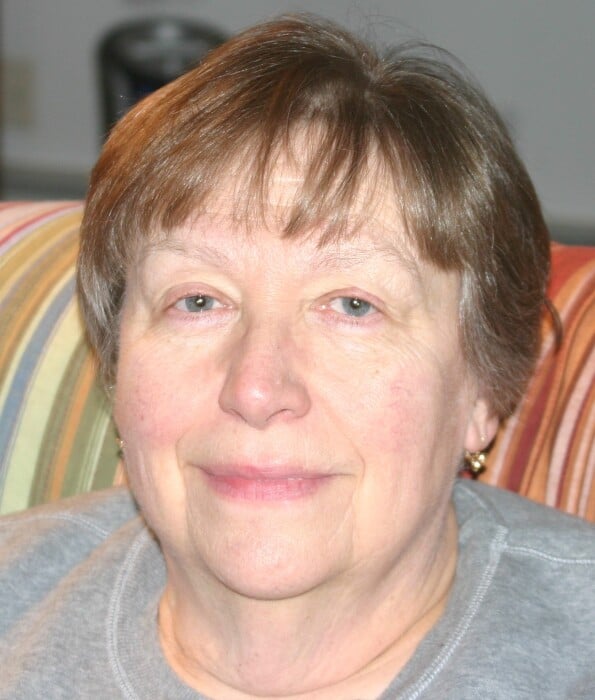 Of Malden.  A retired Radiation Oncologist, passed away on Friday, September 16th, in

Burlington after a brief illness. Astrid was born in Winthrop, MA in 1945, the daughter of Fredrik W. and Elna M. Peterson. Astrid was raised in Malden and graduated from Malden High School with the Class of 1963. She graduated from the Massachusetts General Hospital School of Nursing in 1966 and became a Surgical Nurse. After being widowed, Astrid continued her education while working as a nurse, attending Boston University Medical School’s 6-year program, graduating in 1977 with her Doctorate in Medicine. Initially, Astrid pursued Surgery as a specialty, but the demands of the job left her little time to watch her daughter grow. She switched to Diagnostic Radiology as it allowed her the time for her daughter and family, but it lacked the direct contact with patients she enjoyed. She eventually settled in the field of

Radiation Oncology as it offered her the best use of her skills. Astrid worked for many years at Lowell General Hospital before moving her practice to Holy Family Medical Center in Methuen. Her outlook on what others would have considered a heartbreaking profession was that “some people you can cure and some you can improve the quality of the life they have remaining”. Astrid treated her patients with the greatest compassion and was always willing to take the extra time to counsel patients and their families or to offer comfort during the most challenging times of their lives. She worked for over 40 years in the field before retiring in 2015, much to the disappointment of her patients and colleagues.

Astrid met Richard C. Swanstrom through a youth group at St. Paul’s Episcopal Church and they became sweethearts. In June of 1967, Astrid and Richard married and the two settled down in Malden. They were married for a little over a year when Richard suddenly passed away in 1968. Astrid dedicated herself to raising their daughter Brigitta born shortly after his death.

Astrid was not an avid traveler. She dedicated so much of herself to her work, that she was most content to spend her free time at home doing gardening, attending to small home improvement projects, or taking day trips around the region. She enjoyed dog(s), reading, crafts, and shopping but her greatest joy was being surrounded by all her family, especially on the holidays.

Astrid is survived by her daughter Brigitta of North Reading, her brother-in-law Sten af Klinteberg of Gloucester, and by many loving nieces, nephews, great-nieces, and great-nephew. Astrid is also survived by the most recent joy in her life, her pup Hazel.

Astrid was preceded in death by her husband, Richard, her sisters Barbara Edkins and husband Robert, Lila af Klinteberg, and Jean Chambers and husband Walter.

Funeral services will be held at St. Paul’s Episcopal Church, 20 Washington St, Malden on Tuesday, September 27th, at 10 AM, with interment to follow in Forest Dale Cemetery.

Visitation will be held at the Weir-MacCuish Golden Rule Funeral Home, 144 Salem St, Malden, on Monday, September 26th, from 4 – 8 PM.

For those who wish to honor Astrid with something other than flowers, memorial contributions in her name can be made to the Massachusetts Society for the Prevention of Cruelty to Animals (MSPCA) or to the American Cancer Society both charities close to her heart.