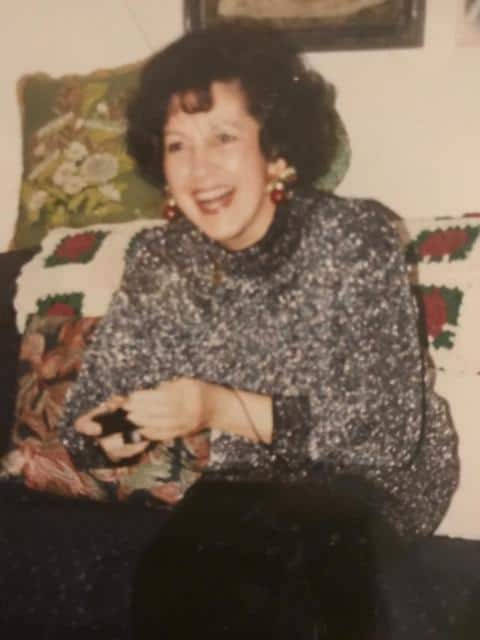 Of Malden.  Devoted mother, grandmother, and great grandmother, passed away on Friday, September 2. Born in Malden in 1936 to John and Francesca Pellegrino, Frances was an honor graduate of Malden High School. In 1958 she married Frederick Ciavarro, and together they shared nearly 50 years of marriage until Fred’s passing in 2005.  Frances was a dedicated employee of Princess House Home Sales and later spent most of her working years proudly serving as an administrator in the Romance Languages department at Tufts University until her retirement. Her colleagues knew Frances as a committed employee; always striving to serve others and always willing to go above and beyond to help. As one who valued civic engagement, Frances assisted in teaching Sunday School classes and organizing youth sports leagues for the Sacred Hearts Parish in Malden.

Frances and Frederick raised five sons, making for exciting times at home.  Frances, known affectionately as Fran, rejoiced in the chaos of a house filled with the sounds of her family. As generations below her continued to grow, her joy amplified as grandchildren, and later great grandchildren, adorned her home with laughter and love.  She was known for hosting beautiful gatherings where family and friends would share times of community and fellowship with one another.  Frances will be remembered for her steadfast commitment to her family.

Frances also had a deep love for animals and supported local animal charitable organizations while also adopting cats to care for.  She will be remembered by family as a skilled seamstress, a phenomenal chef, a champion Scrabble player, and a devout American patriot. Frances’ hobbies included crafts, ceramics, gardening, bowling, and learning tap and ballet.  She also enjoyed traveling with her family, making as many trips to Italy as she could.  She had a witty sense of humor, an unmatched generosity towards others and highly valued family time, a trait that has been emphasized in those that she leaves behind.

Frances was preceded in death by her husband, Frederick, and their sons, John Ciavarro and Joseph Ciavarro Sr., her siblings, Mary Morrison, Nancy Rohwedder, Mazie Thompson, John Pellegrino Jr, Charles Pellegrino, and Grace Scorsello. She is survived by her sons, Michael Ciavarro, Paul Ciavarro, and David Ciavarro; her grandchildren, Jessica, Marissa, Paige, Giuseppe, Paul, Amanda, Kristin, Joseph, and Nicholas; and her great grandchildren, Madelyn, Gianna, Ezra, Siena, Wyatt, Kimberly, Danielle, and David Jr. – all of whom lovingly adored her.  Frances lived a full and joyous life treasuring time with her loved ones and always helping those around her.

Funeral services will be held from the Weir-MacCuish Golden Rule Funeral Home, 144 Salem St, Malden on Friday, September 9th, at 8:45 followed by a Mass of Christian Burial in the Immaculate Conception Church, Malden, at 10 AM.  Interment to follow in Forest Dale Cemetery, Malden

In lieu of flowers the family asks that a memorial donation or contribution be made to either St. Jude’s Hospital for Children or the American Society for the Prevention of Cruelty to Animals.