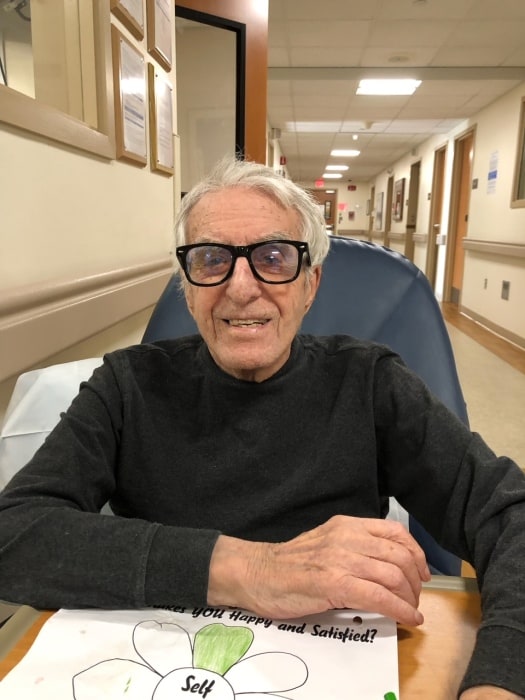 Of Malden, passed away on Sunday, August 7th, at the age of 98.  Joe was born in Cambridge in 1924, the son of Geatano and Victoria Perrone.   He was raised and educated in Malden, and after completing his education he began working at the Lawley Shipyard in Quincy as a welder.

When WWII broke out, he enlisted in the US Army, serving as a Combat Engineer in the European Theater.  He served with distinction earning both a Purple Heart and a Bronze Star.  Upon his honorable discharge at the end of WWII, he returned to the Malden and soon married his sweetheart, Alba Pinciaro.  The two lived a short time in Revere and Everett before settling down in Malden to raise their family.  They shared nearly 60 years of marriage until Alba’s passing in 2004.

When he first returned from the war, Joe worked at Hawkridge Steel in Malden.   He then trained as a Barber underneath his father, and began working with him at Perrone’s Barber Shop in Linden Square.  In the 70s, he took employment with the City of Malden and worked as a Custodian in the Forest Dale School until his retirement after 20 years.   He was a member of the Sacred Hearts Church in Malden, and was also a past member of the Elks Lodge of Wakefield.

He is survived by his children, Guy Perrone of NM, Joseph Perrone Jr. of Lynn, and Loretta Rogodzinski of Malden, his grandchildren, Jay, Andrew, Laura, and Amanda, and his great grandchildren, Adeline and Vincent.

Joe was preceded in death by his wife Alba Perrone.