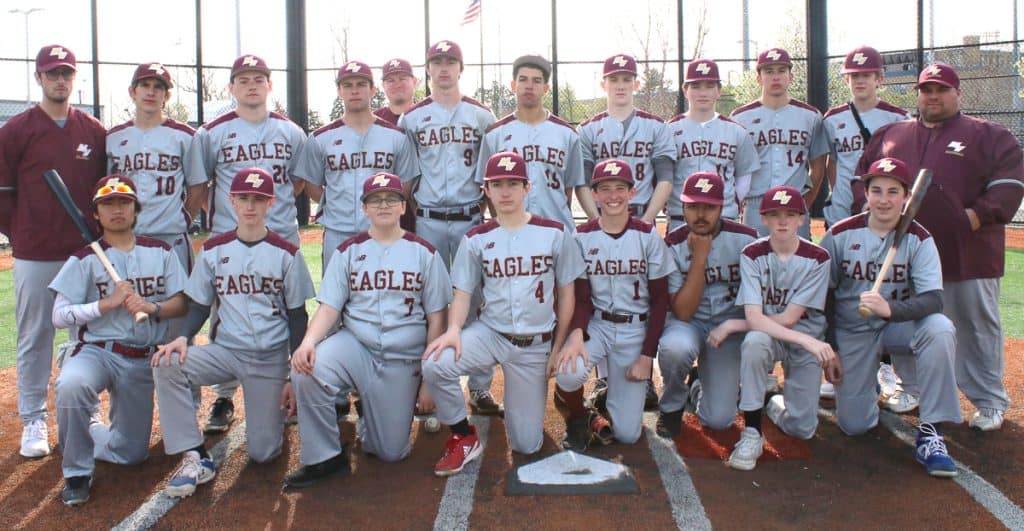 After finishing 17-4 on the regular season this past weekend, the Mystic Valley Regional Charter School boys’ baseball team defeated Greenfield High School by a score of 2-0, advancing Mystic Valley to the Sweet 16 in the Massachusetts State Baseball Tournament. It was not easy starting with a two-hour bus ride from Malden to Greenfield, and it ended with closer Dylan Santoro coming in for one-third of an inning, up by two runs, with runners on first and second. Santoro, with ice in his veins, threw four pitches to strike out Greenfield and end the game.

Mystic Valley’s starting pitcher, Brandon Paris, was stellar, pitching shutout ball for six and two-thirds innings and letting up only two hits, while striking out five. Paris handled the immense pressure with ease, but he didn’t do it alone, having some great defense behind him. In fact, after taking an early lead (1-0) in the first inning, Greenfield had a runner on second with two outs, and their batter hit a sinking liner to left that looked certain it would drop for a hit. Instead, senior left fielder David Jankowski robbed him with a diving catch, saving a certain run that would have tied the game.

For Mystic Valley the game was a defensive gem. Right fielder Jack Mangone caught three fly balls; two of the three were line drives in the gap that he had to track down. Center fielder Lukas DeGuire, not to be outdone, also made an outstanding play: tracking down a line drive in right center and making an on-the-run catch. Behind the plate – besides calling a great game – senior Jake Stover picked off a runner at second base; shortstop Dylan Santoro had to pick the ball off the ground to tag out the runner, ending a threat in the fourth inning.

While the defense was making potential game-saving plays, the offense was chipping away at a very good Greenfield pitching staff. In the first inning, Mystic Valley capitalized on a dropped third strike that got Dylan Santoro to first base. Two hits later freshman Joshua Stover drove him in with a base hit to right. Although Mystic Valley’s offense would threaten a few more times, they wouldn’t score their second and final run until the fifth inning when Jack Mangone singled to start the inning off and advanced to second and third on wild pitches. Mangone was then driven in by a sacrifice fly to right hit by Jake Stover.

“This game was pressure packed from the opening pitch,” said first year Head Coach Bryan Straccia, “and now Mystic Valley has a chance to do what no other Mystic Valley baseball team has ever done, make it past the sweet sixteen to the round of eight.”

Mystic Valley’s next game will be against Mount Greylock, another Western Mass. team. 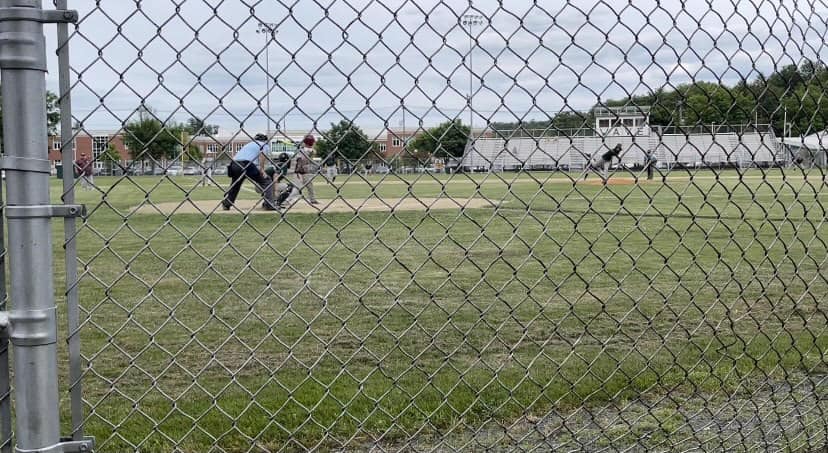