Antonio’s Garden: A splendid greenery beside the ocean 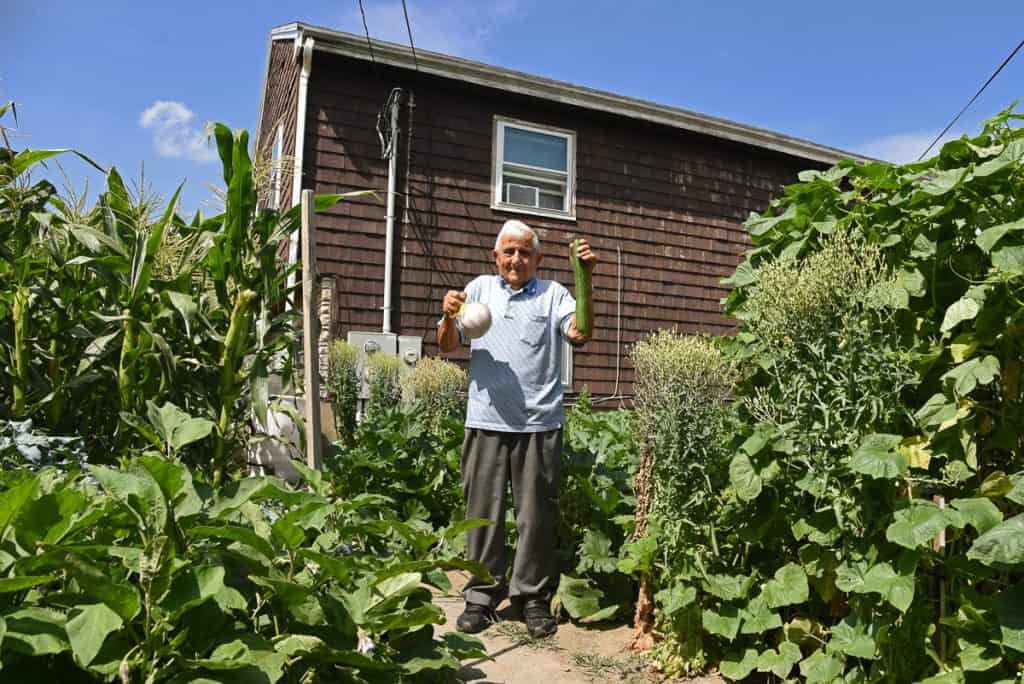 Eighty-six-year-old Antonio Dello Iacono stepped into his toolshed to grab a small knife; its wooden handle was worn from decades of toiling in his garden. Parting the leaves gently, Antonio reached below the thicket to trim a colossal eggplant and nearly two-foot-long zucchini from their stems.

“I eat peppers every day,” smiled Antonio. “I put some in vinegar. They last all year.”

The retired general contractor and mason enjoys tending to the farm of his Revere Beach home in the mornings. Although harsh gusts battered many of his plants in the spring, his land is now abundant with fresh cucumbers, celery, basil, 120 tomato plants, and towering corn stalks. Lush hydrangea bushes, full impatiens and an angel statue adorn the front entrance.

“I built a house on the ocean,” explained Antonio, whose family lives next door. “In the summer it’s beautiful. The wind is nice. I have a fig tree, peach tree and chestnut tree in front of the house.”

Antonio emigrated from Italy to America in 1958, at age 20, and has been harvesting his own fruits, vegetables and herbs for 60 years. His wife, Antonietta, who prefers cooking in the kitchen, jars their own tomato sauce.

“I keep busy,” said Antonio, who is the father of two children and nonno of five grandchildren and three great-grandchildren. “With the grass, you have to cut it every week. Do what you can and keep busy.”